Multi-instrumentalist, vocalist, producer, and songwriter Jordan Rakei is currently working on his fourth studio album, What We Call Life, but in the interim, he shares the visuals for his single "Family" which serves as the perfect precursor. The mellow and reflective textures ripe with a prominent bass line that holds the framework of the beat as synths, lush keys, and guitar plucks come into play. Rakei goes down memory lane, taking snapshots of life with his family from ab initio till present. The song prominently deals with the divorce of his parents in his mid-teens and how he processed the whole affair. He takes a look back and reaches the conclusion that the love is still there even though mom and dad are not together

Rakei's soft vocals take prominence here and reach a crescendo as the backdrop progresses into the chorus section. The slow build-up is what makes the song dynamic with the ebb and flows of the sounds right before layered vocal harmonies come into play. The video is full-blown nostalgia and makes use of a multitude of abstract images, home video clips, and a recurring motif that ties it all together. It also captures the singer in the studio making music and straying from using performance shots really gives this a heartwarming and natural touch. The Artwork was created by Canadian-born, Los Angeles-based visual artist Justin Tyler Close (who has worked previously with the likes of Laura Marling), who resonated with the themes on Rakei’s album. The image was created in a remote photoshoot, with Rakei sending images over the internet that were projected onto a sheet and photographed by Close.

Doja Cat partners with Vevo for visual for "Ain't Shit" 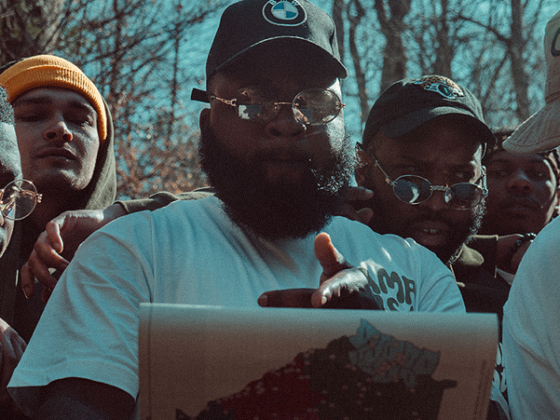