There is a revolution taking place on the Emerald Isle. Every single day, a new artist is popping up and pushing the boundaries of artistically visioned music in Ireland. The music industry continues to prove to be an evolving monster that crushes as much talent as it cultivates. However, this Irish Revolution has injected new life into the country's art scene and inspired some of the best music to come off the island in years. No act has led the creative charge more than Dublin's resident "Softboy," Kojaque. A week ago, EARMILK had the opportunity to sit down with Softboy Records co-founder to discuss politics, creativity and most importantly, the imminent release of his much anticipated debut album Town's Dead.

Kojaque has built somewhat of an empire on the Irish soil over the past few years. He established a cult-like following in his formative years with releases such as his debut mixtape Sunday Roast. He followed this up with the two tracks that solidified his place in the hip-hop scene, "Midnight Flower," and "WiFi Code." His zany flows and inherent vocal tone as well as his innate ability to create simply outstanding visuals led to his adoration from the Irish hip-hop community and tastemakers alike. His debut EP, Deli Daydreams is by far one of the strongest projects to come out of Ireland in the last ten years and bagged him a Choice Prize nomination. After several headline tours and exhausting the festival circuit, Kojaque released the Green Diesel mixtape with his label mate Luka Palm. The duo would would then go on to support the likes of slowthai and Lana Del Rey across Europe. One of the few true success stories in Irish hip-hop was unfolding before our very eyes.

With all eyes locked on him and with the hype built to a fever pitch, Kojaque finally announced his debut album, Town's Dead. After dropping off singles such as "Coming Up," "No Hands," and "Town's Dead," we got a sneak preview of what exactly to expect on this album. A more experimental, industrial project is on the horizon for Kojaque fans. The album takes place over New Year's Eve in Dublin City. You are taken on a journey by Kojaque and you see things through his eyes. When asked, Kojaque explained that the idea of the concept came to him years ago: "It started with four or five foundational tracks that I wrote when I was 16 and I knew then I wanted a narrative to tie these together. So I put them to one side". When asked about other concept albums in hip-hop that he drew from for inspiration, Kojaque referenced Kendrick Lamar's Good Kid, M.A.A.D City as a big inspiration. "If Kendrick was from Cabra, what would it sound like?"

When asked about the fact he has been performing some of these songs at live shows for the last five years, Kojaque recounted how people have been asking him about these songs for some time, going as far as to tweet him the samples he used in one particular song. "It shocked me because this was just a song that I had to do because I didn't have that much music out at the time and the fact that these songs were having that effect on people told me I was doing something right".

Discussing the emotional aspect of the debut album and its concept, Kojaque discussed how the theme of depression is very prevalent in the album. "A considerable amount of the album deals with depression. Whether it is my direct experience or other people's". He goes on to to describe the role the frustration toward the "powers that be" played in inspiring him during the album process. "It deals with how frustrating it can be being a creative in Dublin. Trying everything you can to either make it out or even improve the place but overall I feel that its a hopeful record even though it deals with the darker aspects as well".

When questioned about the notable change of sound on certain records on the album, Kojaque explained his process. "When I started I was obsessed with sample heavy tunes. Slum Village, J. Dilla, A Tribe Called Quest were huge inspirations for me. I suppose I thought at the time that there is one way to make hip-hop and that was it. As you grow, your taste changes and grows and the album is a reflection of that growth. So my other inspirations kind of bled through. A lot of pop-punk, industrial trap. Listening to a lot of Viagra Boys and Girl Band."

When discussing the tumultuous political landscape in Ireland, Kojaque kept it short, sweet and to the point. "We need a new government. Fuck the government".

After making his point extremely clear in a few but potent words, he discussed the partnership between his independent label Softboy Records and PIAS/Different Recordings who are handling this album's release as a team. "I presented them the album when it was finished. They said 'sick, we like it.' I went and worked on the art direction with Oscar Torrans. I presented that to them. They said 'sick, we like it.' They gave me the funding to execute my vision and for that I am extremely thankful. Fair play to them".

The music scene in Ireland is in a special place. Kojaque is fully aware of it. Discussing his hopes for the future of Irish music he hopes that the perception of "it's good for Ireland" changes quickly. "With the internet now, there's a whole world out there. Theres no shortage of talent in Ireland and no reason why we can't shine on the global stage".

As the world opens back up and begins to recover from the COVID-19 pandemic, Kojaque is hitting the road. His Town's Dead Tour will touch cities such as Amsterdam, London, Paris and a sold out show in Dublin's Olympia Theatre. Giving fans a sneak preview of what to expect, Kojaque let us know how cooped up he has felt over the past year. "Expect mayhem. Expect carnage. I'm like a caged animal. I've been locked up too long. A lot of stage diving. A lot of mosh pits. Chaos. Pandemonium."

Kojaque has built this whole thing from the ground up. He has been breaking moulds since he burst onto the scene and this new album will break as many if not more barriers than his other releases. A true generational talent and probably Ireland's best export in the last ten years. 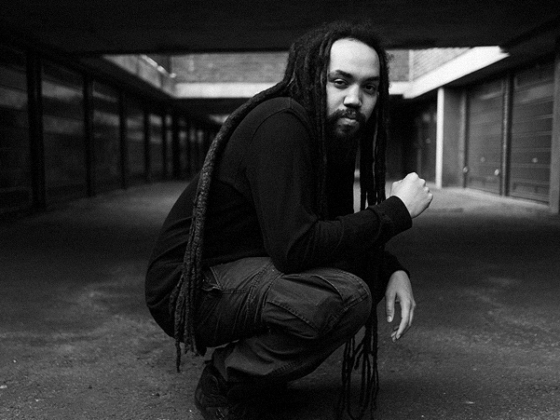 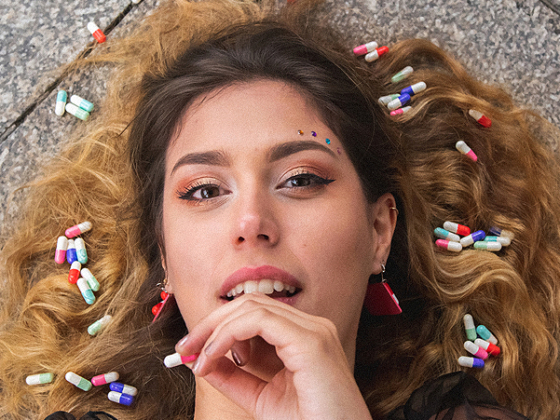