One of the underrated markers of impactful artistry is the ability to evolve through the course of one’s career. For someone like Tony Allen, the legendary drummer known for pioneering afrobeat with Fela Kuti, it would be understandable if he wanted to stay in that lane year after year. Afrobeat bands still rock dance floors to this day, after all, and Allen’s playing never dipped before his unfortunate passing in 2020. In recent years, however, the maestro has been ushering in new eras of artists and sounds, culminating in the release of his posthumous album, aptly titled There Is No End, out now on Blue Note Records. The stunning LP reflects Allen’s expansive creativity and features bright young talent like Sampa the Great, Danny Brown, Lava La Rue, Skepta, and more.

Allen’s musical mastery is on display throughout There Is No End, with a scrumptious blend of fresh ideas and his unmistakable touch on the drums. A proverbial (or literal) needle drop on any of the album’s 14 tracks will reveal Allen’s familiar and effortlessly stylish drumming identity, which nods back to his time with Fela while also pushing the music into uncharted territory. The album’s production, which was helmed by Allen, Damon Albarn, and Remi Kabaka, gives the work a connective tissue that, along with Allen’s playing, ties the diverse music together.

One of the early standouts in the set is “Stumbling Down,” in which Sampa The Great shows off her dexterous flow over a plodding tempo and brooding production. The track blends effortlessly into the moody “Crushed Grapes,” which features Lord Jah-Monte Ogbon, whose pointed vocals give the music an edge that contributes to the stylistic stretching. If there were a singular anthem from the set, it would be the Zelooperz feature “Coonta Kinte.” The hard-hitting song addresses racial disparities with impact and style, emphasized in the beautiful hooks with their intricate guitar layering.

There Is No End has no dull moments, but the latter half of the album is highlighted by tracks like “One Inna Million,” which has shades of Little Dragon, “Deer In Headlights,” where Danny Brown’s brash style in matched with an otherworldly groove, and one the LP’s early singles “Cosmosis,” which finds Skepta and Ben Okri trading verses reflecting on love and society.

Tony Allen proves on There Is No End that beyond his role as a luminary drummer, he was also a shepherd for the music of the future, shining a light on the next generation of artists. Additional guests on the LP include Koreatown Oddity, Tsunami, Nah Eeto, Jeremiah Jae, Nate Bone, and Marlowe. With undeniable connections to his musical roots, the album provides a worthy sendoff for Allen whose creativity never ceased. The album’s epilogue features an inspirational quote from Allen that sums up the project, as well as his life’s work: “There’s no end, we just have to explore and express.”

There Is No End is out now and available to stream or download here.

Wohdee's "Vain" is more than meets the eye [Video] 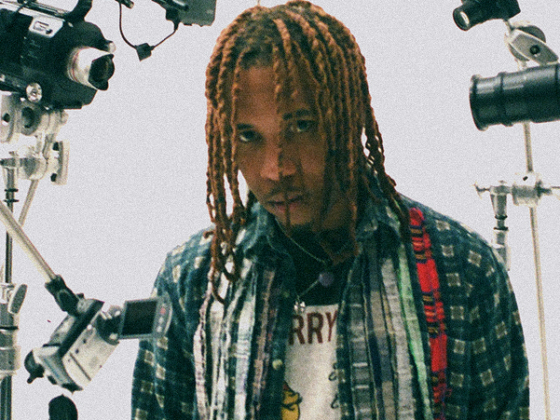