Kansas City-based rapper CHRIS CART3R is gearing up for the summer with his latest release, “Beach Front.” The release is accompanied by a new music video featuring the infamous foggy beaches of northern California with the Golden Gate Bridge as the backdrop and picturesque views of the Bay Area. The track is the frontrunner off his recent EP release, RTG. Teaming up with fellow Missouri rapper and California native GetItRogers, the single gives listeners a taste of the midwest talent with a west coast influence.

“Beach Front” has a smooth and melodic trap beat. While it serves deep bass, it also delivers an atmospheric and mellow sound. The track is reminiscent of a Juice WRLD record, but CART3R’s lyricism is grimier and sharper. He raps, “Summertime flow like it’s time to bring the tops down / Last year I was down bad but now I'm up and I deserve it .” Listeners can hear the Midwest influence with every bar. His verses are fast with a chopper style tempo, but his flow is also similar to the laid-back demeanor of West Coast hyphy sound.

CHRIS CART3R brings an effortless energy to his overall demeanor and performance.  He describes his outlook on the single, “I love this track. It makes me want to ride around with the windows down, song blasting, with a blunt in my hand….yes, windows. I'm whippin’ a Mazda.” 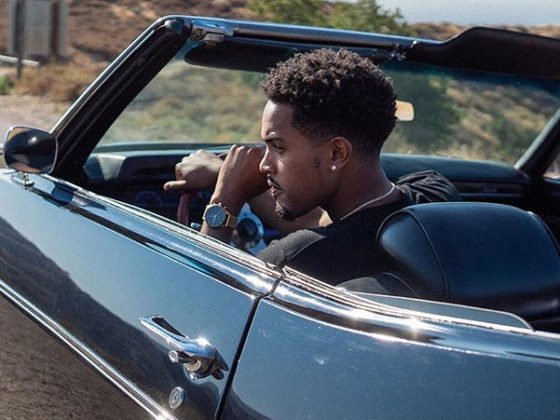