Parisian trio Keep Dancing Inc have been on a monumental high since the release of their debut album Embrace last year. Now, the band share their buoyant new single "Old Child" which arrives paired with impeccable visuals.

Taken from their debut album, the single continues the band's path of infectious electro-beats. Exhibiting their class balance of synths and groovy guitar lines, the single revels in the band's frenetic energy to creat a solid piece of indie-pop euphoria. “To bring this music video to life, we decided to work with Walter Films, who took care of almost all the visuals for Embrace. We shot it in one of our favorite Parisian venues La Boule Noire (Pigalle) which unfortunately still cannot host concerts due to COVID restrictions” explain the band.

Drawing on kaleidoscopic elements, the band's prismatic sounds capture the essence of feelgood tunes that draw you into an empowering mood. Produced with hints of disco, the single is a climatic track that showcases the band's complexities. “In this music video we decided to play with different aesthetics codes" the band continue. "Our idea was to play with two opposite worlds: a real and a digital one. We used some LED screens to bypass reality and expose a vacuum space in which the laws of physics are upset”.

There's nothing I want more right now that to be spinning around to this at some low-key indie club night. This will quite easily get the drinks pouring and the freedom felt. 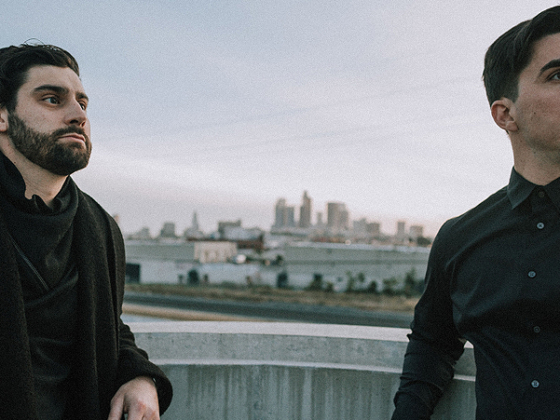