Playing it cool in relationships has become a modern-day circus act. On her debut single, "Cool Grl," Maisyn, otherwise known as Jessi Mason, rejects the concept of conditional love, while showing us the inherent value of vulnerability; while the accompanying music video reminds us of the longing that surrounds being with someone who is unable to meet our needs.

The first two lines of "Cool Girl" immediately pull us in as Maisyn sings, "You say fucking and feeling are things you keep separate / But would you ever think of amending that just for second." Over the sounds of lush guitar and distinct percussion choices, this immediately sets the scene for the dichotomy that exists within this relationship.

The accompanying music video, directed by Kiersten Friesen, shows Maisyn in different rooms, moving ever so delicately, similarly to how someone may act if they're repressing who they really are, almost as if they're walking on eggshells. The through-line between each scene, in this vintage-style house, is the mint green phone that she occasionally dials, picks up, and puts right back down. The phone seems to symbolize the temptation of reaching out to someone who's inconsistent behavior leaves you always wanting for more.

The chorus brings us to a stalemate, "I know I said I was good / At being unavailable / But baby ooh you got me beat / I can't be a cool grl honey cause I want you to love me." As we are led into the second verse Maisyn's vocals swell, adding a dash of vibrancy that only intensifies throughout the rest of the song, particularly in the momentary break right before the last chorus. We watch as she embodies the aura of a cool girl, while simultaneously rejecting the idea of being one, if it means giving up parts of herself.

The idea of having to play it cool, so as not to come off as clingy or "too much," is one that has been propagated by pop culture for years and has been a detriment to how women feel they need to behave in relationships, "To me, the ultimate cool grl is indifferent, effortless, and of course a construct of romantic-comedy-driven imagination," Maisyn says. "For most of my life I desperately wanted to be the cool grl because I was afraid that wanting to be wanted would turn me into a cliche. At this point I’d rather be emotional and messy than nonchalant and bottled up.” 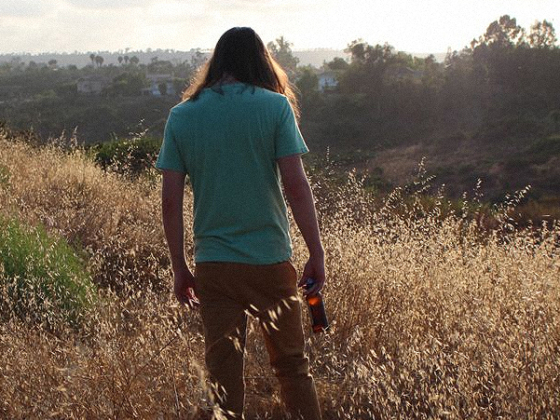 Scoobert Doobert goes with the flow on "Don't Know Much"