“Maybe It’s Just Rare” was born when The Undercover Dream Lovers (AKA Matt Koenig) set out to film a day in the life of his work flow. The objective was to invite his listeners to see his process for themselves, while just making a simple arrangement. Somehow Koenig found himself with enough material for a whole song. “I noticed since I was on camera, I was going with all my first instincts in order to keep a nice flow of material for Jordi [Tager] to capture,” says Koenig. “I liked how it enabled me to not overthink each element of the idea.”

The Undercover Dream Lovers is just Koenig’s project, but he recently collaborated with NEIL FRANCES (he says they plan on doing more down the line). “Ironically I always wanted to be in a band,” Koenig explains. “Live shows were my original pull towards a career in music but my obsession with learning how things work and the process of recording music fixated me and caused me to spend a lot of time alone at the computer.” To make up for this, he has set his artist name in plural, creating a brilliant illusion of multiple minds at play, even though in reality, it's Koenig and his computer. He also has several postponed shows waiting for their time to shine.

Quarantine has enabled this habit even more, sending Koenig into a productive time warp. After releasing his debut record It’s All in Your Head in 2020, he has already gathered ideas for another record. It will be some time before we hear it though, because he plans on accumulating four times more songs than he needs and selecting only the strongest to be on the record. For now, we can look forward to more singles and upcoming collaborations.

When Koenig isn’t amassing new tracks, he is staying up to speed with the rapid news cycle and trying to develop routines. He passes the time in YouTube rabbit holes about space and the future (and on All Gas, No Brakes).  He balances that out with runs and games of chess and tennis. 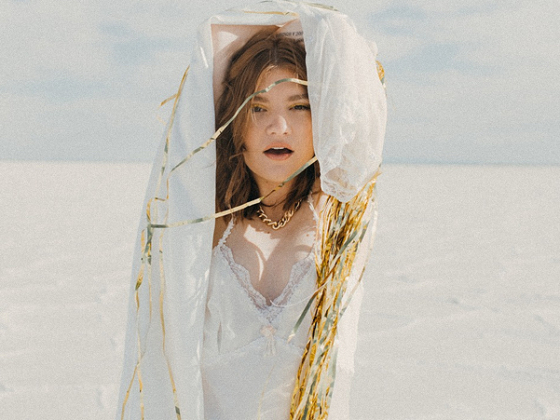 Sophie Blair asks "Are You Thinking About Me??"

Farhot link with JuJu Rogers and Nneka on "Check"