Arlo Parks's music was a definitive part of my 2020, and her debut album, Collapsed in Sunbeams, isn't even out yet (January 29). Her style of soul is the warmest thing I've ever heard. – Steph Evans, Managing Editor

Fresh off one of the most versatile albums of the year, Asha Imuno is a name to watch, as he has barely scratched the surface of what he is capable of. – John Peterson, Contributing Writer

AUDREY NUNA had a breakout year in 2020. I can just feel she's getting some work together for this upcoming year that will solidify her as a household name. – Steph Evans, Managing Editor

After signaling his arrival in 2018 with "Zines," BBKnight proved he was here for the long haul in 2020 off the strength his acclaimed full-length release, Industry's Unaccepted. With his new project set to drop on January 6, expect to hear BBKnight's name amongst many conversations in 2021. – Ashton Howard, Contributing Writer

Toronto rapper Charmaine made her official Warner Music Canada debut with “BOLD.” The accompanying music video places the artist’s unique style and effortless charisma at the forefront, demanding respect as the “Queen of the North.” – Hayley Tharp, Contributing Writer

Comprised of three brothers from Chicago, the DCG brothers are putting a mainstream spin on the drill sound that has defined Chicago's last decade and a half. – Ashton Howard, Contributing Writer

Flo Milli is an absolute firecracker of a rapper, delvering hectic and braggadocios bars of a seasoned rap vet at just age 19. Her powerful vocal presence and ease of delivery will quickly make her a household name in hip-hop. – Max Pasion-Gonzales, Contributing Writer

Standout track: "U Can't Be My Baby"

Foggieraw is the most promising DMV-act to watch in 2021. The PG County independent rapper has a captivating style and confidence that once is understood, is contagious. No worries. This year, there will likely be a Foggieraw project in your hands. – Gregory Castel, Contributing Writer

One of the hottest up and coming producers in the hip-hop/R&B world. Fresh off a strong year that saw the release of the collaborative House project with Lupe Fiasco, expect Kaelin to continue his upward trajectory as he continues to gain recognition and placements. – Max Rosenfield, Contributing Writer

After going through many tribulations and challenges, independent artist Kaleb Mitchell is prepared to finally unload a parade of new music. New Jersey has produced another fantastic multitalented artist and the world will soon here what he truly has to offer. – Gregory Castel, Contributing Writer

To be fair, "Tell Me" is a far cry from the rest of the Compton native's output of fast-paced gangsta rap. Instead, it highlighted the exact kind of versatality needed to break into the upper echelon of the genre. – Ashton Howard, Contributing Writer

Earning his keep by way of songwriting, Kenny Relax jumped off the porch in 2020 and proved exactly why his pen is a go-to for some of your favorite artists. "Therapy" is five minutes of mentally stimulating rap music, no hooks, just bars. – Ashton Howard, Contributing Writer

Blending hard-hitting trap with pop interpolations is something that was just crazy enough to work, if Li 9 is able to further carve out a niche in the rap genre then we could see a meteoric rise for the young rapper. – John Peterson, Contributing Writer

His debut Save Yourself was an impressive project with finely tuned production and of course Nana's powerful lyricism. One of the most promising up and coming rappers in L.A., expect more greatness from Nana in 2021. – Max Rosenfield, Contributing Writer

Standout track: "Lessons From My Mistakes… but I Lost Your Number"

Liv.e's latest project Couldn't Wait to Tell You… is not quite like anything you've ever heard. Her stylish vocal style is at the forefront with diary entry-like lyrical passages and she is accompanied by some otherworldly (and captivating) production work, suggesting that Liv.e has a bright future ahead. – Evan Crandell, Staff Writer

Intoxicating, beautiful beat selection and the lyrical word-play to match. All MAVI needs is exposure, if anything. His 2019 Let The Sun Talk is already the type of work that you'd expect from a veteran and if his blesses us with an album in 2021, it'll be essential listening. – Nathan Whittle-Olivieri, Contributing Writer

Despite making noise for a while now, Navy Blue definitely seems to be continuously evolving. His off-the-beaten-path jazzy style and evocative lyrics make him an artist to watch. – Jacob Saltzberg, Contributing Writer

Pa Salieu had a breakthrough year in 2020. Upon the release of his single "Frontline", EVERYONE wanted to get him on their radio show. His swagger and flow mixed with the slick production meant his sound was a refreshing mix of hard UK rap and upbeat Afrobeat grooves. His subject matter stays very much to his street roots, but with collaborations with some of the UK's hottest artists, it's only a matter of time before Salieu becomes a worldwide name. – Mike Wood, Staff Writer

Atlantic Records hopeful and Gucci Mane protegé Pooh Shiesty has only a handful of singles out now, including "Back in Blood" with Lil Durk and "Monday to Sunday" with Lil Baby and Big30. Closing off the year with hard-hitting features with some of rap's rising stars (Hotboii, Slatt Zy, Lil Loaded), Pooh Shiesty has only upwards to go in 2021. – Madeline Quach, Contributing Writer

Out of all the fresh newcomers going into 2021, Seddy Hendrinx is one that hitting next year with the most momentum. Following two consistent projects and signing to Atlantic, the Duval rapper is overdue for a new full-length that'll really showcase the reason why he's next up. – Kalen Murphy, Contributing Writer

Shygirl's creativity and daring are admirable. She has shown a lot of potential with the experimental styles of her past few records and is an artist that constantly excites. – Jacob Saltzberg, Contributing Writer

The australian newcomber brings sharp bars, bold experimentation, and shining confidence to her hip-hop crossover sound. She is well on her way to being a household name in the exciting expirimental vocal canon of the new decade. – Max Pasion-Gonzales, Contributing Writer

Standout track: "2 AM in Houston"

Yung Bleu is just one of the latest talent to emerge from Alabama. His love for lust-filled romantic and melodic riffs made hits like "You're Mines Still" and "2 AM in Houston" so infectious. – Kalen Murphy, Contributing Writer

Zayland is a versatile artist with various strengths; whether that's a laid back R&B track or an upbeat rap song his soulful approach seems to strike gold with everything he touches. His versatility positions him for an exciting year in 2021 as he looks to follow up his first full length album, From Texas, With Love. – Max Rosenfield, Contributing Writer 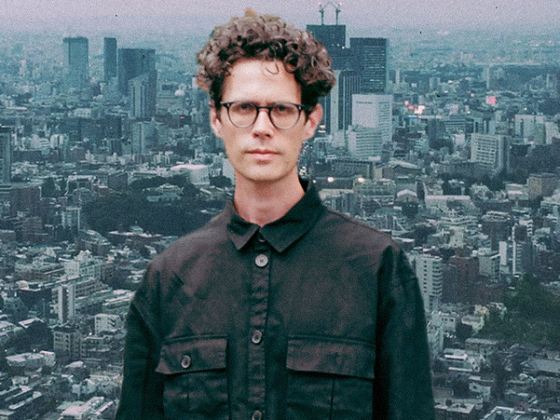 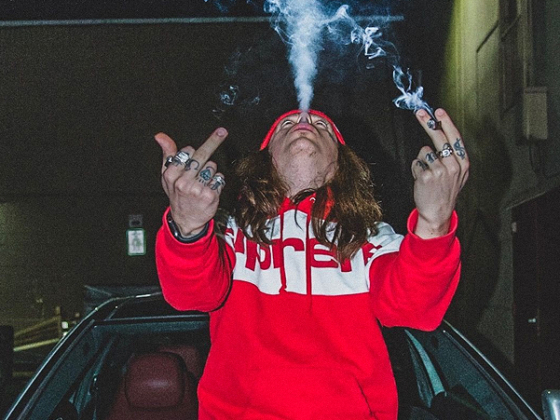 Zerdle Bandz longs to be "Wanted" like everyone else