Understanding AJRadico starts from a sort of inverted place. His singular voice in articulating he has love for his hometown of  New York CIty is found at the meeting point of interests and inspirations ranging from video games, fashion, Pokémon, and a sense of adventurous exploration into the minds of his neighbors. His work comes from a holistic place, influenced by his studies in visual art and his appreciation for art in all forms. These means of expression are carefully taken in and then reflected through his brief but lush catalogue. The Queens-by-way-of-Brooklyn rapper, singer, songwriter, producer, and visual artist takes some time out of his pandemic to talk Gotham, his new project, and timeless identity.

An initial foray into tracks like "Armor" and "Vertigo" will spark interest in what character he mains in Super Mario Smash Bros, but in truth, he’s not a full-time gamer. When asked about what games may be getting him through the pandemic, he replied, "Honestly, not really any new video games. I’ve more been revisiting old video games. Like stuff that was just nostalgic to me because I’ve had so much time at home just going through storage or just finding old video games like “oh, I forgot I had Super Mario or Mario Cart.” Honestly, I don’t really play games that much, I’m mostly into the art and music, but it’s a big inspiration for me."

Similarly, he also styles his aesthetic from his appreciation for fashion. He, "Definitely think(s) about fashion a lot. Fashion is everywhere and it's literally when you walk out the door. It's when you’re in the bathroom getting ready. We can’t escape fashion the same way we can’t escape sound, so I think the two go together. But specifically, in New York, fashion and culture is just so strong and rich. Everyone in New York is from everywhere else so fashion is just so much more abstract here and I think that plays a big role in how I visualize and come up with the music. I keep a collection of photos from events like a mood board for when I work on music and I have a ton of photos of people in New York or photos … and how people in New York have dressed in certain times or in certain eras and I think that’s played a big role in how I've viewed my environment."

In speaking to AJ, the topic always comes back to his home and feels like watching these songs come together in real-time. “I just think all forms of art are interconnected and they all meet in one way or another and just like how New York is the melting pot for everything," he shares. "New York being the way it is a living breathing thing and its own is just like ok, this is what my take on that living breathing thing is.”

Trying to focus some eight and a half million peoples’ experiences is possible only through the strength AJ has on the production end of his craft, in part aided by his focus on sound design and creation of cohesive sonic landscapes. You can feel what an AJRadico track will deliver from its opening chords. His focus on production and creating sonic textures, audio analogues of his subject matter is paramount in his work. “I think it always starts with that sound design feel. Lyrics always come last for me because I usually don't write, I usually just freestyle a lot and fill in the blanks. My thing is like making sounds that are hard to distinguish like trying to make something that's like, 'what is that sound,' like 'how do you even make something that sounds like that.'"

In searching for something truly unique, he again turns his attention towards his city. The canvas for this reflection is created, in part, from exhaustive research into capturing the city and the people that define it through his archival of "found sounds," or recorded pieces of audio found organically throughout New York. These unique, hyper-stylized moments are made into a kaleidoscopic but singular vision of his Big Apple. These influences: video games, fashion, his surrounding environment, are then just stopping points on his ride: "I think a bunch of the voice memos I put throughout the project I’ve captured over the span of like three years. It's all kind of like points like a constellation in my head."

When asked about these found sounds, AJ described how appealing their unique nature and grassroots feel is to creating something new. "I think that part that is compelling to me is the idea that these recordings can't be found anywhere else and they exist in that time and it's kind of like a capsule or a snapshot of that specific moment. In New York, we (are) conscious of so many people on a daily basis and every one of those people has a story to tell.”

Another aspect of recording everyday events is the real, honest quality they inherently emote. "This is what New York feels like. New York has so many things going on at once. There are so many sounds coming from all different directions, so how can I replicate that feeling you get from walking in the city at any given part of the day. For "Armor," that was the beginning of the day in the morning and I guess for a track like "Centre" that would be like night time where it's subterranean feels of like the melodies and things like that."

The latter track, "Centre" of course is his newest track to date. Its echoing, compromised opening tones ripple over a shallow pool, broken only by AJ's expansive vocals. The track finds police sirens, subtle, sinister synths, but also quirky one-liners like "You say you've got heat, but what's a Tepig to a Charizard." The track also serves as the second of his songs to feature a video produced in part, by Mr. Radico. "It also has a video I co-directed and it was shot by my friend Lou (Lou Palace) who does a lot of photography and we do a lot of stuff together, collaborate a lot."I co-direct all my videos and edit all my videos because I have a background in film. I study film in school and I've always had an eye for cinematography. The videos play a big part because it's just putting New York on screen. (They are) more artistic, abstract than most videos in New York because a lot of the drill videos are pretty standard. We're trying to show people outside New York there’s a lot more to it than that."

His gen. one Pokémon bias aside, AJ is creating his own lane in the crowded metropolitan. In thinking of where that lane is headed, we were able to get a little sneak peek into what 2021's new, debut EP may have in store. AJ described the thought process behind the upcoming project, Transit in saying, "I think, in the simplest way, it's my take on New York. My take on a ride through New York." The project is due sometime next year, but new singles are on the way in the meantime. Heatburg inbound, indeed.

"Centre" is available to stream here. 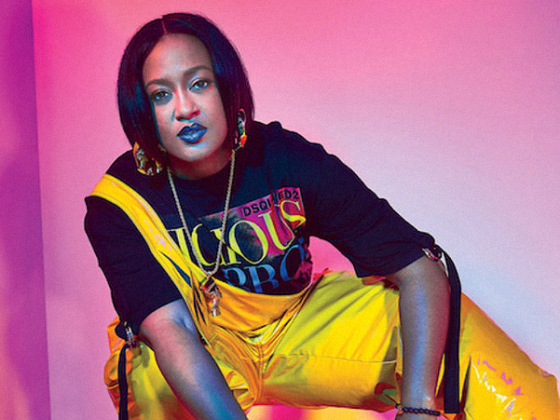 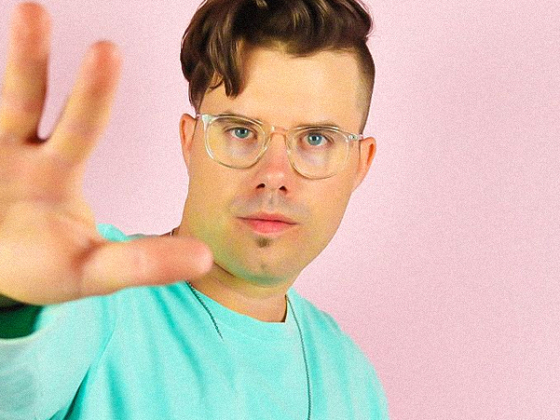