“I’m just going to read you this Nietzsche quote that I have scribbled down, because it’s brilliant.” Joshua Burnside is sandwiched between an upright piano and all-black walls in his narrow Belfast recording studio, looking a little larger than life in the foreground of my Zoom frame.

“‘How shall we comfort ourselves, the murderers of all murderers,’” he begins to quote. “‘What was holiest and mightiest of all that the world has yet owned has bled to death under our knives: who will wipe this blood off us? What water is there for us to clean ourselves? What festivals of atonement, what sacred games shall we have to invent?’”

Even I can’t ignore that Nietzche’s ‘God is dead’ speech is an excellent contextualizer for Burnside’s sophomore album, Into The Depths of Hell. The record – a masterful marriage of traditional folk and experimental alt-rock – is just shy of release, and already earning its creator his well-deserved place among Ireland’s leading troubadours.

Born just outside Belfast, Burnside grew up in the midst of Northern Ireland’s political turmoil, though his parents – a nurse and a police officer – would have worked hard to shield their children from the unrest. “My Dad checking for car bombs before he drove my siblings and I to school in the morning was a daily routine,” he says. “We didn't really think about how fucked up it was until we were much older.”

Moving to South America for a few months helped Burnside reflect on Ireland’s political situation as well as expand his musical horizons. “The rhythms of Colombia really blew my mind,” he says. “But there's a great divide between the rich and the poor. The politics of Colombia – and all the stuff it's gone through – is not dissimilar in many ways to problems we've had in Ireland. It was a way to reflect on political issues at home, seeing the same thing in a different place.”

While Colombian influence is audible on Into The Depths here and there, the album is much more firmly rooted in Burnside’s fascination with Irish traditional music, which didn’t begin until he was well into University. “My Dad would have loved Paul Simon, Bob Dylan, big songwriters like that,” he says of his earlier influences.

When he did finally rediscover the genre, it attached itself irrevocably to his musical stylings. One of the most affecting songs on Into The Depths is the final one – a little tune called “Nothing For Ye,” that quietly critiques the way we treat artists in this economy. It sounds like it could belong to a catalogue of old pub tunes that you might be forgiven for thinking Burnside didn’t write it himself.

“The whole idea that we feel a sense of ownership over music at all bothers me, slightly,” Burnside says, lighting up a cigarette. “Music is something you pass on to the next generation, and they develop and change it incrementally.

“And a song in itself is like a little child. It's going to grow up. It will start doing new things when other people come to play on it, because they'll add to and change it. I think music is always in this constant state of movement and change. The essence of the song in our heads, collectively, is just an assembly of ideas.

“Dylan said in an interview, when someone asked him how he came up with all those songs, 'I couldn't write them now if I tried. It was a different me, a different time'. Like he didn’t view the songs as his anymore. And I think that's really true for me, anyway.”

It’s an interesting line of thinking for a musician who is a self-described "hyper control-freak" when it comes to recording. The bulk of Into The Depths was recorded and produced by Burnside himself, in the aforementioned recording studio. “It's all rough around the edges,” he says of the space, which is located in a community arts centre called – perhaps fittingly – Vault Artist Studios. “I've got a theatre on both sides, and you can hear circus performers juggling and stuff.

“All the noises of the place creep onto the album, because it's not soundproofed. But I like that. If you've got all the space, musicians, time and money, it's not necessarily going to make the music any better,” he reflects. “Sometimes ideas form better around paradigms that are constricting.”

The found sounds and DIY methodology whisper an irrefutable charm and sense of hope into Burnside’s ambitious, world-weary album, which is otherwise hallmarked by ominous poetry and a near-apocalyptic sonic landscape. On it, the typically soft-spoken singer-songwriter grapples with big subjects: classism, collective anxiety, and the environmental crisis are all open for discussion. Though much of it was written well before COVID, it feels like Into The Depths is particularly befitting of the times.

“I turned 31 in the summer, and it's a bit strange when there are politicians your age, and it's no longer the generation above you making life-changing decisions about the state of the world. It's like, 'oh, it's our turn to run things, now,’” he laughs nervously.

“That sounds like I don't believe in our generation,” he clarifies. “But growing up in the 90s or the early '00s, the Western world and neoliberalism defined everything in the culture, and everyone had this notion that the world was only going to get better, and now I'm disillusioned with it."

“Like most people, I've realized things don't always get better, or that they have to get worse before they do. The main thing is the environment. And that stuff really is terrifying and disturbing.”

Another theme that resurfaces frequently on Into The Depths is mortality. Is he concerned with leaving a lasting legacy? “Some people would argue – I don't necessarily agree with this, but some would say that any art-making is a way to cheat death, because it'll live on beyond you, and creating art comes from a desire to live forever,” Burnside notes. “I don't know how much of that rings true for me personally…I don't think it would bother me if no one listened to my music after I died,” he shrugs.

In fact, he’d rather people forget about it entirely. “I want them to consume it, get something out of it, and then every three years for it to be a clean slate, so I could start again,” he says. “Because I always look back on my older stuff and go, 'oh god. Terrible.'”

I point out that I’m strongly opposed to this idea. But luckily, for all our technological advancements, there’s no way to make that happen yet. “Like I said,” he replies, “the music's on its own wee journey once I put it out there. When I'm gone, I don't care what people listen to.”

Into The Depths of Hell is out tomorrow. 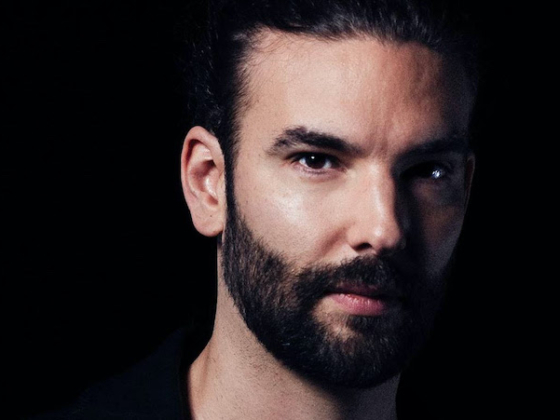 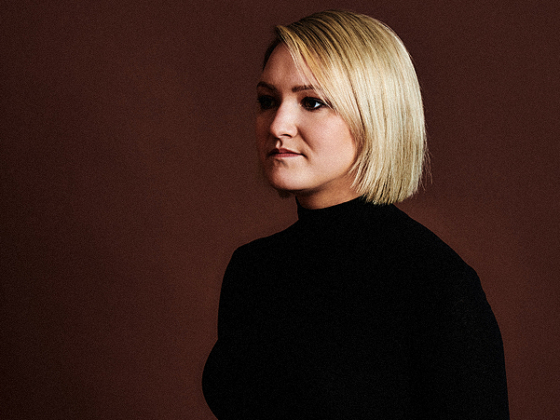 Molly. takes us to paradise in comforting new single “Paradise”