7 months ago by Chloe Robinson

Gracious strings and melancholy melodies provide the backdrop, while the threesome’s soaring harmonies create celestial soundscapes, building into a heavenly release. A perfect choice of song, in a very helpless and vulnerable climate, the Massachusetts trio are gifting listeners with a slither of comfort and relief. Montbleau explains in his press release, "what a message and sentiment right now during a pandemic when every day is such a roller-coaster of emotion. Having all of your day-to-day routine taken away, whatever that may be, I think it's making us all dig down deep and continue to find meaning in our lives in a way we haven't had to before.” 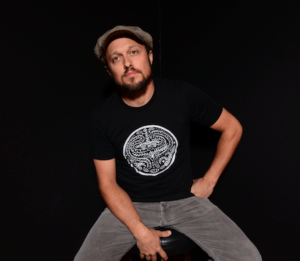 Having met nearly ten years ago, Montbleau stumbled upon Tall Heights at an open mic night, where he was a judge. Blown away by the duo's talent, he took them under his wing and before long they started touring together regularly. You may remember Montbleau and Tall Height’s previous collaboration on Tracy Chapman's "Fast Car" - another successful take on a much-loved song. Undoubtedly they have perfected a formula, which fans and critics alike can’t get enough of. Paul Wright of Tall Heights shares in his bio, "At the end of the day the three of us share a passion for creating a singular emotional moment with a song; Crosby Stills & Nash Helplessly Hoping does that so well, and that's why it was the clear choice for chapter 2 of our collaboration with Ryan."

Their unmistakable connection, authentic folk instrumentation, and tonal combination emits the ultimate aural pleasure. We can only imagine what's next on their list to cover.