In electronic music, the dichotomy between production and performing live is a vexing one. Producing music for hours and hours in a dimly lit studio, where you can't see the moon or even hear the crickets outside, creates a place of solace for musicians. An environment like that is the antithesis of the stage, where you must now harness the energy of the song you created and bring its pathos to life in front of countless screaming fans who teeter on every syllable you utter. Not many artists epitomize that leap of faith more than Elderbrook, the prodigious London-born songwriter and musician using his velveteen voice to capture our hearts.

Fresh off the release of his new single "Numb," Elderbrook remains red-hot despite the unfortunate times we're living in due to the coronavirus. The single follows "Something About You," his scintillating collaboration with Rudimental, which quickly became a smash and the most popular song in his catalog since the global hit "Cola," which was nominated for a Grammy in 2018 for "Best Dance Recording." "Numb" is cheesecake and satin sheets—a hypnotic, decadent dance ballad cloaked by deeply reflective lyrical elements. The track is an ideal representation of his sultry sound, which blends elements of deep house and indie pop to aching effect.

We had the chance to sit down with Elderbrook before his landmark, sold-out show at iconic Los Angeles venue The Troubadour to chat about his creative process, his humble beginnings in indie bands, and the release of his upcoming debut full-length album.

EARMILK: I want to kick things off with "Something About You." I actually wrote about it back in August and it immediately became my pick for song of the year. Can you talk about how it came together?

ELDERBROOK: Yeah! So I had the melody and the lyrics for a really long time, like two years. I kept on trying to figure out what to do with the production, but I just couldn't quite do it. So I got in touch with Rudimental because I know those guys from back in the day—we were on the same label when I first started getting into the music industry—so I've always kind of been around them. So I got in touch with them and they were into it. They did some stuff, I did some stuff, we came together and now we've got quite a song.

E: It was amazing working with them just because they were always, like, the big guys in the game. They were the label Black Butter's main act when I first signed to them back in 2015. I've always kind of looked up to them so to actually have a song with them is amazing.

EM: I can imagine. They're incredible; I love the way they work with horns and brass.

E: Yeah, and I think that's what they brought to the track well. Because that's something I didn't have on the drop, and then they kind of came in and did that. They really sorted it out—I needed them!

EM: As an artist who produces and sings on his own stuff, how do you go about making both of those elements work together?

E: I guess a lot of it starts with very simple production when I'm working by myself. A kick, a snare, some chords, and then the vocals come after. What I often do is kind of just say random gibberish until something sounds good, and then I'll take away a key phrase, and then try and make up what the song is about from that key phrase.

EM: Like you'll ad-lib it and go from there?

E: For example, when I did "Cola" with Camelphat, I really liked the word "Coca-Cola." So I kind of went with it, and after that I tried to make the song around that because the word was so good—it was so phonetic—and percussive, in a way.

EM: Wow, I had no idea. It's amazing how a song like that can start out so simple but become so huge. Moving on! I know from my own research that Kings of Leon's "Youth & Young Manhood" was the first album that made you want to become a musician. Coming from that indie rock background, what inspired you to make the transition to the dance/electronic world?

E: Well I started just by trying to be in indie bands in school. That was when I was like 15, 16, 17—I was kind of still learning. And then I went from that to solo acoustic guitar, and I was doing that for a while. I got into electronic music because I was recording myself playing guitar and then once I started to learn the equipment and the software, I was like, "Oh sh**! You can do so much more with electronics than just recording." So then I started putting in electronic drums, synthesizers, and I left the guitar behind.

EM: Were you on Ableton or Logic?

E: I started on Logic, and I use Ableton for live. But I've always been a Logic man!

E: Oh god…this guy (laughs). No I love Ableton because I use it for live, but when I'm working away I've always been a Logic man.

EM: Regarding the live aspect of your career, I think it's a daunting task for DJ's to make that transition into a live act. What kind of advice would you have for someone who might want to make that leap of faith?

E: I guess, for me, it kind of made sense because I'm a singer. S0 a lot of the time I see myself as more of a singer than a producer. But to make the transition to live is just to go out there and make mistakes. And you'll figure out quite soon what kind of artist that you want to be on stage, you know?

EM: Make mistakes literally on stage, or on your own?

E: Just try different stuff—not the same stuff that everyone else is doing—and then eventually something will stick.

EM: I feel like there are so many moving parts to a performance like yours, though. How do you work to make all of them cohesive? Because I feel like it can overwhelming at times.

E: I change a lot of it for the live show. I change a lot of the music so that they can go in and out of each other and in a more seamless, almost DJ-ish kind of way. I have so many different kinds of music—some of it's slow, some of it's fast, whatever—there's just different ways of bringing them together to make one big, long, enjoyable experience.

EM: Yeah. It's tough to bring all those different sounds and methods together to make them cohesive, but you do it so well.

E: Thank you man, thank you.

EM: Last question—can you tell our readers about any big collabs or projects coming out soon that won't get you into too much trouble?

E: I've got some really, really exciting things that I don't know if I can talk about. They haven't been announced yet (laughs). But basically I've got some great collaborations coming. I can't tell you anything about them, but my album will be released in 2020 in the early summer. We don't have a date per say, but there's going to be some very exciting things coming out. That I can promise you.

Elderbrook today debuted his daily Quarantine Live Stream, which will rotate each day and appear on five separate platforms. The performances will be around thirty minutes in length, and in each one he will tease a different unreleased song from his forthcoming debut full-length album. You can tune into the live streams on each platform below, which are listed in descending order according to date. 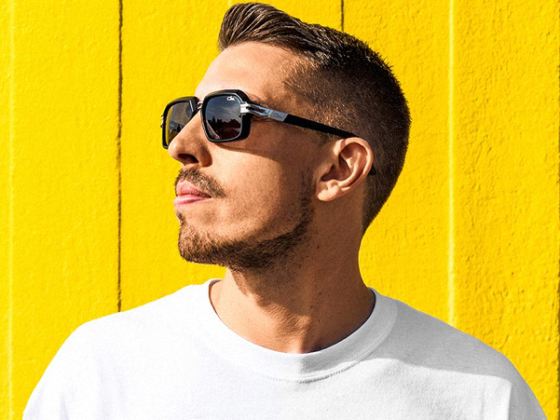 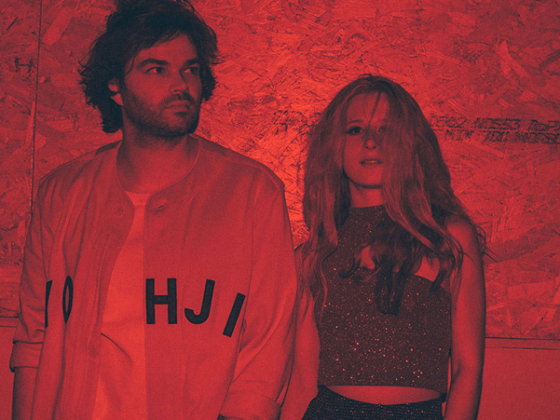 Marian Hill releases latest EP, "was it not"