It’s a crisp Sunday afternoon in New York City when I sit down with Wilmah at Percy’s Pizza. The dollar pizza spot is a hole in the wall on Greenwich Village's iconic Bleecker Street. Matt Connolly (vocals/guitar) wears a Buffalo Braves sweatshirt with a denim jacket. He has bleached hair and a small gold hoop earring in his left ear. Will O’Connor (harmonies/bass) wears a Raf Simons T-shirt (featuring Clifford the Big Red Dog) under an earth-toned Dickie’s jacket. His face is partially hidden under his Bass Pro Shops hat, but the gold necklace around his neck gleams. In cursive, it reads “Wilmah.” The storefront doesn’t have doors, so we keep our coats on for this final lap of winter while we huddle around the steam of a freshly baked pepperoni pie. O’Connor and Connolly garnish the whole pizza with parmesan and chili flakes with peppered enthusiasm. The excitement shines through their anticipation given Percy's is their favorite pizza spot. Plus, they’re preparing to release a new EP.

Why Is Being A Human Being So Hard? is an existential collage of adolescent angst. Reflecting on the times isn’t easy, but Wilmah pack their heavy lyrics in fun, genre-spanning pop songs.

The EP’s first track, “It Will Always Be You” is a taste of 70’s soul-inspired pop, and the result is a feel-good, summery love song. It’s one of the older songs on the EP, dating back to almost a year ago. Over funky synths and soulful harmonies, Connolly professes, “I apologize for not being sorry.”

“Diana!” is a left-hand turn on the EP, plunging a decade forward into unadulterated synth-pop. “It’s about looking for fulfillment in life but in things that you probably aren’t going to find it in, but naively believing that you can, whether it be a relationship, a job, just tangible things that won’t necessarily change your life but you think that they will. You think that’s the key to your happiness but it probably won’t be, so it’s about believing in that,” says Connolly. “I think it’s something that I kind of struggle with.” Diana is named for actress Diana Silvers, but the Diana Wilmah sings about is a representation of the things you lust after that keep you from living in the moment.

The song was written in a car when O’Connor and Connolly were on their way to the Osheaga Music and Arts Festival in Montreal. Connolly had his laptop plugged into the aux the whole way. The two quickly chat about their time at the festival, including Tame Impala’s set and meeting King Princess out on the town. “We talked to her for a little bit. We told her we were in a band,” says Connolly. “We asked how the club was that they were in. I don’t really remember. She was cool. She hit one of our friends JUUL.”

“So Am I” rounds out the EP with an 80’s synth vibe that would fit perfectly in the trailer of a teenage coming-of-age movie. “It’s about being in a relationship with someone where you both realize that you’re both very sensitive people and how that can have an effect on each person in the relationship. It’s not a one-way thing. You can both affect each other greatly,” explains Connolly. It’s paints a picture of, “realizing that even though you can make each other sad you can also make each other very happy and it’s kind of just part of being in a relationship, because it’s not a toxic thing at all, it’s just acknowledging that you’re both very delicate people.” Over the chorus Connolly sings, “You’re delicate but so am I.”

Wilmah are also including some music that has not been released yet on Why Is Being A Human Being So Hard? The opening line of “I Don’t Think So,” is the EP title itself. Sonically, it’s upbeat, tropical, and danceable. If you listen closely, it’s arguably the most existential song on the EP. “That song is basically about us being annoyed at a lot of the hypocrisy that we’ve identified in the world,” explains Connolly. “Like the line about ‘why is being a good person political.’ Thinking that being an accepting person has to be a left or right thing is bullshit to me. Like everyone should fundamentally try their best to be accepting of people that are different from them and it has nothing to do with politics, or at least it shouldn’t.”

In the chorus, Connolly sings, “The world is burning, and my friends don’t believe in God anymore. Does anyone even care?” Both halves of Wilmah grew up going to Catholic school. “I think you identify with people who are preaching what God is saying but they aren’t practicing it,” Connolly explains. Their friend groups discuss the topics in “I Don’t Think So,” all the time, so it only felt right to put it in a song. For Wilmah, putting music out is a way to share opinions in the turbulent world we live in. Especially in your young adult years, it can be difficult to navigate a world when you’ve been told one thing your whole life and new ideas pop up and take shape in your mind.

“Netflix Killed The Video Store” is a nostalgic ode to the milestones of growing up, from your first steps to your first kiss. The jazz ballad mixes thing up. Connolly explains, “A lot of our songs deal with getting older and being afraid of that. Whether it's moving away from home or friends drifting away or falling in love for the first time. I think those are all monumental moments in your life.” O’Connor adds, “This is kind of the first time that we’re dealing with these issues. It’s good to write about them and just release these feelings.” “Netflix Killed The Video Store” is the kind of song that you can listen to at any age. Wilmah’s hope is that listeners will be able to find a piece of themselves within what they’re saying.

Wilmah’s 2018 EP Getting Older Is Fun Until It’s Not shared the same existential energy, but Wilmah has grown up. Connolly is a sophomore at Iona College and O’Connor is a senior (and about to graduate. Is there anything more existential than that?). Basically, Wilmah is afraid of growing up. Music is a coping mechanism. “People laugh like ‘oh, you’re only 20,” but it doesn’t make it any less terrifying,” says Connolly.

Connolly and O’Connor went to the same grammar school and high school in Buffalo. They played on the same little league teams and took guitar lessons together, but they didn’t really start hanging out until O’Connor was a senior in high school. They played in a band together called the Plagiarists. Then, in another called One Way To Nowhere. When O’Connor left for college, the band disbanded.

Then, one day, O’Connor reconnected with Connolly after writing a new song and seeking feedback from his old bandmate. “From there we just started making more [songs] together and it evolved into Wilmah,” explains Connolly. Today, most of their songs are written in a dorm room or in Connolly’s parent’s spare bedroom in their hometown of Buffalo, NY. Their songwriting process is pretty straightforward. Step one: producing the track together. Step two: Connolly writes the lyrics, often consulting the notes he has jotted in his laptop and often pulling from O’Connor’s experiences as well.

Wilmah is a mashup of their names: Will and Matt. Connolly’s mom suggested it. Before that, they were called Call Waiting.

Their mission statement from the beginning has always been to remain as honest as possible. “We want Wilmah to be people’s favorite band,” says Connolly. O’Connor adds, “If you DM us we’ll talk to you.” Their listeners are from all over. One of their favorite fans is Lucas, who responds to all their tweets and updates their Genius lyrics. “Shoutout Lucas!” quips O’Connor.

When the duo aren’t juggling school and music, they’re eating pizza in the Village, spending time with friends at Fordham, or drinking seltzers (Connolly’s favorite is mango, O’Connor’s is grapefruit). When they’re back in Buffalo, they prefer to stay in, go to each other’s houses, watch movies, and just have a good time. Both halves of Wilmah are like brothers.

Wilmah recently opened for Spencer Ludwig at lower Manhattan’s Mercury Lounge. Their next live gig will be a house show at their friend’s apartment in Bed-Stuy. “We’re going to kind of invite everyone and just let all hell break loose,” says Connolly. “It’s going to be sick.” Along with their original songs, their set also includes a heavy version of The Beatles’ “Come Together,” and an alt-rock rendition of the Backstreet Boys’ “I Want It That Way.”

“We’re kind of encouraged to stay different because of everything that we listen too,” says O’Connor. Wilmah doesn’t want to box themselves into a genre. Instead, they make simply what they think is cool. “I think a lot of indie-pop these days is kind of starting to sound the same,” says Connolly. “We want to be different.” 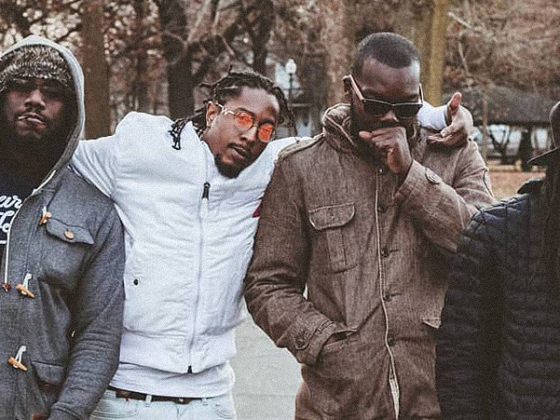 Clear Soul Forces seal up their legacy with 'ForcesWithYou' 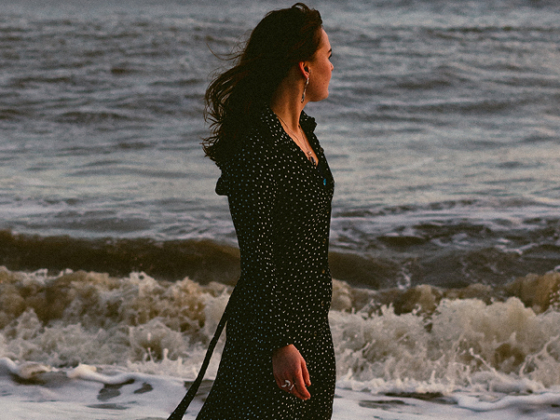