"We're only young and naïve still" was the opening line of the song that introduced millions of listeners worldwide to the phenomenon that is The Naked And Famous. Released a decade ago now, it became an anthem for all of us who found their adulthood slowly budding, fighting with the carefree nature it was trying to leave behind. Each subsequent release played like a personal soundtrack, bookmarking the chapters of our continuous journey—in tandem with their own.

It is now almost ten years later, and while remaining band members Thom Powers and Alisa Xayalith are no longer naïve or quite as young, they still find themselves asking questions about the world around them, and the one within them. And you better believe that they chronicle each lesson with a full heart and a belted out chorus on their forthcoming album, Recover.

It's a regular workday afternoon when I first hear Thom and Alisa's eager hellos over the phone. Retaining their New Zealand accents ever so slightly, they speak with the confidence of industry veterans and the humility of two artists who recognize the work that it took to get there. "Back [when we started] it was really important that if we were going to be a band, we would not come back home," Thom reveals about their original move from Auckland to L.A. "I had this fear that it would be a walk of shame coming home after international success. The very culturally normal thing to do if you’re Kiwi and you hit 18 is you either go to uni or go to England to drink around. I just didn’t want to do that; I didn’t want to be one of those bands that made a little tour and came back home." Perhaps it was this fear of perceived failure that gave the band the rebellious edge that resonated with the (what are now) more than one million monthly listeners on their debut album Passive Me, Aggressive You. But if you ask me, it was the fearless way with which they explored what it meant to be a young adult. Transcribing their doubts, successes, their love and their shame into an indie pop genre that at the time needed a little electro boost.

"It's really a tricky time to be a musician," Thom confesses to me as we babble on about the added pressure of creating more than just music, but rather an entire phenomenon in order to be noticed. A Beychella if you will. "It's not as easy as it seems on the outside. It's really hard to stand out and have a cultural movement." Of course, the dominance of streaming and the unrestricted access that artists have means that they can connect with their fans instantaneously through new releases. Which in turn means that they're not the only artists vying for their attention at the same time. But there is something pure about the duo's approach. Their music is not stemmed in endless chases of follower counts or shameless validations. It simply comes to them when they're ready to receive it. Recover—scheduled for release in May—takes its title from one of its most vulnerable tracks. Written about the death of her mother, Alisa bares her grief, coming to terms with what the absence means to her now, so many years later. "I just think about times that I wish I could talk to her, when things happen in my life. I really felt the absence of that and I was just thinking how I’m always trying to recover from the grief from that experience." As most creative moments go, this one was birthed quietly and unexpectedly, as Thom recounts. "She was driving and singing the chorus on its own, before the lyrics and the melodies were there and it was just stunning. And I thought, 'Whoa.' That’s the album title."

For a band that has seen its fair share of successes, honing their craft over the better part of the past decade, it was humbling to learn that they still place great importance in sentiment. "I bought a house in L.A," she excitedly plunges into the story of its purchase and contribution to the album. "It’s so competitive there and I’m not made of money. I have tried putting in an offer with 8 or 9 houses [to no avail]. I walked into this one and there was this grand piano in the living room and it was just really warm and immediately I was just whole here. So I wrote a letter to the owner who was in her late 60s, she read my letter and she fell in love with the fact that I was an artist and that I wasn’t looking to flip a house and make a profit. The piano in the house belongs to her great-great-grandmother and this was a weird meant-to-be moment, and we ended up writing most of the album here. We wrote on the piano that came with the house." 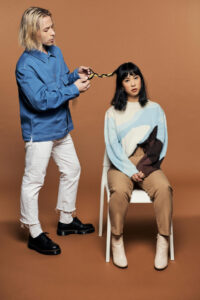 For years, The Naked And Famous thrived on their personal march toward enlightenment by expanding their range of hyped up stadium anthems and brooding synth burners. But their greatest challenge—and arguably achievement— continues to be the balance they strike between their own personal creative process and their loyalty to their fans. "When we're in the studio it's an ongoing consideration that we sometimes struggle with. Do we write songs just for us, do we write it for an audience, for our brand, our integrity? These are very emotional considerations that are like intuitions. Some days we will want to lean in to what is comfortable, and others we won't." The rules of the universe are really quite simple, and if you follow the band's releases on a singular and collective basis over the years, you will notice that they abide by them almost religiously. Because where there is ying, there will always be an equal yang, and where there is a downpouring of emotional rain, there will always be a rhythmic sun  to dry you off.

Connect with The Naked And Famous: Facebook|Instagram|Twitter|Spotify 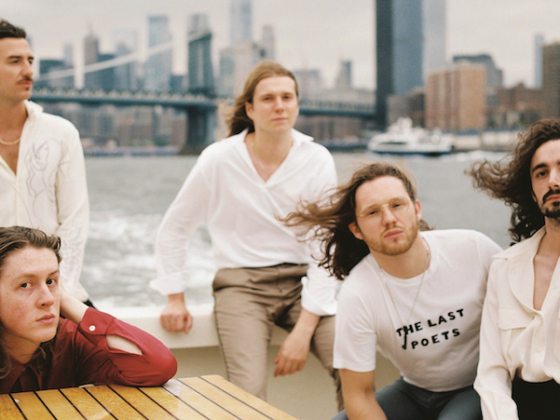 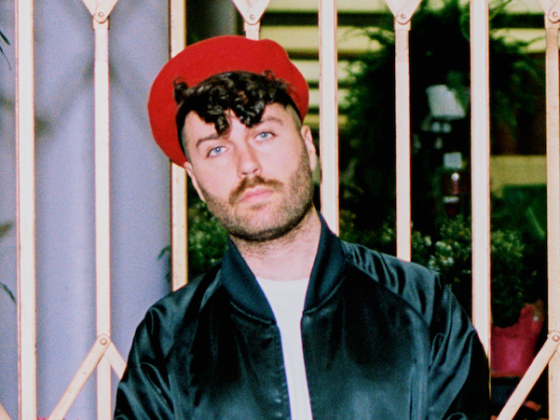