Total
29
Shares
29
0
Whelan's, one of Dublin's most famous venues, is certainly not a strange place to find a singer. But it is an odd place to find a just-passing-through American. So, at a friend's covers night three years ago, I was surprised to find Elizabeth Moen, a Midwestern blues musician whose song choice that evening was Prince's "Kiss." As she took the stage, I'm ashamed to admit my first thought was that she might blow it. The notoriously difficult song seemed like a good time to grab another drink. This, naturally, would be a shitty story if I had been right. It so happens I was very, very wrong. In whipping around to face the stage, I nearly dropped my pint and to this day, I've not heard anyone succeed in singing a better cover.
In the past three years, Moen's 2017 EP That's All I Wanted has been on consistent rotation in my home. She has a voice like velvet and the kind of raw songwriting talent which only exists in the greats. I've been working in the music industry for close to five years, and I still am unsure as to why there are certain members of the music community with almost no notoriety when certain others seem to soar rather effortlessly into spotlight and obscene amounts of money. Moen should really, based on her talent and work ethic, be a card-carrying member of the latter category. Needless to say, when I heard she was starting a Kickstarter campaign to fund the recording of her next album, I was eager to help. It's no secret that streaming services are monumentally tough for artists who don't have the global reach a pop star might. The fraction of a cent Spotify pays artists per stream of their song is split between the record label, producers, artists and songwriters, and while people like Drake earn hundreds of thousands per song, artists like Moen are struggling to garner enough income to generate more music.
EARMILK asked Liz to explain some of the finer details of her Kickstarter, so those with the means might help her release her next record. We should also mention that you will absolutely not regret it. Come on guys, it's nearly Christmas.

The campaign is to help fund the production of the next album. I don’t have the funds to make it, but I feel like these songs are ready to go and they’re gonna be my best yet. I’ve heard Kickstarter is a good way to let your fans know about something you’re trying to get funds for so we went with that! We’re 2/3 of the way to our $10,000 goal. This money will help with getting to the studio, recording time, and paying the sound engineer and artists involved. Honestly, that much money won’t cover the costs, but it felt like a good amount to reach for.

Talk to me about your relationship with streaming services. Are there any aspects of them you find frustrating? Are there any that you love? It seems to me they inspire pretty intense love/hate feelings in most musicians with whom I've spoken

Oh boy, yeah it’s a love hate thing for sure. I mean we need them because that’s how people listen to music but you don’t really make money from it. You can make some if you get on playlists and get a lot of plays, but those are curated by people so you have to have connections to get on them. I just want people to hear the music and hopefully enjoy. I personally use Spotify a lot because that’s what I used in college. I dunno. I love that my fans can listen on streaming sites and I love making new fans through them and I hope folks continue to push change for more payment to artists.

How incredible was Muscle Shoals? How long did you spend recording and what did you record? (i.e. was it a full-length album, just a few songs, etc)?

Muscle Shoals was a dream. There was so much good energy in there. We were on tour and had the chance to swing in for a day session on our way to Birmingham and we couldn’t pass that up. We did three tracks (for the next record) in three days. There was something about that place that made those songs feel so powerful in my heart. I don’t think I ever sang that well before. I can’t wait to hear them all done up when we mix the record.

When did you decide to quit the day job and pursue music full-time? Do you remember the first song you ever wrote?

I wrote my first song in September of 2015 when I was in college studying French and international business. I sang it an open mic and it felt really right. It was the first time I felt like I was expressing something properly. I kept writing while in school until I graduated a couple years after. I served and bartended at a few spots while in school and for a year or so after. I eventually got rid of most of my belongings and started staying with friends and family so whatever I made at shows would go towards the car and gas. That’s the thing. Tour funds tour, and merch sales help me fund buying more merch to sell. That’s why I need the Kickstarter for recording. I’m lucky to have loved ones who let me stay on couches and in guest rooms to lower my expenses on and off tour. Even so, I just don’t have money to do anything but play shows and write songs. It’s wild sometimes but I’m so, so thankful because it means I can play music everyday.

The deadline for Elizabeth's Kickstarter is November 21st at 9.39 PST. Donate here, now. 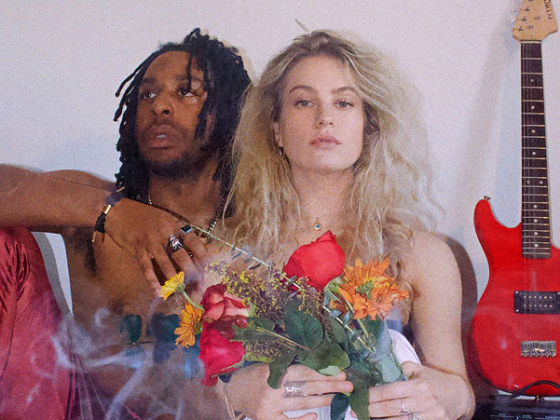 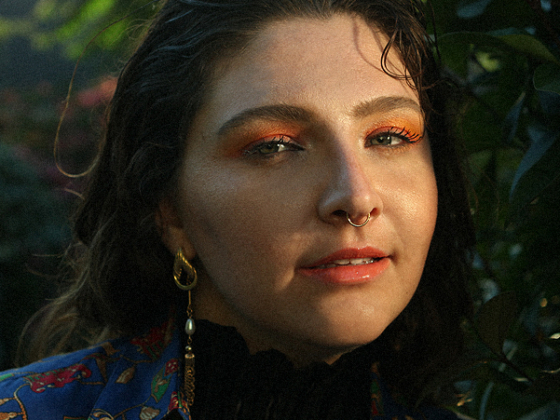