There are some of us dedicated to rummaging the inner regions of the web in search of that good alternative urban music and serving it directly to music lovers. This initiative is what we call "The Slice" at EARMILK. Every fortnight we share with you 10 or more ear-grabbing songs in hip-hop, grime, soul, afrobeat/pop and dancehall. So let us do the digging for you while you sit back and relax to some brilliantly crafted music from around the globe. In this edition we raise the ante with extra tunes you may have missed.

"Sweet Tooth" is a funk-driven hip-hop jam by LAV.ISH. The track is ripe with a solid bassline, lush synths chords and a smooth chorus that exude retro vibes from start to finish. LAV.ISH sure comes through with his laid-back flow and calm demeanor as he keeps it playful on this classy jam.

Nigerian Afrobeats star Shaydee flips into his "Badman" persona hence the title. The smooth-voiced singer delivers a catchy summer tune with the help of fellow Nigerian producer Masterkraft who comes through with infectious percussion-driven grooves and hard-hitting synths. "Badman" is the follow up to his Wiz Kid assisted single "Make Sense".

Sydney-based musical collective BoomChild share their new groovy single "Every Little Thing" –which showcases the versatility and out-the-box styles of these artists. "Every Little Thing" breaks the mold with its lush textures, smooth melodies, and catchiness. The funk-infused hip-hop arrangement they got going on here is pretty solid. Made up of six core members including vocalists/rapper Charbel and Rico, Finbar on keys, Ben on drums, Riley on bass & James on guitar, they all combine to make a blend of truly soulful musical styles.

Rising duo Emotional Oranges team up with Vevo for the DSCVR live performance for their song "Personal". The soothing cut offers a solid funky bassline and a groovy breakbeat drum accentuated by the emotion-laden vocals. It's a truly refreshing track that offers a unique and retro-futuristic sound.

Dom Deshawn shares the third episode of his music series with the new entry titled  "Episode 3: Heartbreak Hotel". Dre Rodner interpolates a classic R&B sample to bring a soulful feel to a song as Deshawn navigates heartbreak. This is the third track off a 6-track concept series titled 'Longest Night Saga'

"THE LAND" is a tribute song by Filipino-American hip-hop act Wlftown Ralston. Backed by a smooth blend of jazz, hip-hop and soul, Ralston dives into the Filipino American history by detailing the culture that made him who he is today. Alongside artist Rae Rae, the track pays homage to their motherland and immigrant parents who sacrificed everything for the American Dream. Get it on Apple Music.

Rochester NY emcee Jae Hussle teams up with producer Kidd Called Quest on the gritty record titled "Time After Time". The cinematic track is punctuated by piano and horn stabs giving it an ominous feel, while Hussle details his growth and struggles as he maneuvers through the mean streets. "Time After Time" is taken from his new project Reflections A Story Of My Lifetime Vol. 1.

Alex Dutty's heartfelt single "Searching" gives a rare inside view into his upbringing as he shares all the ups and downs of his life. Dutty takes the listener through different stages over a solemn piano-driven backdrop as soul-singer Ezra adds a heartwarming chorus to drive home the rawness of the message. Get it on Apple Music and Deezer.

Veteran singer-songwriter Ann G is back with a brand new self-produced piece titled "Something's Got to Give". Armed with a commanding vocal, Ann G delivers a passionate performance over the smooth instrumental backdrop. Taken from her new album The Sarah Project, the track dwells on issues such as police brutality, immigration amongst other issues.

Now based in Las Vegas, many fans may be familiar with the name through her 1989 Billboard top 20 R&B single "If She Knew" on Atlantic Records.


Jaymz V teams up with Mick Jenkins to explore the ins and outs of being in a relationship and love. The piano-driven beat has more of an R&B vibe but the two emcees deliver their own unique styles over it. Jaymz begins with a melodic flow that switches into Jenkins's detailed lyrically charged verse. Jaymz V adds that he came up with the idea while folding shirts at work and felt Jenkins would add a dynamic sound.

Get it on Spotify and Apple Music.


Mariami's "Jazzy Pop" is an experimental piece that blends R&B, pop, and soul. The track has a very soothing and alluring feel as she delivers a solid performance that strays from the norm. The track stays vibrant through as new instruments continuously pop up as it progresses. The singer, who got her start in traditional Georgian church music, is not based in NY and is working on new music. Get it on Spotify.

Emerging New Jersey emcee Brandon Sea takes us closer to "Danger" on this new Chiefus produced track. The energy of the track changes up a bit as the song progresses but we are not sure if he's actually experiencing it or everything is just a dream. It seems a lot of meta things going on here but hit the play button to get familiar. Get it on Apple Music and Deezer.

Tom Cridland – "Falling off the Rails"

Tom Cridland shares his troubles on wax with his new song "Falling off the Rails". The funky track delivers a fun-filled vibe and showcases his unique retro driven style. Tom Cridland claims he has written 130 songs thus far and will be releasing them per week. That's a lot of music to get excited about, so stay tuned. Get it on Spotify. 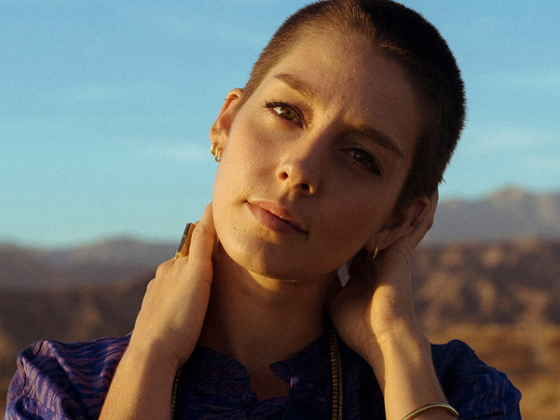 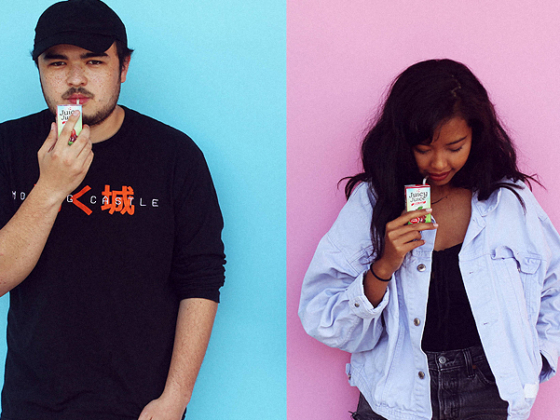