Last time we heard new music from Caleborate, it was 2017. According to the California-based-rapper, that break was as much needed as it was important. He got out of his deal and took that time to re-work logistics, but also take a second for himself and his own wellbeing. “That gap was about a few things; it was about some personal growth, some mental health growth that I needed to do – had some lingering adolescent issues that I needed to deal with, mental and internal, emotional issues.”

Much too often, artists overwork themselves to the point where it does start to impact their health. Caleborate even references one of his favorite artists, Amy Winehouse – “She pours it, she pours it all in.” Caleborate iterates that, “you have to take care of yourself and don’t let this artistry, fame thing, get the best of you.” His awareness of such heartbreaking cautionary tales doubled on his own personal awareness of himself.

Caleborate started making music at 17 with his older brother, and he hasn’t stopped since. He’s an artist that is highly in tune with his feelings. His catalog speaks for itself – heartfelt and authentic as he crosses genres and goes hard with his raps whilst honing the melodic mastery as well. Caleborate has a strong pen as he powers through lyrically and isn’t afraid to be vulnerable. "Making music from my perspective as an artist, a lot of it is taking an energy, and a feeling that’s inside of you and then turning it into something that can be felt and heard by other people," he shares.

“Hear Me Out” is Caleborate’s resurgence after a nearly two year hiatus. The track is produced by Willem Ardui of the Belgian group blackwave, who has been friends with Caleborate since 2012. They met through Facebook and have been collaborating online ever since, but it wasn’t until 2018 they met in person in Berlin when Caleborate was on tour. They did their first studio session together, and “Hear Me Out” was that first song.

“In that time while I was feeling very lonely and vulnerable, I wished that I had someone to talk to that was not a business partner," says Caleborate. “Hear Me Out” is a track that came from a very emotional place. Caleborate is free-flowing on the track. It transitions from an intense and passionate verse to an outro that fades the track out. He raps, “I plaster on a smile to look happy when I smoke, I keep to myself I crack a smile to every joke / Cause this sh*t feel like mayday and everybody on a different page like test day.” He’s smart with the wordplay and doesn’t lose the glaring honesty and vulnerability. He doesn’t hold back from the truth. Unafraid.

The video has a poetic, nostalgic feel as it’s edited in black & white and shows Caleborate rapping in front of the Eiffel Tower, through Europe, as well as some snippets of him on tour. In describing performing live, Caleborate says, “live show performance is just an opportunity for everyone involved to just let it out.” He’s conscious about having his shows be an “experience," to have his audience truly exist in this cathartic moment in which strangers, friends, and fans all exist as one.

Caleborate is very self-aware, and it can be heard in his music but also in the way in which he speaks of his artistry. He is conscious and vocal about how he maneuvers when expressing himself.“Trying to expand the different expressions of myself in the studio – singing, using different effects. I’ve heard a million songs in my head that I wanted to create and if I can hear them in my head, I can make them a reality outside," says Caleborate.

As someone who prioritizes writing and words and recognizes their importance, I had to ask Caleborate which of his lyrics (from his entire catalog) he’d have tattooed. He responded, “that’s easy…” and  cited a lyric from his 2017 track “Bankrobber” – “F*ck what happened yesterday. You could blow up tomorrow.”

It’s looking promising for Caleborate. His power and strength shines through his authenticity and realness. He's creating his own lane through patience, time, and formidable artistry. 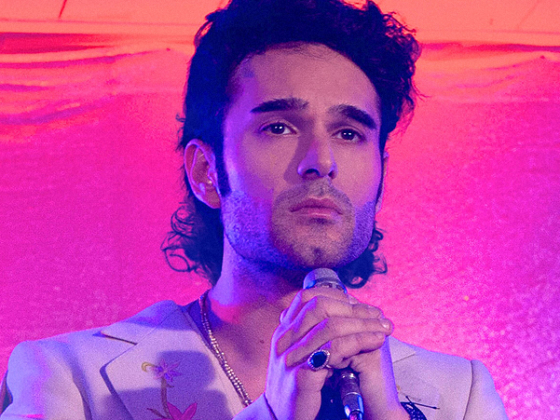 Artist To Watch: Harry Nathan is our answer to summer 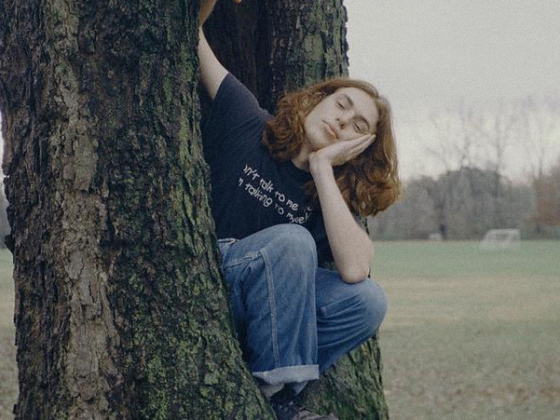