“I didn’t want people thinking, ‘Oh, Quinn’s just hopping on this bandwagon of the mental health conversation’ when in actuality, it’s something that I’ve been dealing with for many years now,” said Mikael Temrowski, who performs as a singer/songwriter under the moniker Quinn XCII. His latest album, From Michigan With Love, is the most personal body of work he’s put out in the few short years he’s been releasing music, tackling mental health from a realistic yet non-defeated point of view while stepping into previously unexplored areas of his artistry to challenge both himself and his audience.

Quinn XCII wanted to the album’s title to go hand in hand with its themes. From Michigan With Love is meant to exemplify the singer’s struggles with anxiety that were present with him at home in Detroit, but also how it isn’t something you can leave behind just by moving. “It’s followed me out to LA, even though I’m not there [in Michigan], it still follows me around,” he said, continuing, “even though life seems pretty good at the moment, it doesn’t really go away.” This feeling may not always be ever-present, but when it manifests itself in the form of an anxiety attack its intensity is hard, nearly impossible, to ignore.

“Sad Still” appears towards the end of the album and encapsulates the idea of the entire project. “I wanted to sonically make a song that I thought sounded like an anxiety attack,” the singer explained. The track is worlds away from what we’re used to hearing from Quinn. Its more serious tone and socially important content brings to mind The 1975’s “Love It If We Made It” and Billy Joel’s “We Didn’t Start The Fire.” The aggressive nature of the track is chilling, engulfing listeners in a moment of chaos while the singer momentarily steps into rap territory, although the lighter-toned chorus provides a brief moment of alleviation. “It’s easy to describe it with your words, but production wise I wanted to make something that was like that.”

Songs like “Sad Still” challenge listeners who may not be familiar with what it’s like to live with anxiety that manifests itself in this manner to step into a different mindset of understanding, and Quinn really drives the point home with “Autopilot.” The significantly more lighthearted production of this track lends focus to the lyrical content, which “deals with feeling anxious … I felt for a while like I wasn’t really in control of what I was feeling. I was just sort of watching things happen.” Anxious mental states have a tendency to rope their subjects into repetitive routines with no end in sight, making them secondary characters in their own lives. “That song came out really naturally to write, because it was something that I went through so vividly.”

For those who see themselves reflected in these tracks, or in a song like “Matches,” the moments of positive reinforcement on the album are reassuring. This theme shows up on “Right Where You Should Be,” which features Ashe and Louis Futon, with the message "you are not what you say, just know that you're good enough." The most profound track included in the same vein of positivity is the honesty driven “Life Must Go On,” which features an uncredited vocal contribution from Jon Bellion. “Everything keeps on changing, and I’m caught in the middle. I just keep getting anxious,” Bellion exclaims before Quinn counteracts this doubt with a comforting “life must go on, go on and you know I got you.”

“It’s very personal–getting to hear people's struggles and how my music’s helped them face to face,” said Quinn. The personal connection that shines through in these encounters is one that the singer also fosters in creative environments, making a point of keeping a tight circle of producers and songwriters by his side. He keeps the writing process mostly to himself, but finds it helpful to be able to bounce ideas off of people who come from a similar songwriting background. “I think that’s what so great about LA. There’s a slew of honestly just the world’s most talented people,” he said. Citing a few of the credited writers and producers on the album (Scott Harris, Sean Douglas, Imad Royal, and more), Quinn expresses the importance of working with people like them who will guide artists towards a unique vision, rather than trying to force their own on them.

“It doesn’t matter if you’re the biggest songwriter in the world or just some guy I met. I want to do it the same with everyone and not think I need to make a radio hit, even though those people might have a ton of hits and plaques on their wall,” Quinn said. Going through the motions of creating music under this mindset has allowed for the authenticity of the singer’s character to shine through, and his method of entering sessions with a clean slate has yielded incredibly special collaborations, such as “Holding Hands” with Elohim and “Tough” with Noah Kohan.

While he may not be chasing hits intentionally, From Michigan With Love definitely features a few, from the playfully theatrical “Werewolf” featuring Yoshi Flower to, most notably, the romance-driven tracks such as “Abel & Cain” and “Good Thing Go.” This latter lyrical content also appears on “When I Die” and presents another instance of the singer pushing his own boundaries as an artist. His approaching marriage has put the singer “in a situation where I don’t have to deal with [negative past relationships], so it’s just more honest and good intentioned songs.”

The softening of his lyrical topics has allowed Quinn to also explore the more acoustic sides of his talents. “U & Us” draws on the singer’s influences such as Jack Johnson, and is constructed at the core with simple chords and strongly written lyrics. There’s nothing to overwhelm the listener or distract from the simplistic beauty of the record. “The more stripped back stuff is [what] I was more hesitant to do,” said Quinn of the decision to momentarily set aside the eclectic production choices found throughout other tracks in his discography. This was certainly an instance in which stepping outside of his comfort zone worked out for him.

“That’s really what this album is,” Quinn said, “showing myself that I can take a step forward into who I am as an artist and mature things a bit.” From Michigan With Love is a sonically divergent and lyrically cohesive project, with something for everyone, developed with a level of ambition and care that shows a new side of a growing artist’s future in music.

Tickets to Quinn XCII’s upcoming tour From Tour With Love are available here. 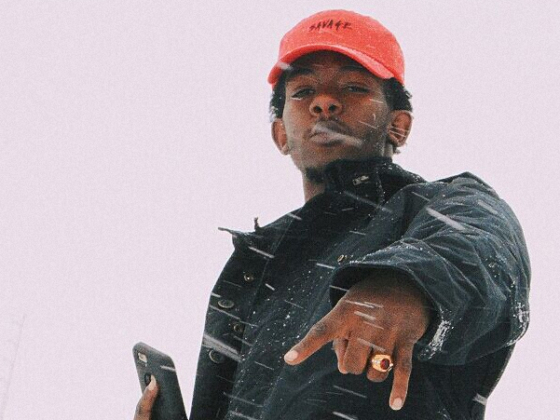 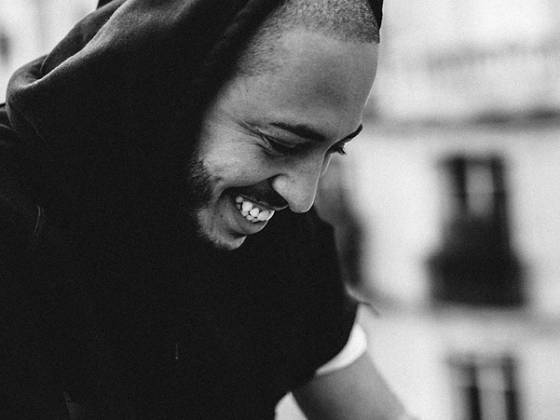 Sirus Hood puts things 'Out Of Order' with return to Solä