A stand-out name from Glasgow's ever changing electronic landscape is producer and DJ Jasper James. From residencies at London's Phonox to frequent appearances in some of the most infamous clubs globally including DC-10 and Shelter, Jasper's journey began in Glasgow and he knows the scene inside out after spending his youth on its dance floors absorbing the culture – despite being up against the city's tough licensing laws. "Clubs open at 11 and finish at 3" Jasper tells me, when we speak about what gives Glasgow the buzz of an all night party, "Everywhere else in the world seems to be open till 5 or 6, sometimes later, so I guess we've got a short gap to fit in as much partying as we can. It's quite an industrial city and it's quite grey and moody – people let loose at the weekend over here".

Jasper has been familiar with Glasgow's nightlife and rich musical heritage since a young age. "I used to go to the Sub Club when I was a wee boy, obviously not when it was open but to collect my dads wages and stuff" Jasper explains, his dad being Harri – Sub Club's beloved resident. "I understood what my dad did because I used to go to festivals and watch him play". With earlier than expected beginnings in well known clubbing institutions across town, Jasper began going to the clubs himself at 16. "I just got older and I was itching more and more to get involved, so when I was 16 i stole my boys ID" he laughs, "Well – I asked to borrow it and then pretended I lost it so I could keep going out to the club."

In terms of mixing and preferred genres, Jasper speaks animatedly about hip-hop and his experiences mixing the genre from the age of 12 – before beginning to dig through house and techno records at 15. He attended University to study Creative Sound Technology, but shares how he already knew he wanted to be a DJ, after playing gigs since he was 16. "My dad the one who told me I had no chance and that I was better off going to University. I took his advice, got a degree and I fucking hated it. It was actually a farce and didn't teach me anything I wanted to know about" he reflects, adding how life could have been very different after he graduated "My dad had explained if I wanted to be a DJ I'd get gigs off the back of making tracks. So I got all the kit (keyboard, speakers, laptop, Ableton) and started making tracks. I'd planned to go to Ibiza as a worker – and just as I graduated, Optimo signed my tracks, I moved to Ibiza and started getting gigs".

Since his very first release via Optimo Trax, Jasper has released tracks on Leftroom and Play It Say It and more recently his very own Mitchell Street Records. The name will ring some bells for those familiar with Glasgow's music scene – as the name is taken from memories of his old (seemingly non-stop party) flat and the subsequent mix series that followed. "Me and Jack (Revill) used to live at Mitchell Street for until we got evicted. I've got very fond memories of that flat. We started the Mitchell street mix series there and it just felt right to continue the legacy after that". Jasper explains that the reason for starting Mitchell Street Records was the need he felt for an outlet, "I'm always digging through records and always getting sent alot of music from other glasgow based producers, and I was saying "that's wicked, that definitely needs to come out" passing these records to the Numbers guys and whatever and asking if they'd heard it. Starting the label is something I was already doing without realising it. There's so much music I want to share with the world".

"I learnt everything from going out, being a punter and dancing. That's where I get all my inspiration so I definitely try and make a point in doing that whenever I can between gigs" Jasper tells me, when we speak about evolving the label and the brand of Mitchell Street itself, "I need to get inspired and that's normally when I'm on the dancefloor". We talk about upcoming releases on the label, with the next coming from Dutch DJ and Amsterdam De School resident Elias Mazian. "I met Elias for the first time in Amsterdam at a gig. I looked at the flyer and presumed I was playing on my own and then I realised I was playing b2b with Elias. Whoever pulled us together knew what they were doing, because we played really well together and afterwards he sent me some beautiful tracks and I was like "fucking hell what are you doing with these?" and I said we'd sign them if they didn't have a home".

Jasper recalls how that the initial idea for Mitchell Street Records was more "club orientated", but assures me there are now no set rules following the signing of Elias' tracks – which he describes as just too good not to sign. When we discuss the concept of Mitchell Street as a party series, he excitedly tells me about Glasgow duo Mannequins who are also due to release on the label later in the year and how the track will be more of a "club banger". "I've been curating all the line ups for the Mitchell Street parties and I'm focusing on bringing DJs to the table I admire and who are creating something I'm a fan of" he shares, moving back on to the topic of the club nights. "It's all intertwined – the label and the music at the nights. I just want to keep it authentic and also bring people who've been coming up through the scene". The next Mitchell Street party is at London's FOLD in Canning Town on Friday – where Jasper is bringing Fred P aka Black Jazz Consortium, the legendary Nick Höppner and Lukas Wigflex.

We close out our conversation with Jasper telling me he's spending most days digging for and listening to house and techno records for the Mitchell Street parties, but in his spare time the surprising contents of the music he's listening to currently on his phone – Diana Ross, dub-reggae in the form of King Tubby and 21 Savage (which he's not so keen on) – are further testament to Jasper's deep rooted ability and desire to immerse himself in all and any sounds. 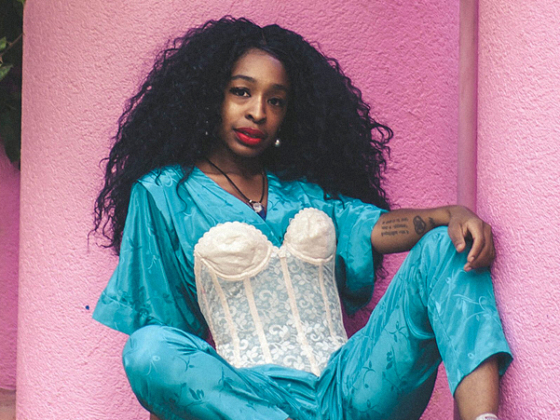 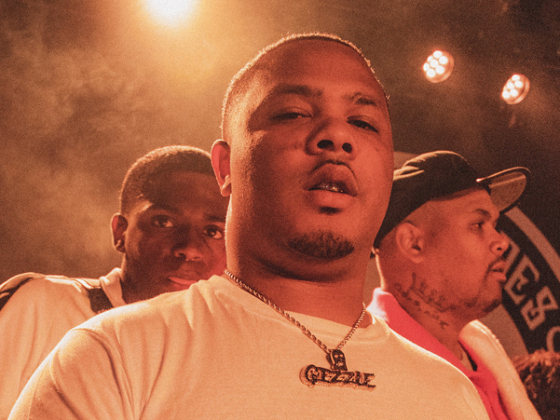