Someone who never fails to provide a party, and the tunes for it, is Bristolian DJ, Producer and all round legend - Eats Everything. With his career kick starting in 2011 with the aptly named "Entrance Song" on Catz N Dogz Pets imprint, Dan Pearce has spent the best part of the last decade as a well respected, solid and ever loved part of the electronic music scene.

Winning DJ Magazine's 'Best British DJ' and becoming the only DJ ever to do two BBC Radio 1 Essential Mixes within the space of a year, Dan has moved from strength to strength since his way back when beginnings. Tonight, recorded as part of the 25th anniversary of the Essential Mix at the Warehouse Project event on Friday 28th September, Dan's Essential Mix will be live to listen back. A 1993 special (the year the Essential Mix began), the DJ and producer made over 200 edits of records from that year for the set.

Ahead of the throwback mix, we caught up with Dan to find out his top five mixes spanning the last quarter of a century on BBC Radio 1. "I just want to say that it's fucking impossible to pick 5 of my favourite essential mixes - so I have picked these because they represent certain points in my life where I really feel nostalgic or they link to memories" Dan explains when he shares his choices, "Essential Mix is so, so important to me. It's the greatest mix series on this planet and it's a true honour to have been asked to do one - let alone 5 or something like that. There are so many great ones, even recent ones, so these are picked because they resonate with me in some way."

"Amazing mix of soulful house, tough house music & a sprinkling of US garage. It's really good. The first time I heard the Todd Terry mix of EBTG - "Missing" was on this mix. Very very good DJ set."

"This is amazing. Truly amazing. Packed full of absolute bangers. Great crowd reaction. I used to get SO excited listening to essential mixes, would listen every single weekend & this one for me, is just one of the greatest. The music on this set is unreal."

"Hard to pick a favourite Carl Cox essential mix because he has done about 1 billion. This one just reminds of a good time for music, techno in particular. When that hard groove techno stuff that was funky as fuck but still absolutely pumping was starting to make an appearance. This is a quality set."

Eats Everything Live at In:Motion - November 2011

"I know this is self indulgent, but when you've been djing for as long as I have without ever getting a break and then all of a sudden, within 3 months of you releasing your first record, you are doing a live essential mix, in your hometown???? Absolutely nuts. I was puking before I did this set, so fucking nervous but it went really well in the end. Big up the essential mix." 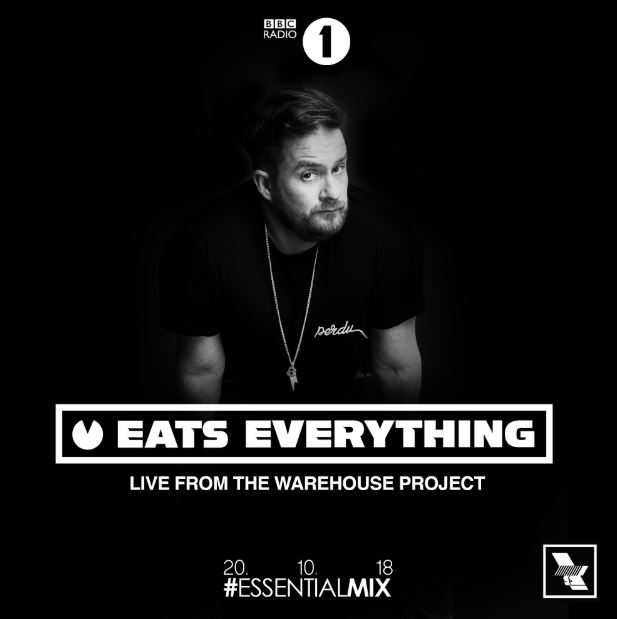 You can listen to Eats Everything's throwback Essential Mix on BBC Radio 1, live at 4am or anytime on the player.