Despite making music for near on 20 years, Berlin based brit Marquis Hawkes still holds an air of mystery – even amongst the masses. With his online bio simply telling readers to "listen to the music" it becomes apparent that he is an artist who strives to make his persona purely about art. "I’ve come to realise what brings me the most contentment, and it's actually being creative – rather than caring about how successful something is" he remarks, "I think that’s a much more healthy way to view things, especially considering that quite often it’s easy to fall into the trap of just trying to get some kind of validation whether it be through sales, social media stats or club bookings"

Marquis Hawkes really became accessible to a whole new generation of house lovers when he released on Glasgow's infamous Dixon Avenue Basement Jams with tracks like "Honey Kisses" and "Lets Do It". "I’d actually released 30 plus records under both my given name and other names, prior to my work on Dixon Avenue Basement Jams" he tells me, "the Dixon Ave boys were old friends of mine, who approached me when they were starting their new label. They asked if I was interested in perhaps trying to produce something more house orientated". His previous work had been mainly techno and experimental, on labels like DJAX Upbeats and Feinwerk. "releasing with DABJ naturally influenced my current career in a big way as it was a change in sound for me, compared to what I had released previously."

His latest project The Marquis Of Hawkes, which was released last week via Fabric's inhouse label Houndstooth, is an 8-track album encapsulating the emotive and experimental sounds of the producer. "There’s no major message or theme behind the album" Mark tells me, "just a particular vibe and feeling I wanted to convey. I guess it’s a little melancholic in places, which is maybe a bit of a reflection of the state of the world, but I wouldn’t want to focus on that too much when in the main – my music is about getting down in front of some big speakers".

The album opens with "Beton Theme", an exploration through beat-less ambience, leading into "Don't U". Championed by Radio 1's Annie Mac, "Don't U" features vocals from Ursula Rucker, reminiscent of the 90s house scene – something Mark knows all too well. "I spent time in Nottingham when I first started DJing. From about '96 onwards, I picked up much of my influence in regard to house music at free parties by DiY and Smokescreen" he recalls, "I was more involved with the free party scene at the beginning of the 90s, all over the UK, rather than having much to do with the club scene in London".

"Instrument Of Thought" is a shimmering club track littered with precussion and a bumping bassline, whilst remaining rooted and unique. Followed up by "Tough Love", with it's fast-pace rhythm and retro bass stabs, it's immediately obvious that Mark has an ability to take a classic sound and fashion it into something with a little more of an edge. "I do like to have a bit of a twist in my music which takes it beyond your typical club banger, and given the format of an album, I have more space to express some different kinds of moods and emotions" Mark explains, "that for me is the essence, capturing a feeling which you can’t really put into words, and can only explain with music".

As the album progresses it begins to take on the form of a journey through Mark's diverse and innovative style of music, with tracks like "The Matrix" taking on more of an introspective and reflective mood. When we discussed the actual choosing of tracks for the compilation, Mark described his process "I had a particular aesthetic in mind for this album. Whilst I was also working on other things at the same time, if I made a track which fitted with the vibe I had in mind – I put it aside for the album pool. We then picked eight tracks that fitted best together, in order to provide a flowing narrative". With narrative in mind, "Sunset" follows – lyrically in keeping with the emotive feel of prior tracks, but charged with New Jersey style house grooves.

The penultimate track, "Hope In Our Hearts", flows optimistically with acid-tinged elements into the closer "We Should Be Free". Featuring acclaimed UK soul singer Jamie Lidell, "We Should Be Free" already sounds like a well established house anthem with Mark seamlessly blending uplifting vocals, chicago-sounding piano and poignant lyrics to create the perfect closer for his truly outstanding LP.

Whilst the The Marquis Of Hawkes and the process behind the album were the focus for our interview, Mark hinted that there was more to come this year under his many different aliases. "There are a few Marquis Hawkes things in the pipeline which I can’t really announce just yet as well as a number of anonymous projects which all have releases coming. Juxta Position, which is a more techno orientated project, has upcoming releases on Len Faki’s Figure label. I make a lot of music, too much and too varied to release under one name, and quite often the releases come about due to people hearing stuff I’ve done and me needing to clear hard drive space so I can make more music. The focal point for me is the creative process, rather than what happens to that work afterwards."

'The Marquis Of Hawkes' is out now via Houndstooth 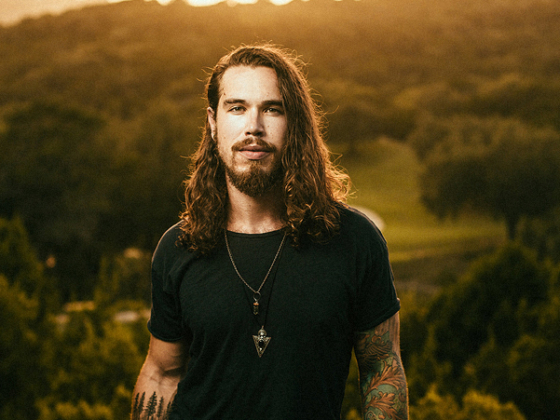 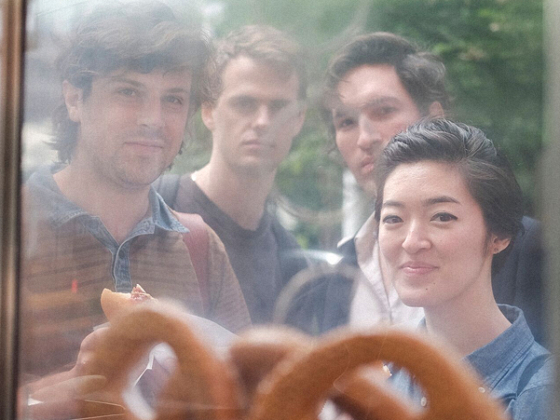 Zula's "New Years" is a spasm of soft psychedelic pop