Chris Lake is one of the good ones. As humble as he is gifted, he isn't a flash-in-the-pan "artist" who hisses "cash me ousside" and panders to the Billboard Hot 100; he's a devoted craftsmen who dedicates his life to pushing his own artistry forward for the sake of his fans and the genre he loves. Gliding atop the upper echelon of house music with no semblance of a career decline or rockstar attitude, he jets from city to city with no objective other than to propagate the blithe vibe of his unique sound, which is as palpable as it gets.

The unstoppable force behind "Operator (Ring Ring)," Lake has time and again proven himself among house music's elite, consistently releasing its most celebrated songs as if he is in a constant state of inertia.

Exhibit A: his new project Anti Up, a joint production effort with fellow house maven Chris Lorenzo. The duo's debut single "Pizza" is an A1 microcosm of Lake's sound, a quintessential club track that chugs along to a chunky 126BPM and features an absolute earworm of a vocal hook that we can all relate to. Chock full of cartoon male genitalia with pizza toppings on them, among other eye-opening visuals, the official music video of the song mirrors its quirky nature.

I recently caught up with Chris to discuss electronic music in the States, his wife's deep influence on his career and the secret sauce behind his envelope-pushing sound.

EARMILK: I caught your Splash House set in Palm Springs, which was crazy. It’s like a pool party utopia, which seems like the perfect setting for your brand of music.

Chris Lake: It was packed, it was hot. The vibe was just fantastic. I was really happy with the reaction. When I grew up and experienced more daytime vibe events in Europe, they’re always so much more chill and pedestrian. The thing that’s amazing about America is that it doesn’t matter if it’s day, or at night, or on land or on sea, or in the sky, or on rail tracks. Americans go f****** crazy 24-7. I’ve been to daytime parties where I’ve tried to play more chill vibes and I get the impression like everyone says “Nah. F*** the salad, get me to the main course.”

E: You moved to LA with your wife about 6 years ago. Do you miss anything about the UK?

CL: I miss my family and friends. But it’s nothing that can’t be managed or overcome. I definitely feel like I’ve embraced living out here in California. I love it. My family is happy here and I’m happy here so I don’t really feel it changing any time soon. It’s got its good and bad sides but it’s California.

E: Can't complain! Also, what does your wife think about your music? I produce too and my girlfriend tells me my music is all awesome even though sometimes I think it’s crap.

CL: My wife is super supportive. She always has been. She’s actually very involved in what I do. We spend a lot of time in the studio together. She never, ever, rushes me. If I called her now and said “I'll be home at 5 from the studio” and then I turned up at 8, she wouldn't be like “What the f*** are you doing?” She’d be like “Okay, cool. I get it. I know what you need to do.” It’s perfect. She’s laced so many of my records with her voice on it. She’s singing for me and she’s speaking for me on records all the time.

CL: Loads of them. She was the singer on "Sundown," she’s the one saying “Answer that call” on “Operator” and she’s the vocal on “Drop Top” with Walker & Royce. She’s on so many of them. She’s ready to launch her own solo project as well, very imminently. I'll send that over to you if you'd like.

E: Definitely, please do. I'm sure she killed it. Let’s talk about Close Your Eyes. How did the EP come together?

CL: I’ve been following Walker & Royce for a few years now. They’re fantastic. I heard a remix they’d done maybe 3 years ago. I ended up getting in contact with them and saying “what’s up” and connecting. Over the past few years the relationship developed and we met up a few times and ended up getting in the studio, just shooting the sh**. We just had this huge jamming session where we laid out the essence of the ideas of the two tracks over at my studio in Hollywood. We were just having fun. We just wanted to make something we could play in our sets and they ended up being a bit big (laughs). “Drop Top” was really last minute; it’s actually the least road-tested record I’ve ever released. I think I maybe only played it out once. It was great working with them. It was a breeze.

E: How do you go about curating vocals? What’s your secret to making these vocal-driven house bangers?

CL: I was actually just thinking about it, because I’ve been noticing lots of people close to this genre that have started using pitched down vocals more and more. It’s a fine line between making these things work and them sounding just like a pitched down male vocal. To make them sound interesting is kind of difficult. But I do have my secrets. I was thinking about this this morning, and I ain’t giving it up! I can tell you the processing I put on it though – it’s really simple.

E: Hey, sometimes they most simple tracks are the most effective. Hit me with it.

CL: I compress it, distort it and boost the high end. That’s it. That’s all I do. Sometimes it’s just the actual root recording that makes all the difference. The way you actually say it.

E: Can we expect you to stay in that 120-128 range for the time being? Or are you maybe thinking about dialing it up, like that QUIX remix of “I Want You?”

CL: That’s definitely not happening (laughs). I like my tempo range, I always have. I do my thing. I do what I like and I do what I love. And I don’t pay a blind bit of attention to what other people are doing. I just do me. And me loves this tempo range, so it’s very unlikely to change. I think it’s a really good tempo range to dance to.

E: Something I heard at that Splash House set, which made me want to put my head through a wall, was "I’m skipping Chris Lake, he’s changed so much since "Boneless." He seemed like he was barely 21. What would you say to him?

CL: Alright (laughs). I just do what I do. I think the time when I released “Boneless” was a very different time. And I became very disconnected with the music and with my own creativity and writing process. And I actually became disconnected with my own pigheadedness in my decisions, if that makes sense. I started listening to other people and I made grave errors in my career. And it’s something that is definitely unfortunate, but I just refocused. About four years ago I refocused and just said “F*** this. F*** this. Just get back to the mindset you had when you were a 16-year-old in your parents house writing music.” I didn’t give a fuck what anyone else was doing. Not in a disrespectful way – I just needed to get back to my own creativity and what I could make myself. And focusing on what I think makes my music unique. And I think it’s been a benefit; it’s left me feeling like I’m in the most creative place I’ve ever been ever since I started producing, and I feel like people can hear that. But I guess it’s a shame if someone latched onto the music I was making in the period when I felt the most disconnected to it. So if that’s what that guy said, that’s a bit of a shame. But I’m pretty sure the rest of the people in the crowd weren’t feeling that way at all. 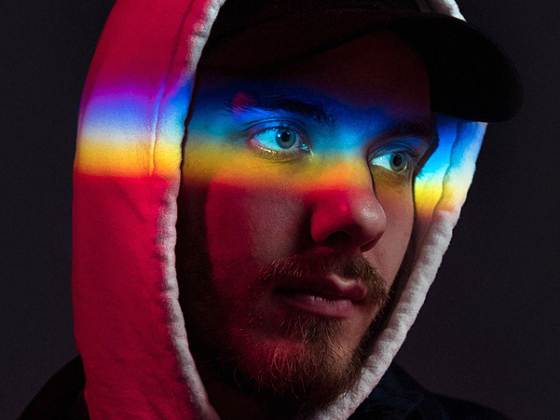 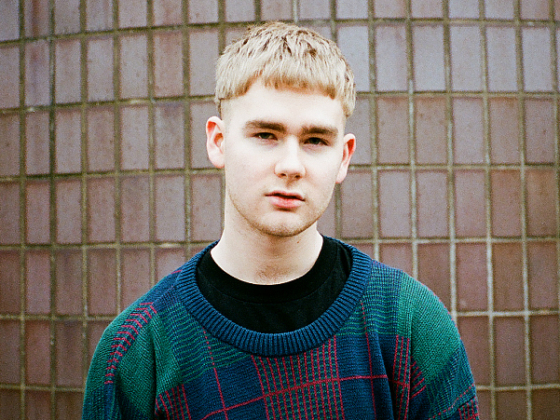