Lex Allen is the voice of the people. The Milwaukee singer has spent the better part of the past half-decade building a career around making your soul-pop. Sifting through his Bandcamp, you’ll find a grip of singles and EPs that catalog a young man coming into his own. From vintage influences to allusions to new wave, to Allen’s finally blossoming into the genre-bending, soul-uplifting artist he is today, the one thing that rings true across all of his music is honesty.

Before we get ahead of ourselves, it’s important to understand the roots of Allen’s expansive sonic palette. “I grew up in a house with 10 eclectic brothers and sisters that allowed my musical palette to be in earshot of all genres,” he tells me.  “Soul, hip-hop, pop and more were always on rotation. We even got a little classical music in the mix.”

One pass through Allen’s recently released debut album, Table 7: Sinners & Saints, and you’ll realize he’s not exaggerating. The record ranges from wrenching R&B ballads to dirty drum-and-bass cuts posed to collapse the dance floor. We get the classical influence in the arrangement of the album, and from Allen’s ear for challenging and compelling melodies. The album takes played pop tropes and gives them an enchanting body.

“The best way I can describe how I keep a balance while mixing genres is similar to how I treat meeting a new person: you give them respect, show appreciation for their talents, and figure out how you can complement each other to build something new,” Allen says. That proverbial respect allows his music to run the gamut, but never feel lost or muddy.

Milwaukee, too, can be credited for his artist range. “Our scene in Milwaukee is diverse and full of individuality,” Allen boasts. “No one desires to sound like one another, which allows freedom of artistry when deciding to collaborate—nothing is ever the same. Over the years I’ve grown to respect every artist in this city, not just musicians, for their willingness to step outside the box and creating something that resonates beyond mediums, beyond genres.

“I can say growing up in Milwaukee made me a strong resilient artist with tough skin. Having seen and been apart of the struggle and now the rebirth of the city, it’s given me a dual perspective of what’s lacking and what’s needed for our scene to prosper. It’s made me aware of what I can do to help our youth, businesses, and people live out their dreams.”

As true an altruist as they come, for the time being, Allen is living out his dreams. Though his EPs date back four years, Table 7 sounds it was written for the last forty. Over a hundred tracks were recorded, but Allen chose seven to best tell his story. Even so, with seven concise tracks, Allen manages to cover the far corners of human experience—but when he began recording, he had no idea what Table 7 would become.

“Table 7 took on so many different forms before I finally released it because I had changed so much during the creation process,” he explains. “I’d lost friends, a producer kept music and stopped communication, I found producers who actually believed in me and their work… I’d lost my mom, a person who completely supported all that I am. I was broken down yet renewed at the same time.

“Writing continuously, revising the ‘plan,’ and unexpectedly losing a loved were all major factors of this album and I wouldn’t have had it any other way. All that happened was meant to happen, and I’m not one to fuck with universe’s plan. The journey to get to these seven songs that describe all the experiences one feels during times of despair and joy are all that matter now.”

Listening to Allen rattle off the trials of the past few years, it’s clear that he is an artist who has learned to embrace and bask in their hardships, an artist who is refreshingly resilient as only a true creative can be. With that, the album is remarkably open. Allen mentions the passing of his mother, but eulogizes her in full on the album in the form of the leveling, “Mama’s Boy.”

“‘Mama’s Boy’ wrecked me mentally, spiritually, and emotionally while we were making it,” Allen recalls. “Seann Bowe and Lenny Skonlik pulled emotions out of me that I didn’t know were there. I’ll call it a shipwreck, because when it was all done new treasure was found in the form of relief, love, and gratitude for a woman so many respected.”

Along with the shipwrecks, Allen also drew inspiration from Brené Brown’s Daring Greatly. The work gave Allen the courage to be vulnerable and authentic, to leave it all on wax. “I was done pretending that everything was okay,” he asserts. “I was done thinking everything had to be perfect. I was done not sharing myself fully. It got me back to my mission to share the power of music, showing that it can change minds and bring worlds together.”

By accepting that perfection was a myth, Allen went on to pen “Release,” one of the most personal songs on the album, and one of the most personal tracks Allen has ever sent into the world. Allen remembers feeling quite exposed at the time of writing the track, digging “deep into a chest of unresolved emotions,” but that discomfort led to a powerful work of art.

An evocative and open artist, Lex Allen should also be separate for the work he’s done as an openly queer artist. Living his truth is one thing, but Allen sees a greater purpose to being out: “It means that a lonely kid hiding themselves may see me being my queer self on stage or walking around strutting in my stilettos and think, ‘If he can share himself fearlessly and authentically, I can, too.’ People are inspired by those who decide to be brave and stand in their truths.”

While mainstream hip-hop and R&B remain heteronormative, Allen does offer solutions to bring us all closer to a place of mutual respect. “Our queer artist have to collaborate more and use our voices in unison,” he says. “There are some talented LGBTQ+ artists out here that could make magic if they connected to create on all levels.”

Allen is right, the LGBTQ+ community is strong and teeming with talent, and Allen hopes fans who are struggling with their sexuality draw from that strength. To the kids without a support system, Lex Allen has this to say: “Know that you are: beautiful, loved, and worthy just as you are.” 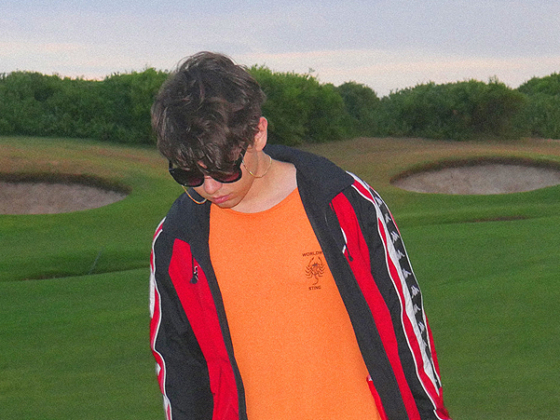 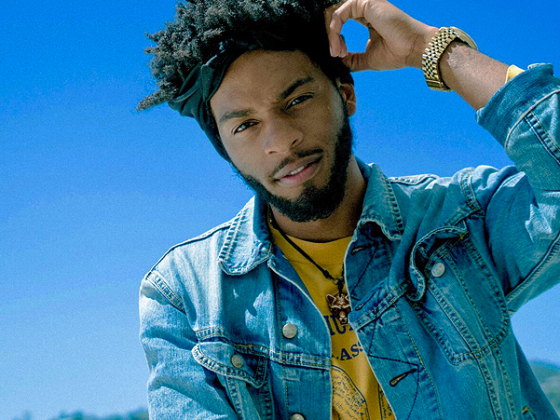