There are some of us dedicated to rummaging the inner regions of the web in search of that good alternative urban music and serving it directly to music lovers. This initiative is what we call "The Slice" at EARMILK. Every fortnight, we share with you 10 ear-grabbing songs from genres ranging from hip-hop, grime, soul, afrobeat/pop and dancehall. So let us do the digging for you while you sit back, relax to some brilliantly crafted music from around the globe.

Ameer aka AMXXR returns with his new release produced by ‪Pete Rock‬ called "Rap Caviar".  ‪Pete Rock‬'s solid production on the "Rap Caviar" record lays the perfect backdrop for AMXXR's ode to strive for hip-hop excellence and is accompanied by Jae Millz, Kyah Baby, and Gregory Weekes. AMXXR has actually been dropping random singles from his stint back in the 90s such as the unreleased 50 cent assisted single. Not sure what project this new one is taken from though.


Jedidiah delivers a stand out video/record on his latest outing. His debut single "Crowd" is an ethereal and quite engulfing record that showcases the singer/songwriter's emotionally drenched vocal tones and unorthodox musical style. Jedidiah gives us a short insight into the creation of the song, "…Crowd ’ is the result of what happens when you just let go and let things happen freely, and I hope you can hear the passion behind that." The Ezra Cohen directed visual really takes the record to a higher plateau with its quirky aesthetics, shapes and quick scene cuts that give off a form of passionate urgency.

Young, up-and-coming emcee Drew Noir delivers a solid tribute to the late Craig Mack in his latest effort. Jumping on the evergreen Easy Mo Bee produced "Flava In Ya Ear" instrumental, Drew goes in with slick bars and a hustler's mentality  "...all that muh-fucking time spent with open eyelids so when I make it you can't say I don't deserve the shining...". The freestyle is quite short and ends at a little past the 1-minute mark but it's still something worth sharing.

Spliff Hemingway teams up with the Jazz Spastiks production team for this super smooth joint titled "Water". This is actually a remix that takes the listener back to the 90s with its vintage sounding aesthetic. Spliff comes through with an effortless flow that only stops every now and then to catch a break.  Teaming up with Phil Mao for the visual, the result is a dream-like video that splices Spliff's performances with retro effects that truly exudes the retro feel of the song.


Coming straight out of Manchester, UK soul singer Gizelle Smith comes through storming with this funk driven banger titled "Dust". The record, which serves as her lead single, is a soulful dynamo that will get you grooving in no time. Smith delivers soulful vibes throughout the song alongside a catchy refrain. While the song details the story of a regretful relationship that she wished she had left, the sublime musical arrangement provides a superb safety net for her sorrows. The video plays out in cinematic fashion as she is metaphorically taken hostage by an unknown figure whose clandestine aim was definitely not in her best interests. She is most definitely funking things up here and we totally love it.

Miss Olithea delivers a soul-searching tune in the form of her latest single titled "4c". The theme is much deeper than what it seems as she approaches it from a unique angle. The topic of hair for black women can be very touchy (literally and figuratively speaking) and personal. "4c" explores that personal aspect and details her journey to loving what is originally hers and furthermore finding self-love in the process. The record is emotionally intense, unapologetic and alluring. The chords are plush and fit perfectly with the afro inspired beat. The lyrics are cleverly written and the chorus is not only hypnotic but will stick with you all day. Olithea adds “ It was a freedom that I had never felt before and I truly believe was a catalyst for where I am today.”

Nolan the ninja hits the forefront with the visuals for his song "Phoenix". This track is off his acclaimed 2017 LP 'Yen' and features Grammy-nominated vocalist Ashley Rose. The rhyme-spitter is known for bars and wordplay, but he waxes poetically about a love interest; showing another facet of his artistry. This is a far cry from his usual aggressive flow and the smooth visual directed by Alec Aretakis keeps it all mellow and buttery with a laid-back aesthetic.

"Honest Rap Song" is the debut single from Sydney based singer-songwriter Tazzy. Just like the title suggests, the song explores insecurities, weaknesses and all the troubles that we all seem to forget. It's hard hitting with a tongue-in-cheek approach. Armed with a commanding husky vocal, Tazzy delivers her off-the-cuff flow over an 808 padded trap-ish backdrop and talks about being broke, not being successful and then some. In her campy, satirical video, Tazzy breaks every rule in the urban music video game. Unabashedly parading around Sydney as caricatures of herself, Tazzy embodies her lifelong struggle of playing different roles to fit in and be accepted. To end with a quote from her, Tazzy says “this is my honest rap song, I hope you’re not too cool to sing along”. Stream 'Honest Rap Song' here

UK act TOURI$T caught our ears with his laid-back flow and well crafted lyrical skill-set. On his record "God Like", he strays from the overused street narrative and chooses to focus on what really matters to him. The production here is hard-hitting and dark which fits his introspective lyrics. His aim is to push the idea that you, as an individual, can be a God in whatever you choose and you shouldn't let your environment determine that for you.

Kadija Kamara " Eyes On You."


I recently came across this cinematic funky record by London based singer Kadija Kamara and it stuck to me like white on rice. Her sound is so uber vintage it's hard to ignore. Combining retro analogue elements and modern influences, Kadija stands out from the rest with her engulfing production and commanding soulful vocal tone. This record "Eyes on you" is a prime example of what she calls alternative soul and it's taken from her EP 'Nothing Left To Lose' 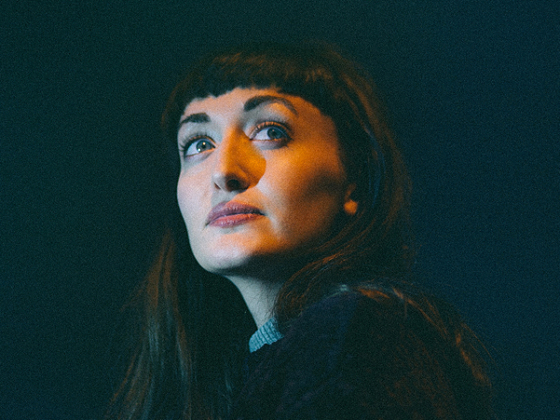 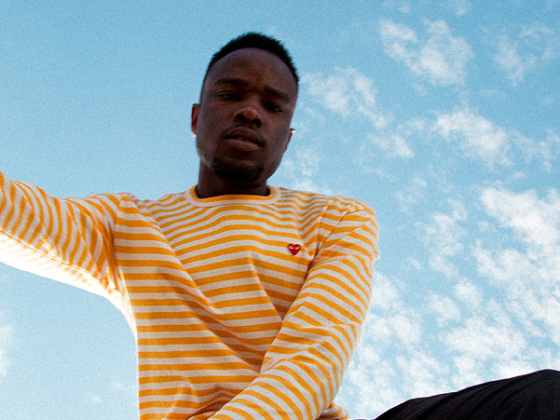 Analogue in a Digital Age: A Conversation with ODIE