It’s all about survival. At least, that’s how Odario Williams, leader and main vocalist behind one of Canada’s best-kept secrets, Grand Analog, sees it. But the idea of survival is more than holding on for dear life; it’s about the positive aspects as well. It’s about celebrating the wins, regardless the size, and pushing to reinvent oneself.

Comprised of Odario Williams (lead vocals), Ofield Williams (DJ, backing vocals, producer), Warren Bray (bass, producer), TJ Garcia (drums, vocals), Aubrey McGhee (sax, producer), and Alister Johnson (producer, programmer), Grand Analog is a modern music collective that plays what they feel. They don’t cater to trends, be it in music or business, and make records that they want to hear. For that reason, they’ve gone from Reggae to Rap/Rock to Golden Era Hip-Hop, all while staying true to themselves.

Over the course of an hour-long conversation, I spoke with Williams about the goals for Grand Analog’s latest work of art, Survival. We talked about the Canadian music landscape, how the band found it’s beat-centric sound, and of course, the art of surviving.

Before dealing with the present, let’s take a step back and look at the past. For Williams, it all started with a strange new sound emanating from the speakers of his Cookie Monster clock radio. He was in middle school, just another kid listening to music well past his bedtime. Under the sheets to muffle the noise, he heard a different sort of sound blasting out of his speaker one fateful night. It was jazzy, upbeat, feel-good music and it had a real swagger to it. It was De La Soul, though at the time, he didn’t know its name or anything about it, other than the fact that it came from New York, and he loved it.

Without things like Twitter DMs, Email addresses, or Shazam, Williams’ only hope at finding out the origin of this strange sound was through writing monthly letters to CBC Radio, the station that played the jam. After months of relentless one-sided correspondence, Williams came home to find a small envelope waiting for him on his bed. “I go and open it up, and that radio station sent me De La Soul’s De La Soul is Dead, CD. And my mind was blown!” From there he outlined the Hip-Hop rabbit hole that De La Soul is Dead started him down. “And then Buhloone Mindstate came out, and I discovered Midnight Marauders, by A Tribe Called Quest, Digable Planets’ Blowout Comb, and Nas’ Illmatic. Those were the records that made me realize what I wanted to do.”

Fast forward to 2018 and De La’s Posdnuos is on “Mutations,” one of many standouts on Survival. How’s that for coming full circle? But more than great features, Survival is a time stamp for the lives and tastes of the band who poured their souls into the project. “A record can always be a closure to an aspect of our lives. Survival, represents a new aspect that we’re going for here,” says Williams about the project.

So if it started with a clock radio and ended with Survival, how did Williams and the rest of Grand Analog get here? For the group, making music has always been about satisfying themselves. “I’m just so proud of the music we sat down and created. We wanted to fill a void. We had this yearning to just listen to some beats and some music, and we have the ability to do it. So we did that. We made a record that we wanted to listen to.” Williams said that Survival sounds the way it does because they wanted to, “bring the beat back.”

And bring it back they did. Thanks to Johnson’s jazzy production throughout Survival, but especially on the instrumental tracks “Survival Mode,” “Stardust,” and “Everyday (is Love),” the EP breaths with fresh life. At no point in its 28-minute runtime does Survival feel claustrophobic. With only eight tracks, it’s a pleasure to enjoy anywhere and at any time, without feeling bogged down. “We went with an EP,” Williams says, “because we understand people need small doses right now.” And it’s appreciated. This isn’t Migos’ slog of an album; this is weightless musical ecstasy.

Don’t, however, think that this all happened by accident. Williams had a plan for the project’s construction long before it ever graced your earbuds. Those who have listened to the project will notice the opening and closing tracks share the same instrumental. With more than enough banging beats from Johnson, it wasn’t a necessity to use the same instrumental twice but a deliberate choice. Williams is a storyteller. He’s written poems and prose and sees his musical pieces in that same light. “You can’t help but want to see a beginning, middle, and end of your work. So even if it’s a musical piece, I still feel that it needs that beginning, middle, and end to it. I knew I was going to close that way before I even knew what was in the middle.”

From there, our conversation drifted to the ever-growing music scene in Canada, and it’s unexpected origins. “What makes Canada so interesting, is that there’s no specific influence for us to draw from. Our palette is quite wide right now, and that used to be a problem. It used to be looked on negatively because we don’t have a specific history or lineage to draw from.” But because of that lack of history, they can and do, draw from everywhere. And no band is a better example of that technique, than Grand Analog. Between 2009’s Metropolis is Burning, 2014’s Modern Thunder and 2018’s Survival, the band has shifted and changed, sampled and coupled sounds at their leisure, giving genre labels a friendly middle finger. Canada is leading the charge in genreless music, and the world is better off for it.

“The act of survival is standing on your own two feet after adversity,” says Williams. It’s adapting to your surroundings and never giving up. In that way, Survival deserves its moniker. It’s a compilation of life experiences shared by a group of talented individuals, a moment frozen in time by the pressing of a vinyl record. “Everyone in this group has gone through a few things. And at the end of the day, we all stood here, on our own two feet, and we’re proud of each other. And I just want that to extend into other people's’ lives. Whatever you accomplished or survived, you’ve got to be proud of that.” 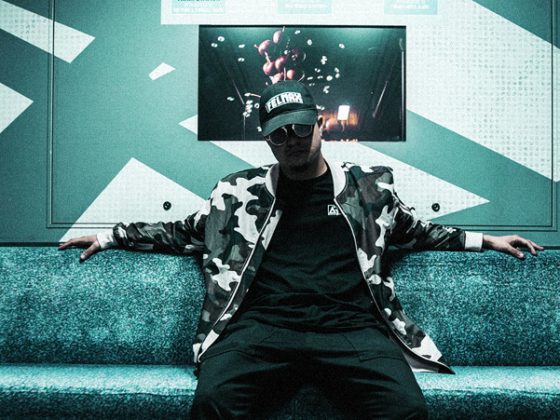 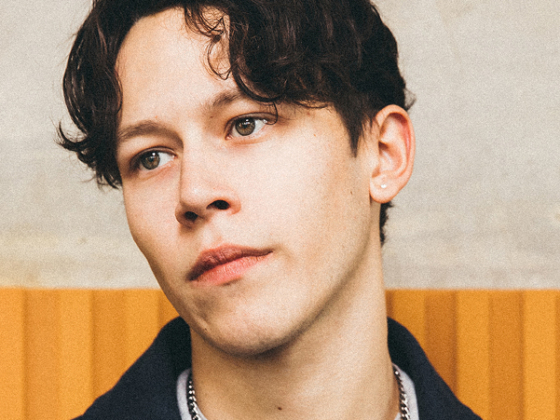 Cool out to Isaac Waddington and his latest, "Nothing's Changed"