It's not been a straight forward journey for Palestinian born artist Belly, who's ability to not only rap & sing, but also write and produce incredible songs, has seen his stock rising at an amazing rate. Having immigrated to Ottawa, Canada from Palestine with his family when he was just seven years old, Belly (birth name Ahmad Balshe) spent his early Canadian life living out of a motel room, trying to adapt to both the language & cultural changes. Managing to only speak broken English, his life was changed when he convinced his mother to buy him Notorious B.I.G's Ready To Die album, and from their his fascination with music took off. Since then, he has not only signed to legendary label Roc Nation, but he's written songs for some of the most sought after artists including The Weekend & Beyonce. His story is one of poverty & hard times, but it's how he's not only overcome those situations, but turned them into positive outcomes that really impresses people about this talented yet humble man.

Now, with a host of mixtapes under his belt already, Belly has released his latest offering entitled Mumble Rap, produced entirely by fellow Canadian beatsmith Bo1-da. EARMILK caught up with Belly over the phone, the day after he'd played a sold out show in London, England, where we had a chat about life as an immigrant, his friendship with Jay Z & how he goes about penning some of his hits.

Peep the interview in full, below.

EARMILK: How was your show last night?

Belly: Aw it was fucking epic man! I hope to be back here a bunch of times, I love this place.

EM: How do you find Europe, do you enjoy it out here?

B: Yeah I love it, I mean I think the vibe is different but it's dope. The people are really into the music, they're into the whole music scene and I love that about Europe.

EM: That's cool that you notice that, coming over to new places can be a little daunting. You moved from Jenin in the West Bank of Palestine when you were young, was it hard for you to fit in around Ottawa?

B: Yeah, there was a language barrier, a technology barrier, I'd never used a microwave before *laughs*. There was so many hurdles we had to get over but I guess that was just a part of the journey. I feel blessed that we got to be in Canada and not somewhere else. Canada really takes care of all refugees and immigrants and does a really good job of making us feel like we're really Canadian.

EM: Definitely, we've seen recently the Canadian Prime Minister Justin Trudeau has been really welcoming of Syrian refugees and making them feel a part of the country.

EM: In "Immigration To The Trap", one of the tracks from your latest project Mumble Rap, you tell the story of how you came to Canada and did everything you could to survive and integrate into the community. In the current political climate where we have a President who isn't so open about people coming into the country, do you feel it's especially important for someone like yourself who has an influence on a lot of young people, to try to tell your side of the story and perhaps voice the opinions of the people who don't feel like they have one?

B: Absolutely, I think theres many facets to that. First of all, being someone who came as an immigrant, I can always relate to other peoples struggles. It's a human issue, people always want to put it in a box of 'oh thats political don't talk about it'. Theres people who HAVE to leave home, they don't want to leave y'know? They don't want to cross these borders, risking their lives, they need a helping hand and us being in a better position than a lot of people around the world, 70% of the world to be exact, I think we need to find it in ourselves to take people in and give a hand when we need to.

EM: Is it true that you learnt English by listening to Biggie's Ready To Die album? And that you mom would only let you have it because it had the baby on the front?

B: *laughing* Yeah that's facts bro, true story! She had no idea, that album changed my life man, for real.

EM: *laughs* How crazy is it that you went from listening to that album, to then being signed by & becoming good friends with someone who was so close to Biggie when he was alive, but who also influenced the whole New York scene as we know it today, the legendary Jay Z?

B: Man, Hov is everything for me. Especially when Biggie passed, y'know it felt like there was a void there. Big Pun came through and did his thing until his untimely death, but to me Hov carried the torch for so many years and set the precedent. He was definitely my idol for the better part of my childhood & my adult life, and even just getting to sit down and have a conversation with him was incredible to me, something I never dreamt would happen, and then for him to offer me a spot on the Roc Nation roster was a dream come true. In my humblest opinion I never expected that shit to happen to me.

EM: You actually have a couple of bars on "Make A Toast" which you talk about being backstage at the Barclays Centre, drinking Hov's chardonay and writing songs, was that a realisation of how far you've come?

B: It's a celebratory bar man definitely. Before that I'd never really drank Hov's chardonay at the Barclay's before *laughs*. After I put out Mumble Rap, we did a Tidal X show, and I kinda spoke that bar into existence.

EM: Your mixtape's title is Mumble Rap, yet the music itself is far from what we know as mumble rap. You've said in previous interviews that you wanted to take the term back as you thought it wasn't getting the respect it deserves, do you think you've achieved what you set out to do?

B: Yeah I feel like I've achieved it, and think the best part about it is the conversation we're having, that's what I wanted. I wanted people to talk about it and understand my position on it. I think everyone knows where I'm coming from, everybody knows I feel like the rappers they try to put down by saying they're mumble rappers are the people that are really shaping the culture right now.

EM: You've written songs for The Weeknd ("Earned It"), Beyoncé ("6 Inch") & so many more, what is your process when writing? Do you have to hear the beat first or are you always writing?

B: I'm always writing, that's the bonus, I'll always have shit ready, but it's not that systematic for me. Sometimes I have stuff written and I'll try to find the music, other times I want to hear the music first before and it'll inspire me to write something. When it comes to songwriting, I just go into the studio and make music. Some songs I feel like it belongs to me, and other times I feel like  the art should be hanging in someone else's house, it's not a systematic process. As soon as I finish a record I get a feeling whether its for me or not.

EM: Where do you see your next sound going? Have you got anything underway at the moment?

B: I have a whole new project ready to go as we speak. I really wanted to put Mumble Rap out because people might just know me for the more melodic stuff I've done like "Might Not" or "Ballerina" or "Frozen Water" and I wanted to give people the rap side of me. A lot of my fans are really receptive of me going back to the rap stuff, really I'm a student of the game, I've been studying this rap shit for twenty years plus. It was second nature for me to go back and rap. The album is something crazy man, I've got Abel on it, Pharrell, YG, DJ Mustard, French Montana. The album is coming, it's something universal.

EM: One last thing I wanted just to hear your opinion on, as someone who has travelled to somewhere completely foreign to them and had to deal with trying to fit in and adapt, what would you say to anyone, not just immigrants, but anyone who feels like an outcast or that they don't fit in, what would you say to them?

B: Fitting in takes minimum wage. If you stand out then stand out and be yourself, embrace it. If you're different then take everything that's beautiful about yourself, that's different, and use it to empower yourself. I feel like thats what, not just immigrants, but EVERYBODY should take every day when they wake up, and use that to live their life. 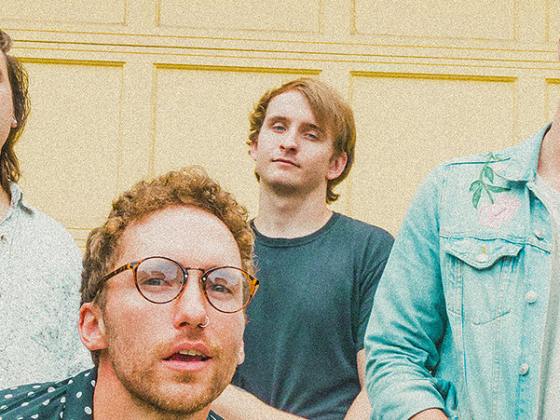 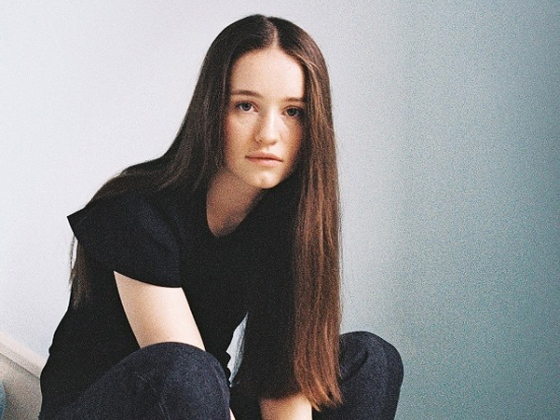 Sigrid continues her perpetual ascent to the top with "Strangers"