Let's say you're a fan of a specific artist. That artist announces a new tour, which sells out in the blink of an eye. When you are unable to obtain tickets, what do you do? Do you:

If you answered (A), you are probably hilarious and I urge you to include your Twitter handle in the comment section. Sadly, Kaskade recently fell victim to all of these ridiculous outcomes shortly after he announced his Redux Tour, a series of esoteric shows where he will reward his diehard fans with the soulful brand of house music that put him on the map in the first place.

The tour's venues are diminutive in their capacities, but they are ideal for Kaskade's venerated brand of celebrated house music, which has taken a backseat in recent years to his more arena-friendly sound. Naturally, the amount of tickets typically available for a Kaskade show decreased significantly to the chagrin of his fans, who took to Twitter in vacuous fashion to air out their frustrations. In retrospect, it's easy to see that the debacle was bound to be a byproduct of the tour itself, which has one of the world's most famous DJs opting for intimate clubs over giant festival atmospheres.

I had the pleasure of sitting down with Kaskade in downtown Las Vegas before his set at Life Is Beautiful to chat about the incident, but more importantly the Redux tour itself, his inspirations through the years, and the music he propagates in order to inspire the next generation of producers.

EARMILK: Fire & Ice is one of my favorite records. Your last Redux 002 EP offers a stark contrast from your sound back then. What's your trick to changing up your sound but still keeping your fans engaged?

Kaskade: From the beginning, the music has always been about the lyric and melody at the core. Lyric and melody first, and then I can produce it. This could be a house song, or a downtempo song, or whatever. As long as it's telling a story, and it's from the heart and I'm keeping it honest and fun, that's all that matters. Production styles come and go, right? Right now, EDM is popular. Next week hip-hop is popular again. I think if you're writing really good songs it doesn't matter how it's produced. I think you're seeing that more and more in pop music too. Things change, but people will always want good songs.

E: Definitely. Nowadays I feel like a track's lyrics are more crucial to its crossover appeal than its production.

K: Lets take, for example, "Nobody Like You." I didn't write that song. The person who wrote it approached me and said, "hey, this is a beautiful song." And I'm like, "man, I'd really like to produce the music for this, it appeals to me and it sounds like maybe I could've written this" (laughs).

E: Yeah, it's more downtempo than what you normally do. It doesn't have that Fire & Ice vibe, but it definitely still has that Kaskade feel to it.

K: Okay! I like to hear that. So for me, whether or not I'm sitting down and writing with somebody or writing by myself – if it resonates with me, then that's kind of my motto. If I like it, then it's Kaskade.

E: In my opinion, today's musical landscape is marred by mindless albums. Stuff like mumble rap and sugary pop that are just made to pander and will surely be forgotten. What's a piece of music that has stood the test of time and has inspired you over the years?

K: I think for me and for a lot of people, music represents a time and moment in your life. Fire & Ice will always be that time in your life – you'll listen to it ten years from now and it'll be that – you'll always go back to those memories. For me, the music that means the most and I feel still works today is stuff when I was a kid and I first got into music. So The Cure, The Smiths, Echo and The Bunnymen, INXS, that kind of new wave sound. All that stuff that was happening in the mid-to-late 80s and early 90s. Those were bands where I was like, "man, this is something different." I remember listening to The Cure's Disintegration album and it melting my mind. Robert Smith is an incredible songwriter, right? And it's the same thing with Morrissey. I mean that dude is just a brilliant songwriter. And that stuff is always going to be there. It stands the test of time. Disintegration is thirty years old, but I could put it on today and it would still rock my world.

E: You can't go wrong with The Cure. I just hear all this mumble rap nowadays, all this absurd music, and it'll be gone with the wind before you know it. Blows my mind.

K: Yeah, it'll be gone. Five years from now we won't remember that stuff. But, again, there will be a couple songs that come out this year – whoever it'll be, maybe Beyoncé, who knows – that will do something truly amazing that'll have everyone ten years from now still talking about it.

E: Back to your music. With Lipless and now LöKii, you seem to have your ear to the ground for emerging artists. How do you find them?

K: The secret is that I'm not finding them, they are finding me. I think my music attracts a certain kind of person, and I think a lot of these guys are pitching me demos, or it's friends of friends, and they get to me somehow and I get to hear their music and I'm like, "wow, this person is extremely talented." My studio is in Santa Monica.

E: That's where I am too. You're right there on the water, like near the Pier? That's the dream.

K: It's amazing. So it's really easy to convince people to come over and hang out at the studio and make music with them. Most of my career, it's been at my house so it's harder to collaborate with people. Like when I collaborated with deadmau5 or Tiësto it was all through the Internet, I'd send them stuff and they'd get back to me. But now I just have people come over and stop by. I'm just like, "hey you want to get food and go to the pier, maybe grab some fish and chips?" It's easy to convince people to come to Santa Monica (laughs). So it's cool, I think I've collaborated more in the last six months than I have previously in the last six years. I've never had a facility or studio where I could work at and just have people stop by.

"I'm not trying to make people mad. I'm just trying to have a good time."

E: Moving on to Redux. You mentioned on Twitter that the show is meant to be experienced "by hundreds, not thousands." Can you share anything about the show for our readers? What about it makes it more intimate?

#REDUX is intended to be experienced by hundreds, not thousands.

It’s a different thing – not trying to fill stadiums with this.

K: So tonight, right? I'm playing this massive freaking tent with 25,000 or so people. It's huge. And it's hard to get up there and play something like "Nobody Like You" or "Tell Me" off the Redux EP where it's more chill/downtempo stuff. It's hard to present those kinds of songs when I have a lot of my catalog and a lot of my music where I can come out here and bang it out and have a fun time. So I think the idea for Redux was to play these small rooms where I can get away with a lot more. It's a much more intimate setting with a lot of sound and a small group of people. Although that pisses some people off because they can't get tickets – which I understand, I get it – I'm not trying to piss people off. I'm just trying to do something fun that kind of indulges myself and some of these fans that grew up seeing me in these smaller rooms before I had this fame.

"There's no creative box I have pressure inside of. I can just do whatever the hell I want."

E: I couldn't believe the nerve of some of those fans. You're the last guy they should be lashing out at.

K: I'm not trying to make people mad. I'm just trying to have a good time. And listen, that's just inherent to the Redux thing. Every time I do it people get upset. But part of it is, if I played a Redux set here to 25,000 people, they would be like, "he's not even banging it out." But when I do it in a nightclub and there's 400 people there, they know. These 400 people probably know my entire catalog. They know the b-sides and the more subtle tracks I've done, so I can get away with playing those. And they're feeling it. There's no creative box I have pressure inside of. I can just do whatever the hell I want.

E: What is your dream venue for Redux?

K: Some of the coolest Redux nights that I've had have been at some Chicago venues. What's the place underneath Metro? Smart Bar! I've done a handful of Redux shows there and it's just… it's everything that house music is supposed to be.

K: It's a perfect sound system, a perfectly designed room. And I feel like in Chicago, those fans there, there's a couple places in America where they really understand my sound, but certainly in Chicago I've had fans that have been following me since I was a kid. To be able to go there and play those shows for that audience, who truly understand what house music is… it's an amazing room with an incredible group of people. 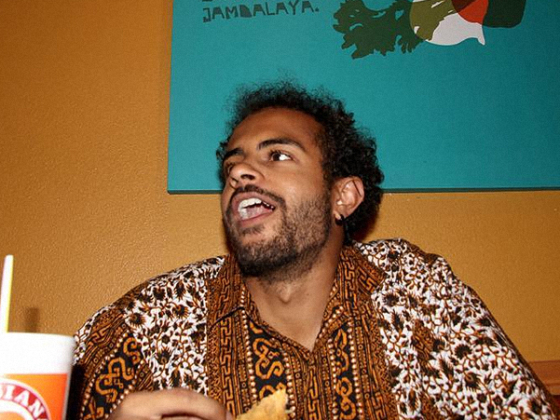 Nafets flips a variety of flows on "Jones" 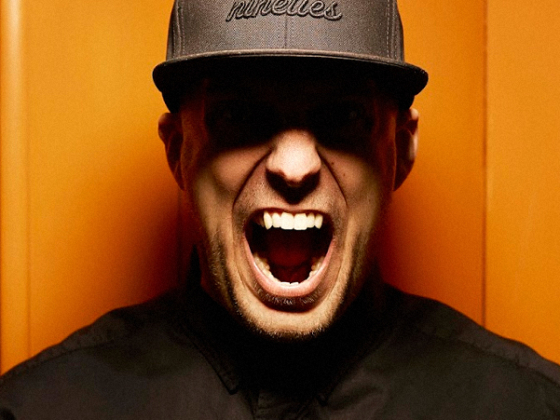