It's always really nice to stumble upon an artist, and then find yourself enjoying their consistently excellent back catalogue, and that's exactly what happened with Hayden Calnin's most recent EP Dirt, after we lucked upon "Waves" crate-digging through the SoundCloud abyss recently. Unlike Hayden's earlier, substantially oneiric material there's a definite “immediacy” with Dirt; almost as though the whole world could depend on the fate of a single concept. The production centres around the vocals, which makes for a very powerful, emotional and raw listen. We caught up with Hayden to hear more about him, chat about his EP and upcoming live shows, and find out how he got into making music.

EM: Can you tell us about the influences on your most recent EP?

HC: It’s a little bit inward. I wrote it for my friends – it’s been a weird couple of years for a lot of my friends, and some of my really close friends have been battling a lot of mental health issues and stuff. Because I’m so busy doing the music thing, and working I found myself slipping away from my friends when they need me around. It’s my way of saying I’m still here and I’m how much I’m thinking about them and care about them. It was really super relevant when I was writing it in the thick of all these thought trains.

Production wise it was really rough and rushed I just had to put it out. I didn’t want to delve top deep into the production and make it all nice, and clean and neat. They’re all pretty much just sketches and that felt really right fitting with the mood of the EP.

EM: It can feel difficult sometimes to know how to help, when friends, family or loved ones have mental health problems. It seems as a musician that’s one thing that could help them, having a set of music they can always come back to and it’s not going to go anywhere; it’s a lovely gift. Is that something you felt?

HC: Definitely, each track on the EP is for somebody. They’re like song-letters. I’ve let my friends know and they’re all super appreciative and great. The launch we did for the “Waves” single around Australia, it was really nice because they were all at the show and they really enjoyed it.

EM: How about musical inspirations on the EP?

HC: Musically; no major influences, I listen to a lot of M83, trap, Fleetwood mac, and low and beyond! A lot of local Aussie artists as well. I’m surrounded by it, and all my friends are in bands.

EM:  The nearest musical comparison to the EP feels like Bon Iver in his instrumentation, and also his vocals on the last album, which unhinge with what can only described as points of frustration. It reminded us a lot to production similarities on Dirt. How do you feel about that comparison?

HC: I love all of Bon Iver’s work, and pretty much everything Justin Vernon touches is gold. It’s always just sitting there at the back of my mind and to be honest it’s the same with any inspiration it does come out, but in your own way. I think that’s really normal; a lot of people are afraid of sounding like somebody, but it’s a great thing to be compared in some ways; he’s a gem to be compared to.

EM: Any upcoming events planned after the EP release?  It would be awesome if you came to the UK!

HC: We finished up a couple of shows – we did three. I’m doing Big Sound, which is a festival up in Brisbane in September. My manager and I are just talking at the moment about getting back the UK and EU and eventually over to the states too. I’m pretty eager to get back on the road, but also to work on another album. I’ve just got the writing bug after putting the EP out, so I’d like to hone in on that a little bit! But I need to keep playing and being active otherwise I’ll go to England and be all “weird”. I love it in the UK though. I was there for a little while last year and a bit around Europe. I was blown away by the hospitality, everyone is so lovely and welcoming and you feel very looked after. The crowds are gorgeous, so I definitely want to come back very soon. Everywhere was great. I’d love to do a bunch of house gigs, which are more intimate. We have them in Aus and they’re really well curated. I also have a thing for old dilapidated churches as well.

EM: The piano sampling on the EP was very inventive and percussive. Is that quite a new thing?

HC: I play guitar reasonably well. I play piano, and I’d like to think of myself as a drummer, but most people would disagree. Predominately, I focus on the writing and singing, but play/dabble a bit of everything. I love writing on a piano compared to a guitar because you can kind of feel it a bit more. I’ve been delving more into the piano world lately, and I love it. It’s where I’d like to keep pushing myself musically. I feel like I’ve figured the guitar out and, as a writing tool isn’t fitting as much.

EM: How did you get into music by the way?

HC: I picked up the guitar up pretty young and used my dad’s guitar, which I still use now. It’s a ripper. I played in metal bands for fun, but then went and studied Film at university, which got me into sound design and that world. That’s what got me into music I was so obsessed with filmmaking and it kind of clicked that half of any film is audio and it’s got a lot to do with the score that people feel certain ways throughout. I started doing a lot of work with cinematographers and directors at Uni and doing little pieces for short films, and then got heavily involved in sound production. At uni I was big into script writing and screen writing. I never wanted to be a director. I was big into photography and cinematography, sound design and field recording. By the end of Uni I was pretty familiar with the software, which is pretty much the same as music production. I was writing songs instead making as many films. I’m slowly getting back into the film world and I’m doing lots of publishing work. I will eventually get back into film properly, but for now I’m really enjoying writing songs.

EM: It’s interesting that sounds of every day life are now being recorded as part of ways to enjoy music and create something a bit more radical and live. Can we ask do you have any aims in music?

HC: I’d like to write a song that I’m really happy with. When I get that I’ll be stoked and then who knows. I still feel like I’m trying to write this one song that’s been in my head, since I started, but I haven’t got there yet. I’m just going to keep making songs. So much amazing music comes out everyday and you hear all these amazing things. I’m just like fuck I want to make music as good as this. There’s something really addictive about it as well. Once you start you get really hooked on it and you want to keep doing it! So yeah, no endgame, no real dreams or goals other than continuing to make it, which is a great thing. I’ll just do it until I’m tired. It’s really nice to be able to live, and be inspired by other people and places. 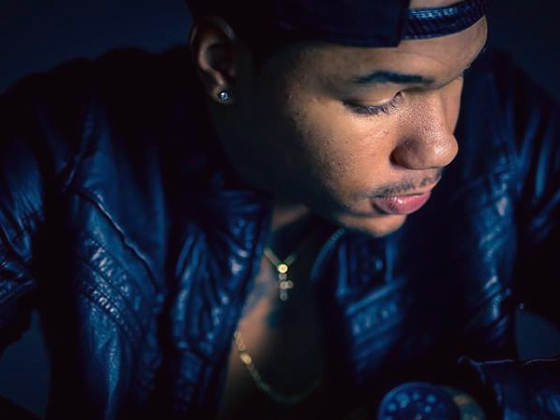 Dre Cruise shines on "In The Lights" 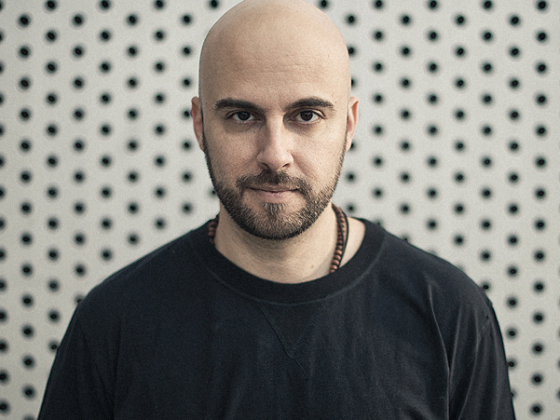