4 years ago by Jason Heffler

At a private event in Venice showcasing Microsoft's Music x Technology initiative, Alison Wonderland uttered one line that summed up their collaboration immaculately:

"Technology is always moving and I want to move with it."

The mere act of moving is an integral element of Alison's signature on-stage demeanor. A vivacious spark-plug DJ who can scratch with dizzying speed and accuracy, she has gone to great lengths throughout her career to silence critics who believe she isn't actually mixing live. Her most bellicose, however, are her visuals.

Enter Microsoft, who approached Alison Wonderland with an idea to harness her kinetic live persona and fuse it with their cutting-edge products to offer fans a unique visual experience at her live shows. An artist who manifestly cares more about the happiness of her fans than the dollars they earn for her, she was immediately enraptured by the level of connectivity the technology made possible. I was fortunate enough to sit down with Alison Wonderland and chat about her forthcoming sophomore album, the groundbreaking Microsoft collaboration, and the impetus of her inimitable musical stylings.

EARMILK: What was the inspiration behind this Microsoft collaboration?

ALISON WONDERLAND: I've always been very adamant about my visuals, and when Microsoft approached me they told me they wanted to design some things that were more interactive with my shows. I don't know how much you know about what I do visually at my shows, but in the past I've always live projected my hands and what I'm doing behind me. That stemmed from years ago when people were doubting that I was actually mixing. And I was just like "Fuck you!" But also I feel like there's such a barrier between the crowd and what a DJ is doing because they can't actually see how busy their hands are or what they're up to. 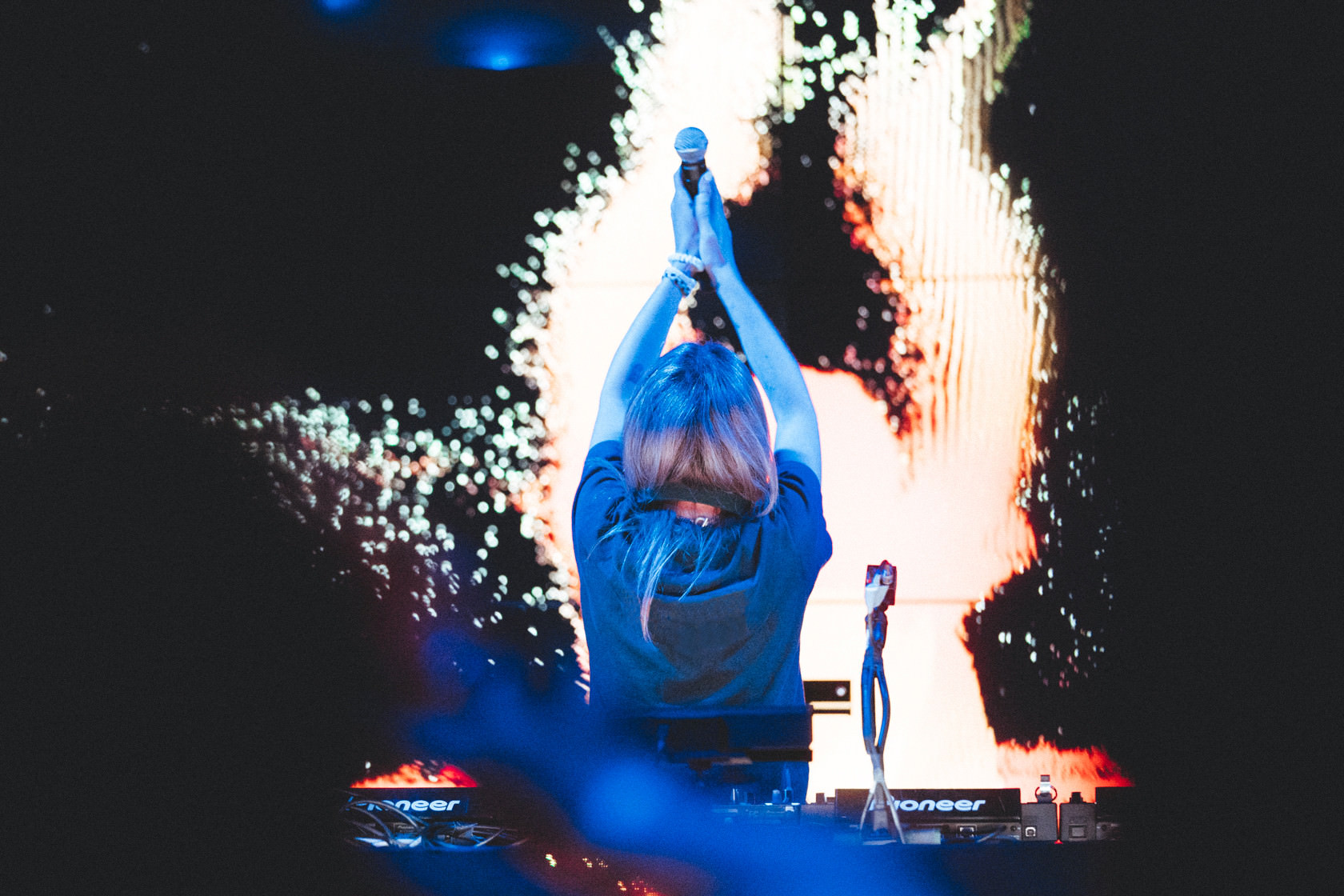 EM: I actually saw you at EDC Vegas for your debut a few years back. The hand visuals were a big hit.

AW: That was insane. I didn't even know what EDC was at the time. In Australia I was always a super sheltered artist so until I was put there, I never knew what was going on outside my bedroom. Like I knew what Coachella was, but never knew how crazy EDC was. Now I've done it three years and it's one of my favorite festivals to play. That really was an insane show for me - I just remember getting there and I had a crazy flashback to when I was in my bedroom, this shoebox of a room in Sydney waiting for someone to reply to emails with beats I'd made.

EM: I've been there as well. When you're coming up and you get rejected by every blog, it's easy to get discouraged.

AW: Tell me about it. I used to send my stuff to radio stations and they'd say, "Ehh I don't know, not really, thanks though. Maybe you should try not singing on it." So I was like, "Fuck you, I'll keep singing on it if I want." (Laughs) I feel you, and that's one thing I say to people when they ask me for advice. You're going to hear so many no's before you hear a yes. So just keep going if you're really feeling it, and do it for no one but yourself. If there are any young producers out there reading this, just know that the biggest opportunity you have right now is to experiment. And you have the time to do that because no one is waiting on you to do your "next" thing. You have as much time as you want for trial and error, and that is the fucking best period of your producing life, I promise.

EM: I couldn't agree more. There's nothing better than having all the time in the world to test your creativity without labels and fans breathing down your neck for whatever is next. Back to the Microsoft collab - what exactly are they providing as part of this synergy?

AW: So it's called a Kinect - it's a camera that follows my movements and links them with the visuals behind me. I'm being given the tools to move forward with the vision I've always had. Whenever I'm writing music, I'm pretty cinematic in my head so I wanted things around me at a show to be cinematic. So today, you're going to be seeing the movement side of it. When you're playing a show, it's all about movement. Decks are an instrument and people forget that sometimes. When there is a crazy connection with the crowd, I want to move and want them to feel that with me.

When there is a crazy connection with the crowd, I want to move and want them to feel that with me.

"It's very intuitive," said Alex Vincente, Alison's VJ. "The visuals are being generated by her movement, so I think that connection really adds another level to the show."

Here's how it works. The Kinects are able to trace the motions of the performer in real time, which they do in light speed before relaying them to a Surface Book, which is controlled by the VJ. Using popular software called Resolume in unison, the VJ is then able to manipulate that information with stupefying, kaleidoscopic effects and display it on the LED screens for all to see. The VJ, Alison explains, is just as instrumental in the process as she is.

EM: It's always tough to take a vision and actually translate it into a real, tangible visual. How did you go about that process with your creative team?

AW: I work very closely with my VR guy Alex, and we're very in sync now because we've been working so long together. We kind of read each other's minds now. He VJ's as hard as I DJ, like he's in the back really feeling it from his end. I think a lot of people forget that a show is not just about the artist. There are so many people that are just as important.

"Simplicity" is not a word used much when describing the setup of a professional DJ performance. They can become very convoluted and oftentimes delay a set, throwing off the flow of an entire show or festival schedule. In a joint effort with SuperUber, a globally renowned creative studio, Microsoft set out to establish a more portable system that enables artists to offer their fans dazzling visuals without having to transport and lug tons of hardware from show to show.

"It's really interesting to think how this could open up opportunities for artists to have a system that's portable and scalable," said Amy Sorokas, Strategic Partnerships Director of Microsoft Brand Studios. "Alex said earlier today that he could fit it in his backpack."

When asked about the future of the tech and its legacy in conjunction with music, Sorokas gushed, "We're excited to explore what it might possibly be, how it can get used, and how it can open up opportunities for emerging artists to contribute to their shows and make something really interesting happen." 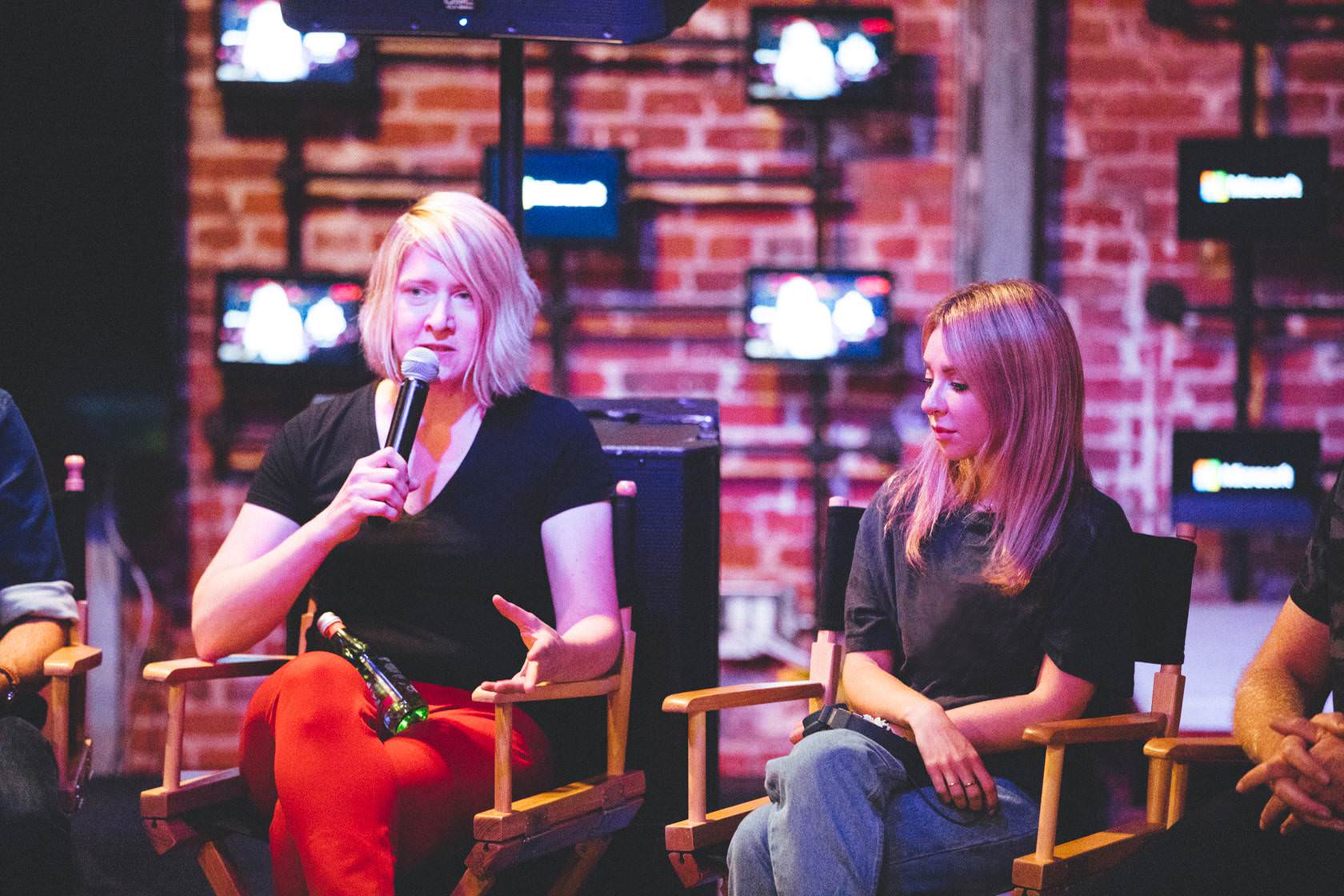 For the sake of due diligence, most tech is rolled out slowly and methodically to give companies time to conduct market research. In terms of music, one may think it would be in the best interest of Alison and her team to use small clubs as litmus tests before they move their way up to bigger venues.

However, they have bigger plans.

EM: Where are you going to debut this?

AW: Lollapalooza! I'm super excited. And then for my Fuck Me Up On A Spiritual Level tour, I've got a new stage design coming as well to work alongside the visuals. And then obviously the album, which I'm mixing at the moment. So there's going to be a lot of cool stuff to pair it with. I'm nervous, but we'll see. I was listening to my album yesterday and I thought, "Sick, I actually really do have a sound!" It just sounds like me.

EM: You do have your own sound, which is so refreshing nowadays with all the cookie-cutter stuff out there.

AW; Thank you. The thing is I've always written pop music which has been buried in electronic elements, and there's no harm in that. And now I'm actually less scared of putting that side of me out. So there's going to be big beats with the people that want big beats, and then I'll have my pop songs as well. 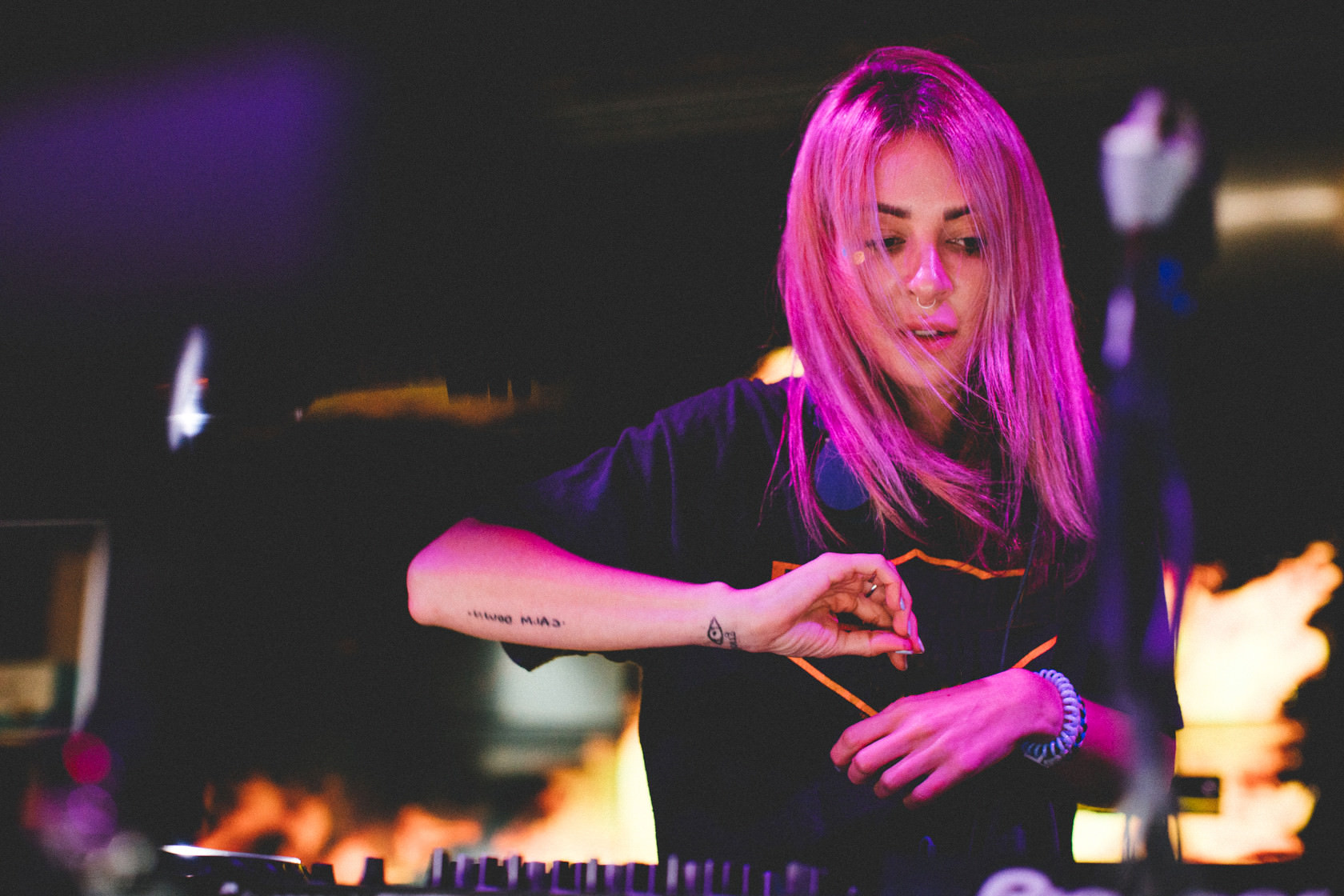 EM: You and me both, don't worry. What else can you spill to our readers about the new album without getting into too much trouble?

AW: This album is pretty much focused on me, but I did work with some amazing people. I worked with Lido, who was on my last album too. He's an old friend of mine and we kind of came up together. I remember the days when we were both just doing our thing and talking about our dreams, and that maybe one day we would get to LA. And now here we are. It's super beautiful! So me and Lido worked on some of the production together, I worked with Joel Little who co-wrote and produced Pure Heroine by Lorde, and I worked with Illangelo who did "The Hills" with The Weeknd. And then obviously myself - my background is classical so I played cello and did a lot of string arrangements. I really pushed myself. Collaborating with these people has been dope - the beauty of having collaborators like that on an album is that they push you and push them, and you never know what you're going to come up with. We have mutual respect for each other as artists, and there is no limit when you've got that chemistry. Joel helped me bring the pop songs I've written to a level I never thought I could take them. They're super honest too. I can tell you what the album is called too - it's called "Awake." It's really captured something pretty crazy in my life and I hope people hear it and, you know...

AW: Not even that - I don't give a shit if people respond or not. I want fuckin' Rachel in Minnesota to hear it, and if she's going through something that she feels she can't get out of, to listen and hear that maybe I got out of a similar situation. That there's someone else out there who's been through that. And it'll help them. As a music lover, so many songs have helped me get out of things and move forward and progress. I just want to be able to communicate something real and I think it's super important to bring that type of substance in the world of electronic music.

Speaking with someone who so visibly wants to help others by doing what they love, I instantly conjured up a person with a similar proclivity for benevolence who just so happens to pilot Microsoft.

EM: When can we expect a collab with Bill Gates?

AW: Oh my god, that would be dope. I'll just get him to narrate every interval in my album. I'm sure he'd be fine with that, right?

[…] en vogue DJ's of her time, especially now. After closing out 2017 with an impressive tour backed by Microsoft-engineered visuals, the Australian-born, LA-residing producer has announced her next big project: an […]