Punk papa and ex-Bomb the Music Industry! ringleader Jeff Rosenstock has released a surprise split EP with South Korean band SKASUCKS this week. The release dropped on the Jeff Rosenstock's label Quote Unquote Records at 12 A.M. on Tuesday night. It includes a new song from Jeff Rosenstock titled "NEVERGONNAGETITBACKAGAIN!!!" and a cover of Patsy Cline's "She's Got You". The split also features three songs from SKASUCKS, who will make their U.S. debut later this year.

"I was playing in Korea with The Bruce Lee Band in 2014 when I met SKASUCKS," Rosenstock says on the South Korean group. "We became fast friends and agreed that we would do a split together if one of our bands ever came to the other country."

Jeff's side of the split was recorded in Pittsburgh with Chris #2 of Anti-Flag. Unsurprisingly, the physical 7" vinyl split already sold out on Rosenstock's official Bandcamp page.

Download at a pay-what-you-want price or hear the entire split at SKASUCKS' official Bandcamp page, or up above in the player. Catch Jeff Rosenstock on tour with Laura Stevenson at one of their upcoming dates, seen below. 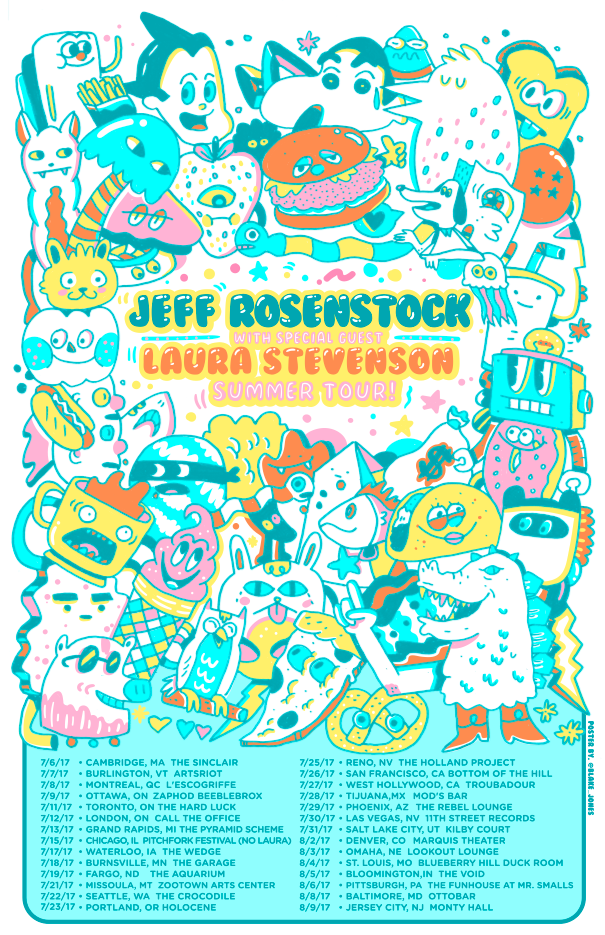