Modern day music festivals are like snowstorms; they promise a flurry of activity before they leave people slipping and trying to catch themselves in the aftermath. The recent Fyre Festival calamity, Pemberton's abrupt cancellation, and 2015's TomorrowWorld mudslide are prime examples. Music festivals are materializing out of thin air these days. However, just like putting toothpaste back into the tube, pulling off a successful one is a daunting task.

After watching a myriad of event companies write checks their promoters couldn't cash, Radio Hill Events swapped grandeur for simplicity to execute one of the most refreshing festivals Los Angeles has ever seen. Taking place at Los Angeles State Historic Park, which had been dormant for three years due to a rigorous $20 million renovation project, Skyline: Art, Music, Food was a doozy. 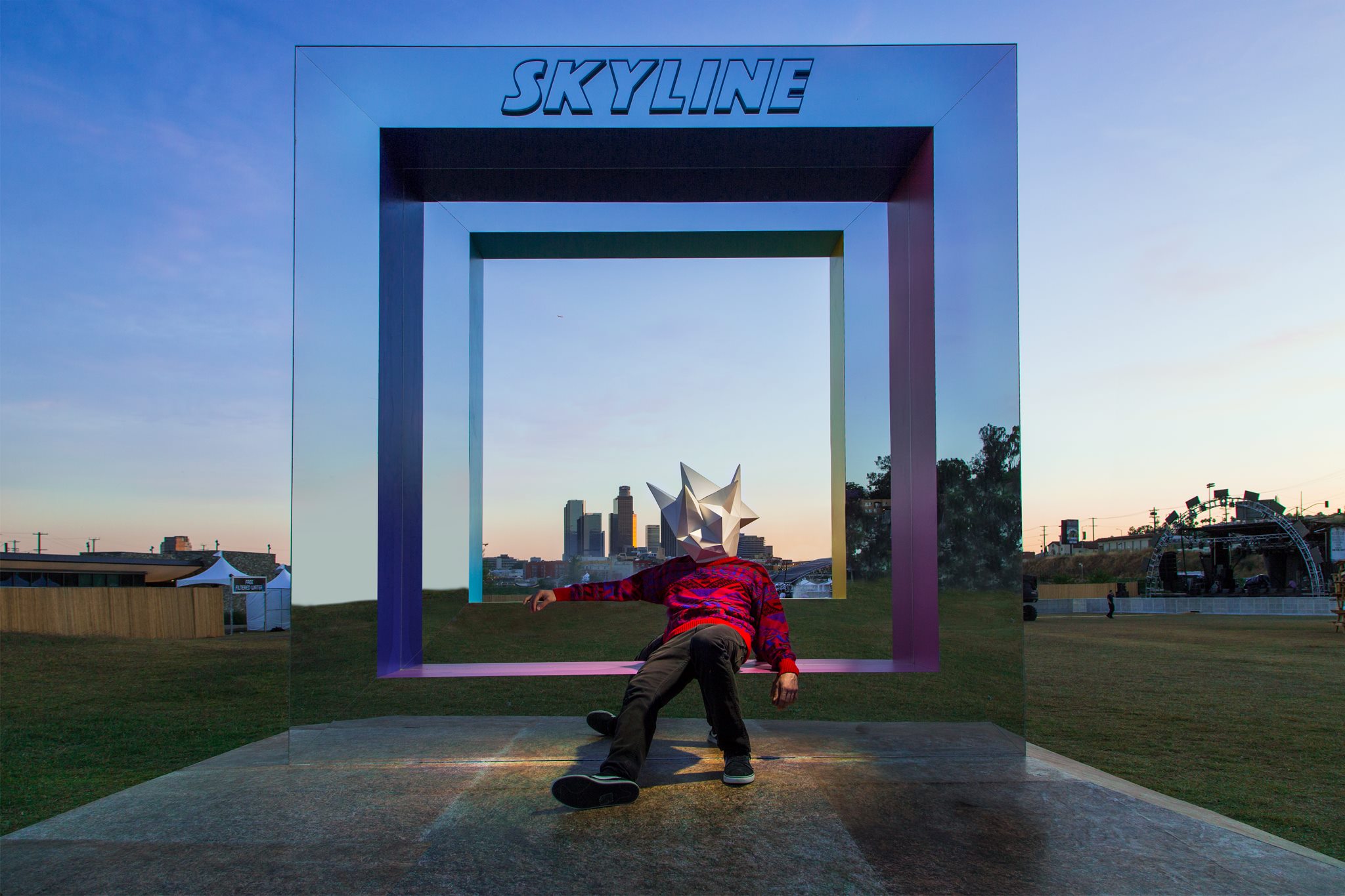 There was only one stage. No gimmicks. No whispers of secret headliners. No pop-ups. Just one stage that boasted a fantastic, carefully curated lineup. At the top of a lineup that also featured Miike Snow, Lido, Eden, Elohim, Michl, and Jason Bentley was Grammy-nominated record producer Duke Dumont, who I had the distinct pleasure of speaking with before his headlining performance.

EARMILK: Today marks the first ever Skyline Festival. How do you prepare for a festival you’ve never performed at like this one?

DUKE DUMONT: I don’t necessarily cater to the type of festival. I don’t play a prefixed set, that’s for sure. But I do have favorite tracks. But if the crowd is super young, they probably want to hear more vocals, if they are more mature, I’ll probably take it a bit deeper. I have a multitude of avenues to maneuver around. There’s a lot of preparation but no real specific preparation towards the actual festival. However, a club set is completely different. If I played, say, Output in NY – a 4-hour set – that’s different. However, I’ve had to do both. I just did a 5-hour set last year.

DD: No it’s not. It’s not tough. That’s what I enjoy. I love the fact that I can turn up to some of the best clubs in the world and hold my own, and show respect to the genre and to the legacy of the type of music I play. The best way to compare it is festivals are very competitive. It’s almost become a soundclash-esque entity now. Good clubs – it’s about the night as a whole from start to end and not about one particular DJ. It’s about the experience from the moment you walk in to the moment you walk out. As a DJ if you’re turning up to clubs and you’re doing the same thing that you did at a festival, you have to think about stuff and put some more work in.

E: Your sound has gone through kind of a dramatic transformation through the years from the days of “Hypgnosis” and Ed Banger. What influences from techno have impacted your current sound?

DD: “Hypgnosis,” I can’t even remember making that track. It was just a funk track – I like funk music, but the funny thing is that it’s actually coming full circle to what I’m recording now. I’m working on an album and a lot of it is quite funk-based, quite disco-based and it’s me listening back to the records that inspired me, listening back to electronic records that sound good 20 years later.

DD: Discovery, or even Daft Punk. I always liked the more musical stuff they did, but yet was still sonically quite daring. But the last album Daft Punk did was…

DD: You could say that. But they deserved to do anything they want at that point, they put the work in. And yes it was still a good album but the previous work had slightly more attitude. Look at Flying Lotus – his Los Angeles album, sonically, is fucking brave. Absolutely incredible album. And it’s those records that make me continue to like music and to get slightly braver. Or you could just do the cookie-cutter approach where you’re just cashing in.

E: God forbid. I feel like 90% of the electronic world is doing that nowadays.

DD: On the flipside, I come from the underground world. And the arrogance in that world is stifling. Not everyone is like that, I’m generalizing, but there’s this romanticizing of underground music as being superior that leaves me dumbfounded. Then you go and listen to tracks like “I Feel It Coming” by The Weeknd and Daft Punk, which is one of the best sounding records I’ve heard, underground or over ground. But there’s this weird thing where people feel like they have to wear the badge. It’s funny because the kids that are now “underground” were listening to Avicii four years ago.

E: It’s amazing isn’t it? The “Levels” kids go through.

DD (laughs): But it’s great! EDM is the gateway drug to cultured dance music. I try to observe the culture as much as I can because I’m doing all these shows and I can’t escape it. If people get enjoyment out of the music, that’s all that matters.

"I just want to make a record with attitude."

E: So how did this Katy Perry production come about? What was the recording process like?

DD: I met Katy Perry 2 or 3 years ago through a mutual friend. She had a campaign with H&M and she needed a song. So I flew to LA for a week and spent the entire time in the studio with her and we did the track. And then she got to working on the album, and I got a call saying, “do you want to send some demos?” And funny thing is, when we spent that week doing the H&M campaign, it was 10 hour days in the studio, every day. Whereas this song, it was more secular. I showed up, played some demos, and it was like, “we like that one, maybe that one.” Katy and Sarah Hudson were in the studio by themselves writing, and I went away, did my thing.

DD: Let the bakers bake the bread, right? Let the people who are good at what they do, do what they do. The really nice thing about it was there were about 40 demos – almost finished songs. She narrowed it down to 15. And then from that 15, for her to choose it as a single, was special. Little old me. I tip my cap to her and her camp because you know they went with the song they truly wanted to go with. I’ve seen other acts where producers will go in and demand their production be a single before they’ve even started.

E: I don’t blame her for that. The track is fantastic and she went in.

DD: She’s pretty bold. And she knows what she wants. It’s different for me working on my music as my alias because as a producer, you need to go in and listen to the artist. Because it’s the artist’s neck on the line if it doesn’t work out. The artist is on the front line. And this project made me really respect that. The record labels don’t respect that. People in the music business don’t respect that. But when it makes that artist look bad, it’s on them. And this project made me realize how much an artist needs to protect their brand and their image. I’ve been very behind the scenes in this and it’s been great for me. First and foremost, I’m a record producer, and that’s what I pride myself most in doing. I like the song though. I just want to make a record with attitude.

E: So on a more personal level – as you may hear, I have a stutter. It’s something that I’ve dealt with my entire life and actually what got me into producing and spinning in the first place.

DD: Man, I haven’t even noticed. Plus I was born partly deaf, I actually had to go to speech therapy up until I was 8 years old.

E: You and me both! What advice do you have for people out there like, say, me at age 12 – someone who may be scared to get into the game?

DD: If you want to get into music at age 12, I think that’s amazing as it is. The early golden rule, which applies not only to music but to every walk of life, is this: If I asked you, “what if you make an average income, you eat out once a week, you’re not poor but not rich, and you never will be, but you had to work 8 hours a day. What would you do for the next ten years of your life?” If it’s music, you’ll know it. But don’t get into it for the money. Trust me, because it’s tough to do. But what’s great about the record production game today – I think we’re in the golden age where record producers have never been better.

DD: Because you can still have a really strong career, by being esoteric. The one thing I love about music at the moment is there does seem to be an ability to make money without being signed to a major label. The key is understanding the system. That’s it. True intelligence in this world isn’t the grades you get, and it isn’t even your IQ. It’s the ability to understand systems. You could be a cryptologist for the CIA or a record producer; whatever the atmosphere, you need to understand how your system works. I was very lucky in the sense that I grew up around computers. My dad was involved in that, so I always had one in the house. So when music started crossing over to being more computer-based, I had no fear. I love playing video games as well, I used a program called Reason that, for me, was kind of like a computer game.

E: Besides Reason, what was your first DAW?

E: You have got to be kidding me.

DD: Yeah, then I managed to get a copy of Logic. I literally remember applying to be a studio runner and a studio tape operator when I was 16. And no one gave me a fucking job. And it was tough. Nowadays, everybody can make music, whether you pay for it or you don’t. And I’m not condoning that, but I never could afford software.

"I had this mentality of 'I don’t care how I’m going to get it, but I have a passion, and I’m not going to let anything get in my way.'"

DD: I just got a hold of anything I could. Anything I could, by any means necessary. I had this mentality of “I don’t care how I’m going to get it, but I have a passion, and I’m not going to let anything get in my way.” 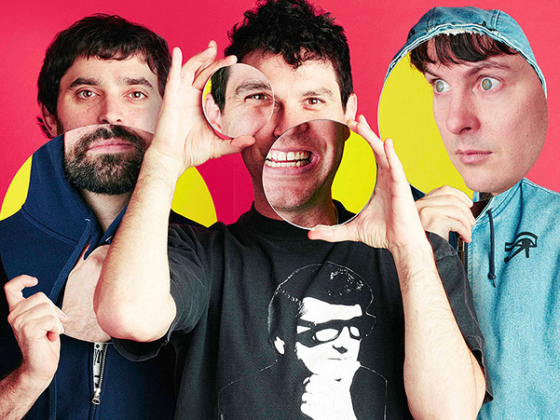 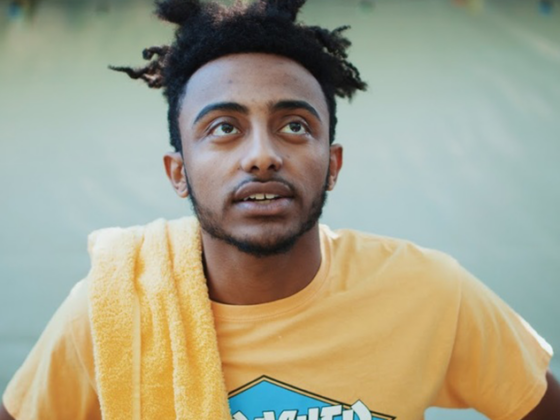 Aminé and Kehlani team up for "Heebiejeebies"