Breathing new life into the genre of Indie Pop is artist KYKO. While the genre as a whole has largely been stagnant, KYKO has always been one to innovate. From the first listen, it's clear his music isn't the usual "blah" churned out by powerhouse groups that clutters the airwaves. His catchy melodies and toe-tapping instrumentals stick out because it's something truly different.

KYKO is the project of U.K.-based Scott Verrill. EARMILK first introduced you to KYKO when we premiered his single "Dive In", a single off his second and latest EP, Wildlife. In the following few months, KYKO has not only released his EP, but also completed his first headline tour with tour dates throughout the U.K.

While on tour, we gave Verrill a disposable camera and asked him to snap some behind-the-scenes photos to document the experience, just for EARMILK. Check out the awesome first-hand look below:

I also got a chance to chat with Verrill a bit about everything he's done so far. He took the time to reflect on his past two EPs, and to talk about his tour experience.

EARMILK: How did the Wildlife EP come together?

Verrill: The only set intention for this EP was for it to feel like a step forward from the Animals EP, which was more like a culmination of a couple of years worth of ideas, whereas this was written more around the same time period.  The nature / wildlife theme behind it just happened to be running throughout all of the tunes i wanted to use for it – I have spend the last year or so delving into a lot of South African music and so that was where my head was at whilst writing most of it.

EM: Can you speak to the difference between the Wildlife and Animals EPs?

V: Like I said earlier, this EP was written around the same time period, whereas because the Animals EP was my first release & it stemmed from tunes I started when i was 16/17. I’ve definitely grown as a person & feel like I have learned a lot about music and life in general from collaborating with people since then. Co-writing is a funny one for me, because I’ve always been curious of it. I had only just delved into it midway through the last EP, where as I have spent the last year in-between experimenting with collaborations to get some fresh inspiration. It’s almost taught me to listen to my own opinions more when writing, and that there’s definitely no right way of making music – its best when it’s just based of a gut instinct.

EM: Hot off your headline tour – how was it?

V: It was dreamy! First headline tour we had done, and also the most amount of songs I had ever done live, so it was amazing to see such a good reaction to the unreleased tunes. I feel like the shows gave me a new (needed) perspective on the project as a whole, like how people knew all the words from the earliest releases that i had nearly forgotten about & even seeing how many people were so into the latest EP that game out like a week before was insane. It’s nice seeing numbers on the internet, but so refreshing to turn those into faces and to be able to hang out for a bit.

EM: I feel like sometimes our creativity can become stagnant, writers block for lack of better words. Have you experienced this at all? If so, how do you overcome it?

V: Yeah absolutely, I feel like everyone I’ve ever worked with has had this too. It’s hard trying to force a song when you’re with someone for a short space of time and know you could make something cool, but it’s just not the day. I don't put the pressure of deadlines or finishing anything when writing, like if I spend 3 days just making a beat, but its something I'm happy with and can use for something at some point then that's cool. I have a couple of things i go to for inspiration, like 90% of the time when I write on my own I have cool movies or just nice visual clips running silently in the background and it just gives me a feeling to write to or an overall vibe. Basically everything sounds better with a good visual.

EM: Where is KYKO headed? What’s next?

V: At the moment I’m working on getting the sound and vibe exactly how i want it to progress next. I want to get something out for everyone to hang with over the summer, so I’m knuckled down on that right now. I already have itchy feet to get back on the road already, so am excited to push the shows into bigger venues & new places. One of the biggest goals for me is being able to take the show outside of the UK, so I’m focused on getting that to happen at some point!

KYKO revisited "Dive In" in a new acoustic session. The reworked track takes on a much more intimate feel in this stripped down version. In this setting, the songwriting really shines. Be sure to check it out here: 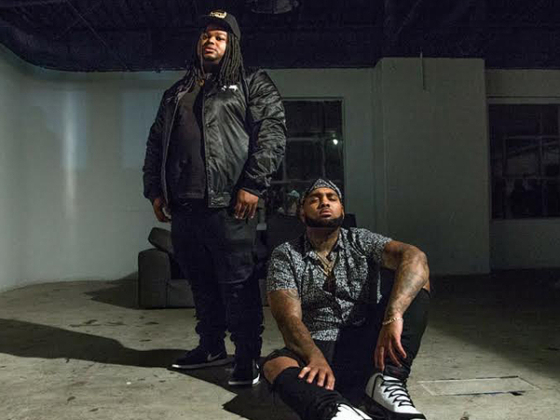 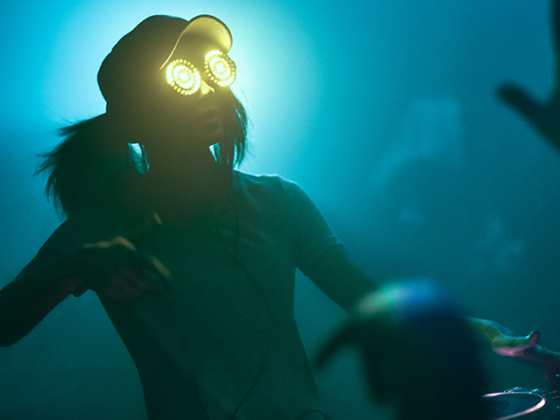