Toronto's PONY has announced that they've officially signed on to the heavy-hitting label that is Buzz Records. PONY is self-described as "the band that would play on a high school roof at the end of a ’90s teen movie," which is pretty damn accurate. The band formed when vocalist/guitarist Sam Bielanski began writing songs about her then shitty boyfriend. She eventually found bassist Eva Link and began writing songs together with drummer Matt Sandrin and guitarist Stephen Giroux shortly afterward.

PONY also dropped a new single called "DIY," based on singer Sam Bielanski's minor heartbreak with a crush. It's self-deprecating, poppy and garage-like. Peep the track down below, in addition to a short stint of tour dates. 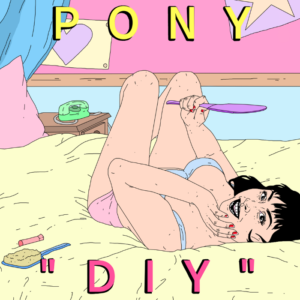