Above & Beyond is known for making dreams come true. The legendary progressive trance group has a ritual at shows known as "pushing the button" where a fan is invited from the crowd onstage to play the next drop. Now they've teamed up with Guitar Center to offer a different kind of once-in-a-lifetime opportunity.

Every year the instrument retailer sponsors a program called Cover Me, which invites emerging musicians to submit covers of big name artists for a chance at studio time with them. This year's song is Above & Beyond's sweeping "Blue Sky Action," and the winner is Miami-based DJ/producer/vocalist Ricky Mears. We recently spoke with Ricky about receiving the honor, and how he plans to use his mentorship with the dance music greats.

EARMILK (EM): First of all congratulations on winning Guitar Center’s Cover Me Contest.

Ricky Mears (RM): I appreciate that, thank you very much.

EM: How long have you been playing music?

RM: Since the 4th grade. Maybe 10, 11. Back then I was in bands mainly. I started with drums and piano and then guitar and singing. And then later production came into play when I was in high school.

EM: I read that you grew up in Haiti. How did that experience affect you as a musician? Was the style of your music influenced by the culture at all?

RM: Yeah, it was a lot. I moved there when I was six, kind of right when you’re picking up things as a conscious human being. Surprisingly, the music that I took from Haiti ended up being a lot of electronic music. Even though the style of music in Haiti is called “cumbia,” Caribbean style music which I also love, a lot of the kids growing up there were listening to house music, and that kind of started electronic music for me. It’s funny cause half of the music back then, I wasn’t in the scene, so I can hardly remember anymore. But there was this one song that I can’t forget – DJ Klaas's remix of "This Time."

EM: Who would you say are some of your biggest musical influences?

RM: I would actually have to start with a lot of rock stuff, even making electronic music I go off of it. I really like Brand New, Taking Back Sunday, Senses Fail types of bands, and that lead into metal – Slipknot, Suicide Silence. Once I found metal I liked heavy music which brought me to dubstep – Skrillex, Kill The Noise, a lot of the heavier guys. I found a heavier version of house music which was basically dubstep. I think one of the only EDM concerts I’ve actually ever been to was Skrillex back in 2010 or 2011. As soon as I got into that type of dubstep I found Seven Lions who did an Above & Beyond remix and that’s kind of how his career got started. Because of that I started listening to Above & Beyond. I love melodic stuff too. Seven Lions and Above & Beyond are kind of the idols for that style.

EM: How you are planning to use your studio time with Above & Beyond?

RM: I have a lot of music that I work on. I also produce for other people, pop stuff, different styles of music. It's interesting cause I wasn’t even really focusing on this kind of music, this melodic stuff, for a little bit because I had a lot of other projects. I had my second EP started but I never completed it. So once I won it was kind of a signal for me to continue that EP. So what I really want to do is bring that entire project to them. I just have so many questions and they seem like such genuine people. Aside from music I would like to just be friends with them. Anyone like that is worth having in your life.

EM: Where do you see yourself in five years?

RM: That’s a little overwhelming [laughs] but I’d definitely like to have a live show come out. I want to have a tour, a stream of shows touring my EPs and some of the remixes. I’m producing some pop as well for different artists. I definitely want to have at least a #1 but some productions for bigger artists in the pop world. Anyone from Rihanna to Pitbull. I thoroughly enjoy all types of music and I just want to be an influential producer, have all sorts of music under my belt and be able to do a live show. I’d like to go back to Haiti as well to do something. My parents were missionaries there, there’s a whole ministry there for that. There's a lot I want to do with underprivileged kids, giving back through music. Those are all things I think are attainable within the next five years. 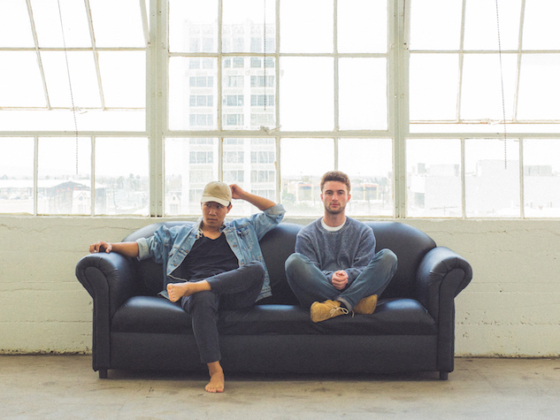 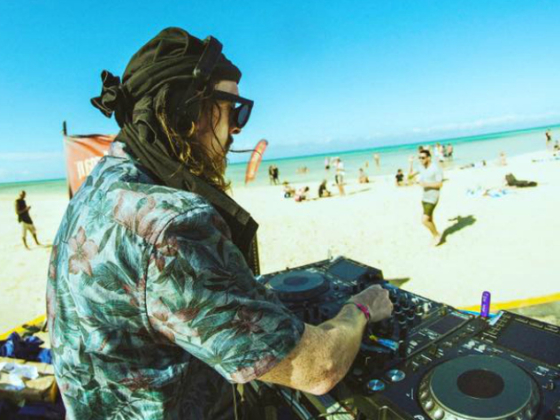 POOLCLVB is declaring that "You Give Me Love"