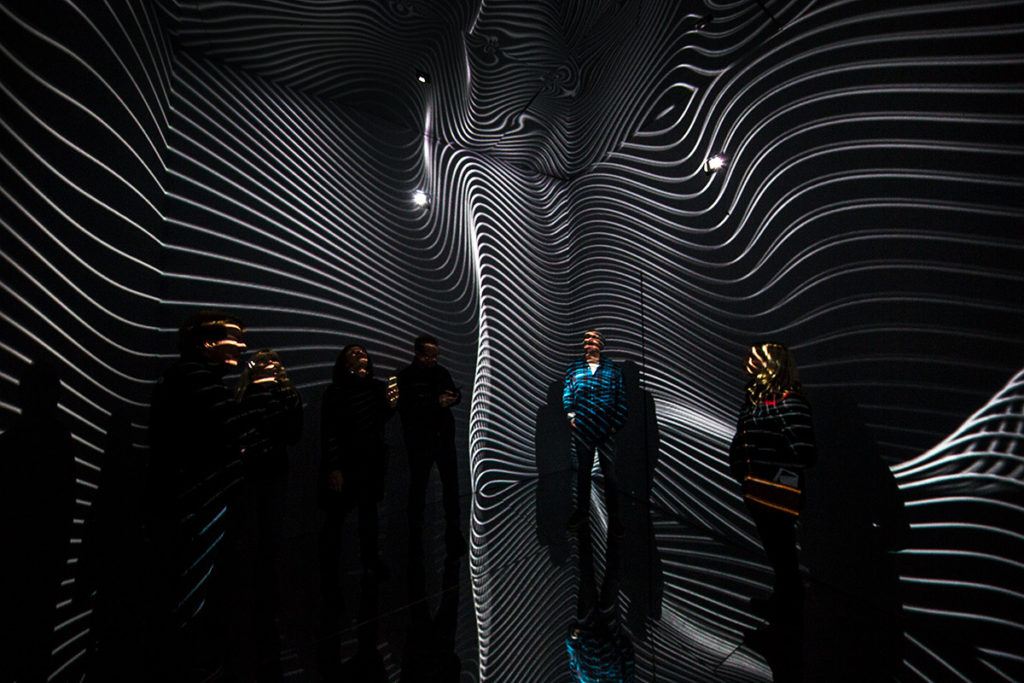 The "un-festival," as it was dubbed by Houston Press, Day For Night descends upon a historic old post office space in downtown Houston December 17-18 for it's highly anticipated second iteration. The event is unique in the sense that it includes full-scale art installations billed as highly as its impressive roster of musical talent, with lineups for both "sound" and "light."

Headliners include the ever elusive Aphex Twin, festival circuit darlings ODESZA and Kaskade, hip-hop wunderkind Travis Scott, and Björk Digital – "a five-room digital experience and DJ set." In anticipation for this feast for the senses, we've curated a playlist of videos from Day For Night artists we feel best embody the festival's bold and experimental aesthetic.

This June visionary and enduring electronic producer Aphex Twin released his first music video in 17 years, a track off his then-forthcoming "Cheetah" EP. It is comprised of smash-cut erratic home movie clips starring a 12-year old Irish super fan who has been crafting the wonderfully wacky tribute films for 2 years.

BANKS - "Fuck With Myself"

"I fuck with myself more than anybody else" murmurs the soulful BANKS to a bust of her likeness, which she later smears with lipstick and subsequently torches. Further delving into themes of self-love and self-hate, mind-bending choreography features dancers wearing masks also appearing to emulate the artist's face.

Commissioned by the Museum of Modern Art in New York City, the ever enigmatic Björk's "Black Lake" video was shot on location in her native Iceland by acclaimed director Andrew Thomas Huang. We follow Björk on a haunting 10-minute journey through cavernous Icelandic landscapes under the eery shadow of a dark black night.

Hip-hop supergroup Run The Jewels (comprised of rapper-producer El-P and rapper Killer Mike) makes its first entry into the ever-expanding world of virtual reality entertainment with their video for "Crown." A "screen wheel" function at the top left corner of the screen allows viewers to control the perspective of the video from any angle, which follows a series of harrowing human interactions.

The ethereal "See" makes for a stunning visual companion to Tycho's lush aesthetic, presented using both full-spectrum and infrared photography by director Bradly "GMUNK" Munkowitz. The tale follows a journeying heroine through a kaleidoscope of surreal environments. Footage of Tycho performing was shot in complete darkness, allowing for the infrared emitter to project constellations of tiny dot patterns across the musicians.