4 years ago by McKenzii Webster

Caleborate has had a Hella Good year (see what just happened). From the release of his extremely relatable and just plain amazing project 1993 to his tour he recently embarked upon, Caleborate is making sure every move is the right one. There is no sign 2017 won't be just as good if not better than 2016 for the artist on the rise.

Caleborate gave us some insight into his 1993 project. Check out what he had to say below.

EARMILK: How did you come up with the name Caleborate?

Caleborate: It was something I came up with when I was like 16. I wanted to create something unique that I knew would be google-able that also had my name [Caleb] in it so I knew who I was staying true to.

EARMILK: In the making of 1993, did you feel that it would connect and be as well received as it has been?

Caleborate: I did. I knew the audience I was making it for. I knew them partially because I am them. I also knew there were certain things going on around us that needed to be talked about.

EARMILK: In your music, you talk about getting your college degree. Are you still in college? What is/was your major?

Caleborate: I'm not at the moment. I won't be until the beginning of 2017 (hopefully). When I was in school, I studied Communications first, and then Interactive Audio.

EARMILK: Did you find it easy to be vulnerable on this project as your family and everyday struggles are prominent topic on 1993?

Caleborate: I did. I sometimes look at writing songs like writing in a diary or some shit. I know whatever I'm feeling, there's someone out there feeling the same way.

EARMILK: The Bay has a nice amount of artists buzzing right now. How do you feel about this "resurgence" that's happening right now for the Bay?

EARMILK: How did the #freetheankle movement come about?

Caleborate: Because gender roles are (for the most part) irrelevant.

EARMILK: What are Caleborate's plans for the upcoming year?

Catch Caleborate with special guests in a city near you soon! 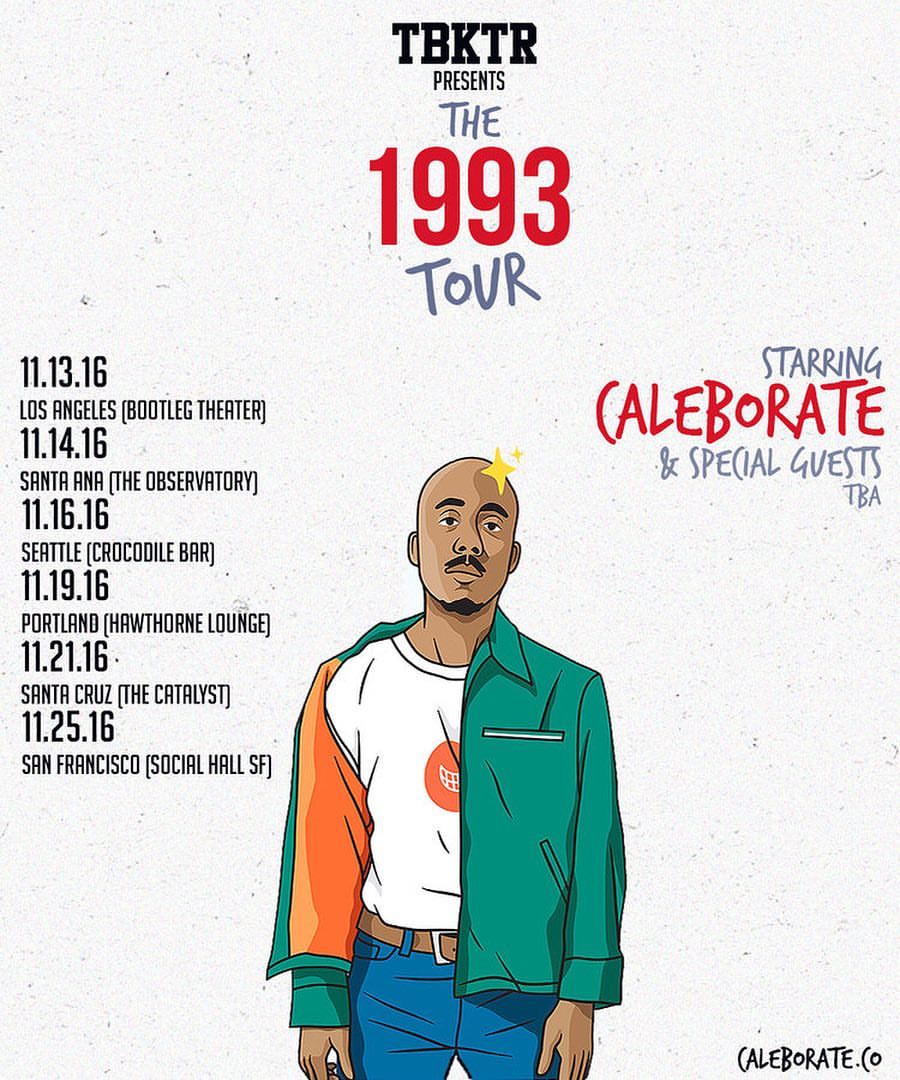