This article was co-authored by Geo Gillman @geosaurus121

The first thing we noticed about Safe In Sound festival is that people were there instead of watching the debate (perhaps drugged up conspiracy theorists just wanted a night out), but it does say something about the EDM phenomenon sweeping the nation, as well as the interest of the under 25 crowd in the election.

Safe In Sound revealed it's touring line-up for 2016 this past August, and the Boston stop included Snails, Terravita, Boombox Cartel and electronic heavyweight Borgore. The festival has drawn audiences from more than 25 U.S. cities and plays on the frenetic enthusiasm that attracts younger crowds. It follows the original Lollapalooza model, traveling from city to city for one day only.

The second thing we noticed was just how many people had taken their shirts off (I mean, how could we not?) in addition to nearly naked girls doing the robot. 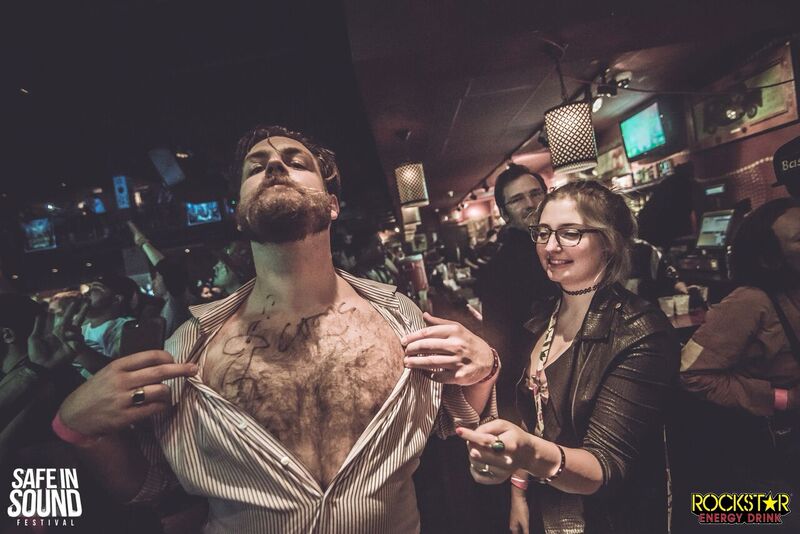 The first stop we made was to the restroom in the VIP Foundation Room, but the minute we heard Travis Scott's "Anecdote" we rushed right out to the balcony to dance. While we had prime real estate, we decided to join the fray down below in order to get the true experience.

Our night consisted of three settings: sitting on couches in the tapestried and dimly lit Foundation Room, chilling on the balcony overlooking the crowd dancing, and living it up amongst the avid fans down below. Technically, you could pay $20 at the door to get into the Foundation Room, but this is a little-known fact at the House of Blues.

In the Foundation Room we ran into people that we knew and talked to those we didn't, Boston is an intimate kind of city, and this likely made the Safe In Sound stop a unique experience from it's larger counterparts. This scene was the perfect place to eat, sit down and take a breather from the thumping bass, watching it from the safety of a monitor set up in the VIP lounge. The Foundation Room also featured two talented local DJs and TVs streaming the action on the main floor live. 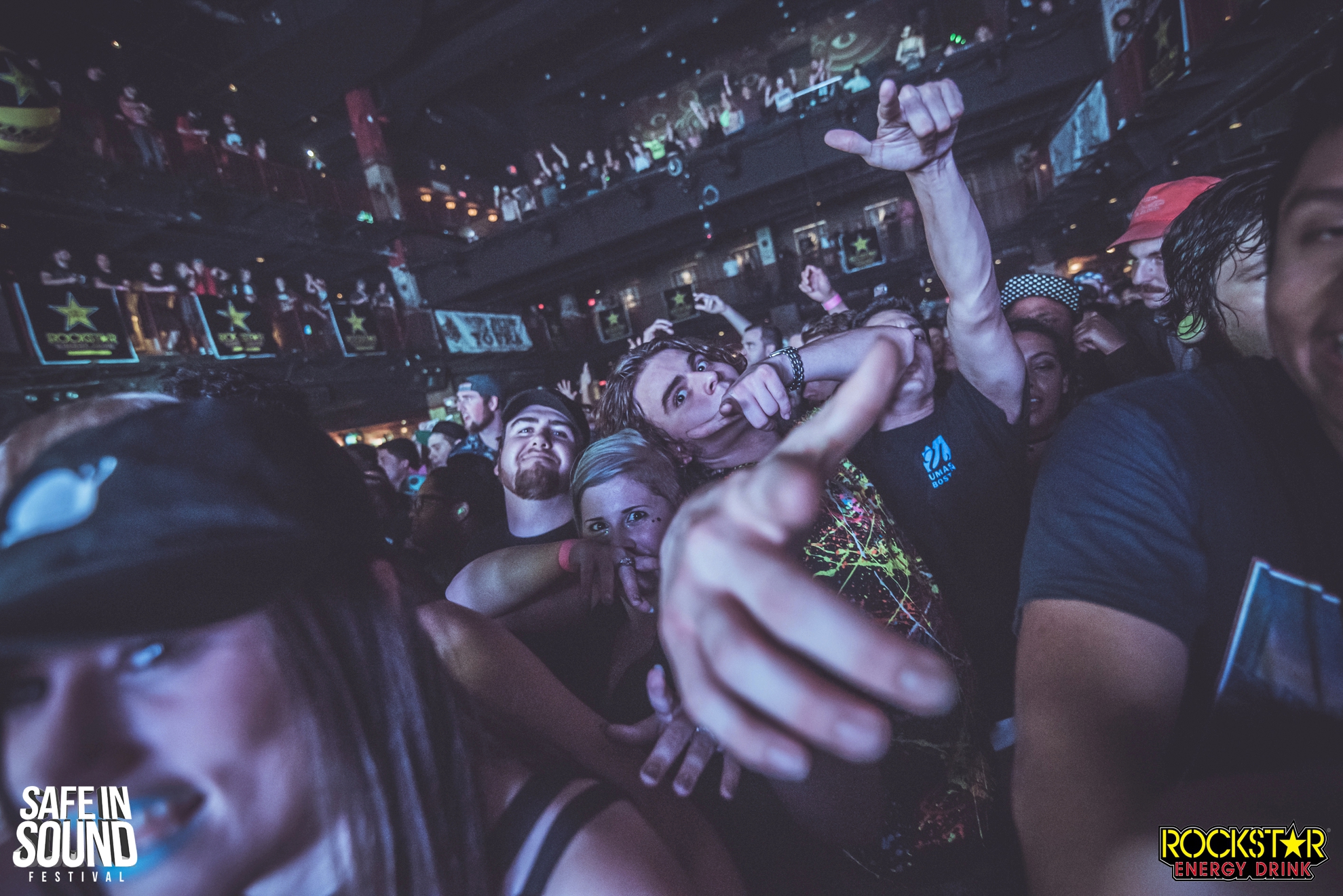 As soon as we built up our energy, we danced on the balcony to Snails, feeling above it all. But the crowd, of course, is the most useful place to really feel the vibe. Snails exuded high energy as well as familiar tunes thrown into the mix, and Borgore also didn't fail to deliver.

In this way, Safe In Sound hit the mark of festival, where the point is to connect on an energetic level. Without something familiar, this is hard to do. Borgore delivered by throwing in a Kendrick Lamar classic "B***h Don't Kill My Vibe" and "Who Gon' Stop Me" by Kanye West and Jay-Z. It's good to know your audience, but it's also useful to bring new people in. Confession: neither of us were Borgore fans before the festival, but Safe In Sound turned us.

House Of Blues and Safe In Sound also provided a safe party environment, we noticed EMTs on site during the festival, as well as several pill bottles confiscated at the door by Live Nation. No one under 21 was drinking, unless they smuggled shots in. In the wake of recent drug-related deaths at numerous EDM festivals, this was a good way to go. Despite that, it did only take us 15 minutes to realize that we were the only sober people at the after party.