Four years ago in 2012, Lorine Chia appeared on the scene with her debut project Lorine. The then Cleveland, but now Atlanta, based artist mesmerized listeners with her sultry vocals and intricate songwriting. Her music teetered on the line between neo-soul, r&b, and hip-hop; as she fused together her many influences to create a sound that was both timely and classic. Her sound can easily set your body moving or move you emotionally. It was clear back then that she had a message and musical gift ready to share with the world, which has only become more explicit thanks to the release of Introduction to Sweet Noise.

Thanks to Chia's unbelievable range, this project has many quick and sharp turns in different directions. One moment you are a lazily floating in a couch coma, and then the next moment, you are cutting the rug doing your two step. However, her voice and the production smooth out the transition and keep you wanting more. Although, the best moment on the entire project comes toward the end. Introduction to Sweet Noise's last two songs are the most sonically consistent.

"Love Is Blind" and "Livin' Loud" may benefit from having the same producer, Richie Souf, or from Chia being more familiar with their subject matter; regardless of how or why, these two tracks are some of the most beautiful pieces in her catalog. She weaves a tale of exciting new love and a call to live life to the fullest seamlessly. Furthermore, the way in which the production on both interact with her vocals, makes both so easy to lose oneself in and hit replay.

In an ultimate twist, Lorine Chia invites The Game and Wiz Khalifa on "Two Blunts." The title pretty much explains everything you need to know about the song: weed will be consumed at an unreasonable pace. While it revolves around mary jane, Chia's owns the show. Her smooth harmony throughout and her intoxicating hook (so much so that both Game and Khalifa attempt to recreate the melody in their verses) will have you refusing to pass on. "Two Blunts" is an easy standout, especially since it is the only track with a feature at all.

"I Just Want To Live"  is not only the first record, but the entire backbone of this project. Obviously, Chia's enjoyment of all of the proceeding activities (smoking weed, falling in love, etc.) is because she remains alive. "I Just Want To Live" is a reaction song that deals with police brutality and killing of unarmed people of color. While not the most in your face, the resigned way in which she sings "I just want to live and never fear" is powerful and hauntingly beautiful.

Introduction to Sweet Noise  is a great project from a rising star. Lorine Chia is so diverse in her talent and has an amazing voice. It took some time, but she is back and she released something special in this latest EP. Definitely, do yourself a favor, and listen to it below. 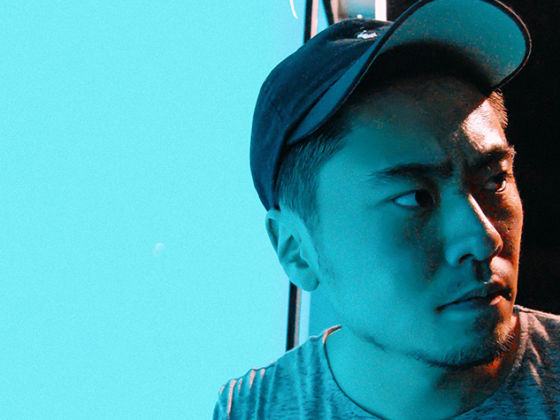