Coming off a few performances in support of the great Charles Bradley and His Extraordinaires, the Shreveport, LA group known as Seratones are a name worth knowing right away. With a graceful explosion of retro-gospel vocals and wrapped in a blanket of hard hitting 19th-century rock, the group consisting of AJ Haynes (Vocals), Connor Davis (Guitar), Adam Davis (Bass) and Jesse Gabriel (Drums) provide an authentic, grungy style of alternative rock uniquely their own. Each track is incredibly enjoyable—filled with dynamic vocals, jolting guitar riffs, powerful drums and a melody that keeps fans swaying from start to finish.

"Chandelier is my love song to the ladies when we perform. The world is not the kindest to us all the time and sometimes I want them to get up and shake their behinds. A revolution is not going to happen in dancing but who knows, maybe. " AJ Haynes

EARMILK had the chance to chat with Haynes, who shared some insight into the music that drives her and the role it plays in our society.

"I think we're kind of in this post-state of critical theory where everyone naturally gravitates towards what people like on social media," shares Haynes. In a society where music is so easily accessible, thanks to technology, it's true that it's very easy for fans to be easily influenced by what pop media tells them, or whichever artists is being marketed the most in front of them. When asked what artists she find herself gravitating to, she replied, "I personally love Marlon Williams but I always go back to the music that really speaks to me. I always go back to Marvin Gaye's What's Going On? I keep going back to that record because it's so timeless. It's an album that Barry Gordy didn't want to go out because it's political and personal."

There's this lack for constraint with the Seratone's music—free of any real boundaries. This seems to allow each musician in the group to really open up, let loose and just explore some deep rooted feelings buried within their various instruments.

"Music should definitely help people deal with things in a very real way. We should be willing to let people feel sadness and not shove it away by dismissing it with piss poor explanations on how we should process things. People need to deal with things in their own way. I think with all this current heightened political sensitivity that's happening in the world we’ll see a rise in music becoming a tool again to reach people, rather than musicians seeking to create the next hit song. I hope to see that in all music and not just rock music. Musicians have to be a conduit for the massive sense of grieving and confusion we all are going through." AJ Haynes

Seratones' view on music is an invigorating breath of fresh air in today's industry. They're focus is not on creating chart topping hits but rather music that means something to them. By placing such importance on delivering quality and honest music to their trusting fans, we can look to expect some big things from this group moving forward.

"The reason I love performing is because of this discourse we have with the audience. People don't stand in line for hours and dedicate their entire day to a concert without wanting something. They may not be able to articulate it or even realize it but they want to experience something and we try to respect that." AJ Haynes 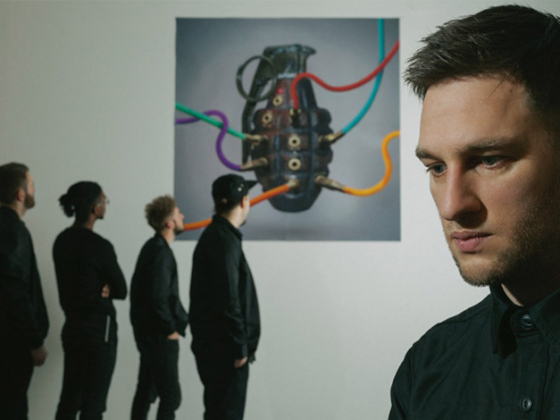 NAKAYA airs it all out on "Lose it too"