New Future Classic signed indie-outfit Midnight To Monaco has already proven their place in the rock race with their hit single, "One In A Million," which was featured on Apple Music's "The A-List: Indie" playlist. It should come as no surprise — MTM's producer Donnie Sloan knows a thing or two about writing golden singles, having produced the hit Empire of the Sun's tune, "Walking On A Dream." One In A Million straddles a line of nostalgia and future beat effortlessly, mixing dark dystopian swells with the driving late 80s synth sounds fit to score the film Drive. It's sunny and sinister all at once, allowing the competing emotions to evoke an urge to prowl and pirouette in listeners. A few weeks ago, Com Truise added his signature futuristic lo-fi touch to the track and today Kant steps up to the plate to add an other-worldly house remix ripe with thumping bass and vocal chops that disorient and invigorate with every quarter note. Midnight To Monaco is gearing up for an EP and live show, so be sure to keep your eye these two. 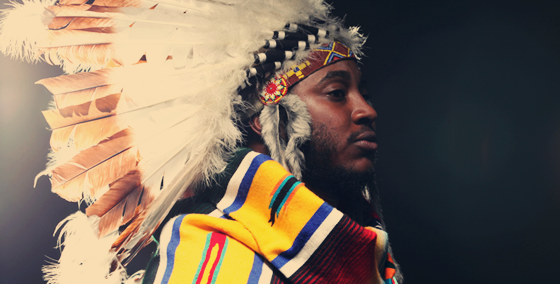 Get lost in Thundercat's "Song For The Dead" video