Born in Sri Lanka and raised in Toronto, sideways' Shan Vincent de Paul is no stranger to EARMILK. He and his colleagues have made quite a name for themselves in a few different forms over the past year, of which Shan resides within the rap realm.

His new album Saviors is more than just a debut or a Soundcloud quickie. It's a passionate combination of intense productions, fast lyrics, and eclectic influences all coming together to form a coherent theme. The tracklist spans his religious beliefs, his heritage, and his family's hardships.

We had the opportunity to speak with Shan directly about his album, and here is what he had to say:

EARMILK: Give us the ultimate summary of what this album is about and what its purpose or desired accomplishment is.

Shan Vincent de Paul: This album is me sharing my journey in the most honest way I know how. It's my story of perseverance and finding my light, while acknowledging the people that have held me up along the way, my saviors. As a project, it's my formal introduction as an artist and what I stand for.  I hope people can listen to the album and walk away feeling like they truly know me.

EM: How does this project differ from other pieces we’ve covered from you? How do you see it as a brand or persona, or better yet, an extension of yourself?

SVP: The singles I released before the album like "Some Girls" and "The Island" are songs I'm still proud of, but they don't give you insight as to who I am as a person, they're more ego-driven.  On this project, every song will give you insight as to who I really am. I'm sharing a lot more vulnerable and sometimes uncomfortably dark moments (ie.Pandora), but they're necessary to understand the entire story.  I have so many creative ideas and songs to share, but it's important that people know who I am and what I stand for first. That's what this album is about.

EM: What can we expect to hear as we listen through? Many artists hate pigeon-holing into one genre, but if you had to describe it in one word, what would you tell us?

SVP: Human. That's the best way I can describe it. Whatever genres people choose to attach to it is not important. I mean, if you want to keep it simple, it's a rap album. But I'm not concerned with shit like that. I'm more concerned with how the songs make you feel, not what sounds were used to make them. That was the beauty of working with La+ch. He's not concerned with trying to function within any specific genre. We were just trying to make the best song possible.

EM: Do your Sri-Lankan roots influence your style of music? Your lyrics? Your ambitions? How does this aspect of your life play a part within your career and artistry?

SVP: My Sri Lankan roots doesn't influence my music as it does my ambition and outlook as an artist. I was born the same year the war started, and came to Canada really young, so there's always been a perpetual feeling of displacement and disconnect for me. I think a lot of the angst and intensity in my art comes from that. There's also the challenge of introducing an uncommon narrative to the American audience without isolating them…that's something I'm still figuring out.

EM: Can you give us a short story of how you got into music? How your family/friends influence you, your hometown, anything of importance.

SVP: I first got into rap just through freestyle battles in high school. It wasn't until I heard albums like Outkast's "Aquemini" and DMX's "It's Dark and Hell is Hot" that I decided to take it more seriously and start writing my own songs.  I didn't grow up in a musical household or anything, I was discovering music on my own terms and just scavenging for new shit all the time…and luckily Napster was around, so it was easy. I was in a lot of bigger rap crews earlier on that didn't take off.  Eventually I formed a duo called MAGNOLIUS with Derek DaCosta  (who's still my creative partner til this day and wrote "Saviors" with me) and got to tour the world for a couple of years.  Touring changed my outlook on song writing and I became more interested in writing for bigger audiences.  After MAG's last tour in 2012, I decided to start releasing solo material. A few years later I connected with the sideways crew and that's when the album really started to form to what it is today.  Working with La+ch taught me a lot about how important accessibility is in songwriting.

EM: You've cited “multicultural influences”. Please explain what you mean and what those influences might be.

SVP: That's just by way of living in Toronto. You can't avoid that here. Our music, food, style, art, etc is fused in so many different cultures, it's incredible.  That multicultural influence is inevitably going to start appearing in my music and fashion choices.

EM: How are you and the boys at sideways pulling through? It’s been a while since I have checked in with any of you guys, is the momentum still at large?

SVP: Fuck yeah! We got so much new shit in the vault it's crazy. After my album, we have Coleman's album dropping in the summer, and I'm telling you now it's a timeless piece of work. La+ch and Michah got some new shit brewing up and hopefully we can find the time to put out a sideways album…fingers crossed!

EM: In a nutshell, what comes next for Shan Vincent de Paul?

SVP: Visuals. Going to be directing a lot more videos, for songs on the album and other side projects. I haven't really shown what I'm capable of as a director, so I'm excited for that.  I've also started writing the next album as well!

SVP: It's referring to the people that held me up and believed in the journey from the beginning. I couldn't do what I do without the people that believe in me, my saviors.  The album is about gratitude and giving praise to those saviors. (see question 1)

Looks like this isn't the pinnacle for Shan, more the first step into understanding him. We will look for more in the future and enjoy this one in full force. Check out the full stream below: 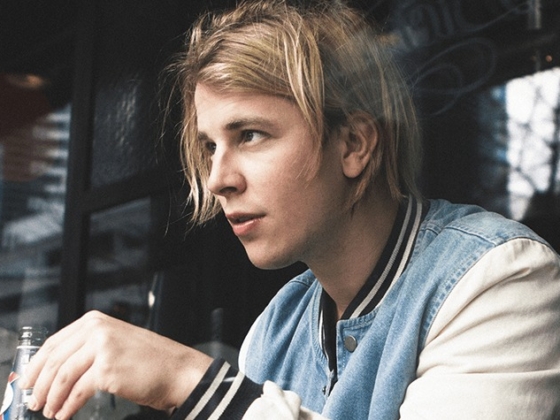 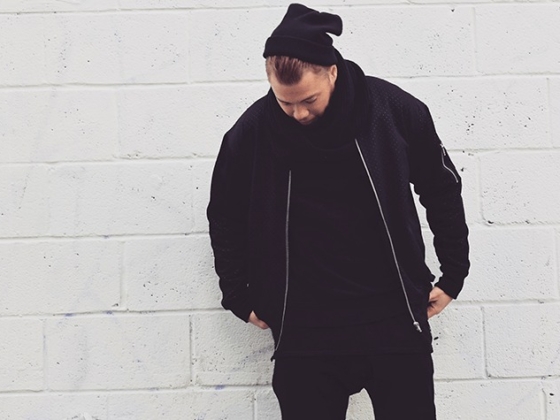