Simon Green, otherwise known as Bonobo, is a special producer and content creator unique in the music industry. His various mixes of new music, capability to tour with a whole live band, and several remix LPs, all highlight Green's flexibility to work with others. In a somewhat natural transition from his last DJ tour, the creator has moved onto event production on an international scale. Bonobo's latest project is a series of curated events under the brand name Outlier.

As of now, Outlier Live is officially taking place in London, Berlin, frequently  in New York, and more places to come. The seamlessly simple idea is bound to blossom around the world, as the production cost is kept low, but is building a reputation through the artists accompanying Bonobo.

The first event in the Outlier series takes place at the Tobacco Docks in London. There will be two separate rooms between 12pm to 10:30pm showcasing a variety of DJs and musicians alike. British producer Maya Jane Coles will be performing twice, also as her deeper alter alias Nocturnal Sunshine.  The legendary DJ and broadcaster, Gilles Peterson, also shares his skills at the London show. Berlin based musician George Fitzgerald will additionally be playing a set. The first two phases of the line up are shown below, with more artists to be announced.

EARMILK is proud to take part of the first ever Outlier series in London, with two VIP passes to give away for the festival. All you need to do is enter the contest below and the winner will be publicly revealed on February 26th. Good luck! 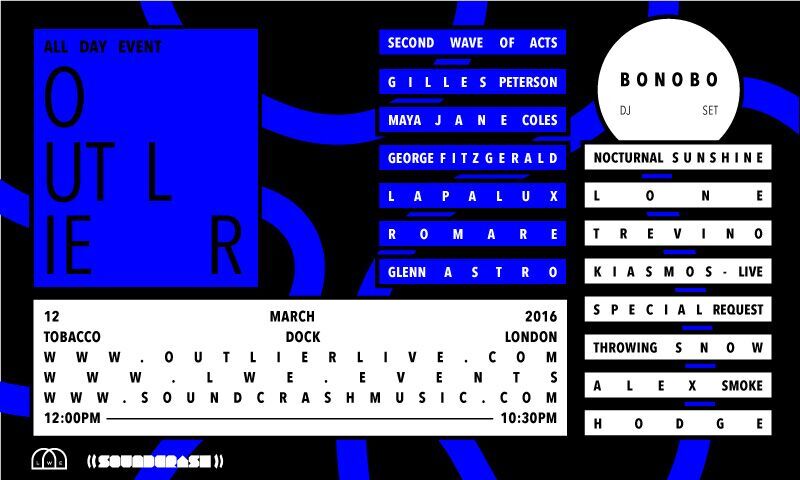 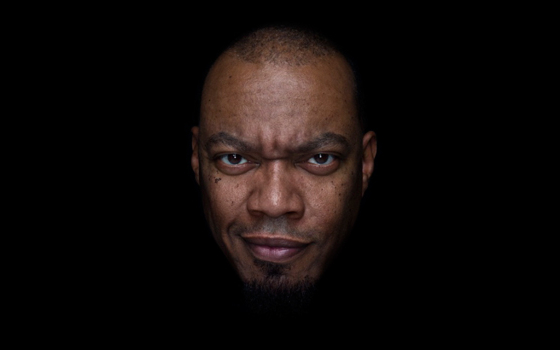 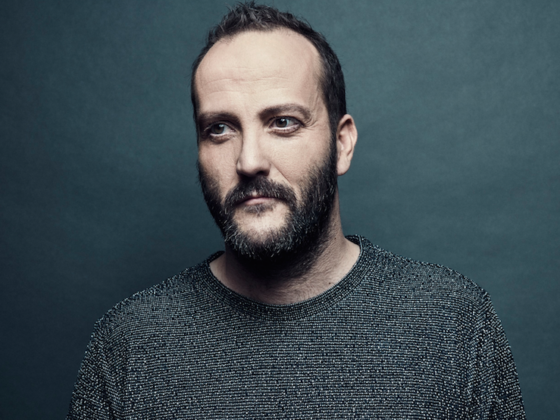