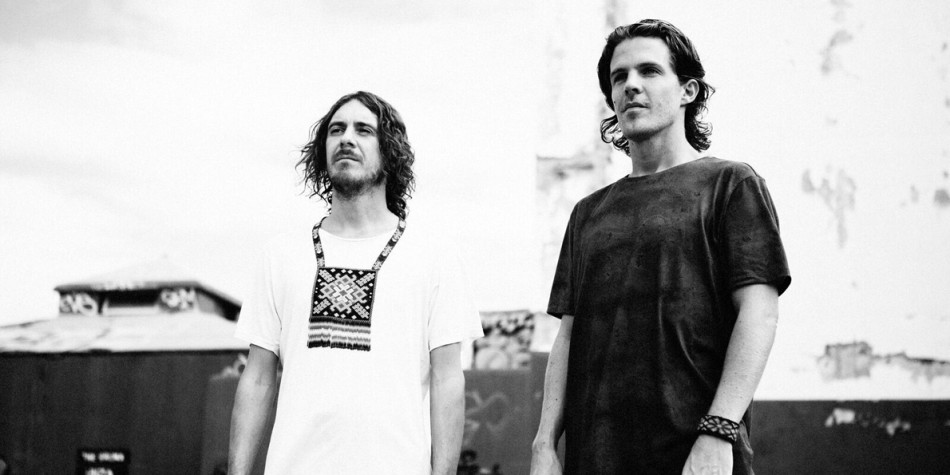 If you aren't familiar, Acid Mondays are self proclaimed psychonauts formed somewhere in the 5th dimension, obviously. Their recent release on Guy Gerber's influential Rumors label has been making the rounds recently, and we spoke with them about their big year, their studio setup and what tracks they've been playing out lately. Acid Mondays will be playing at the Rumors party at The BPM Festival surrounding their release which is out now on digital and vinyl. Have a listen to "Tacos Per Minute" and read on to hear about the upcoming duo.

EARMILK: You guys had a busy 2015, what were some of the highlights for you?

Acid Mondays: We played some amazing gigs at venues like Fabric (London), CircoLoco at Dc10 (Ibiza) and Tenax (Florence). We Remixed Mood II Swing on Henry Street, Lakker on the Legendary R&S Records and released EPs on labels such as Circus, Rumors and Rockets & Ponies which all received worldwide support.

EARMILK: What’s your production setup like? Are you mainly using VSTs or analog gear?

Acid Mondays: We use a combination of both. On the Analog side of things we use an EMU SP1200 drum machine, an Emu 6400 Ultra Sampler as well as some hardware compressors and FX units. Digitally we use Cubase with Abelton re-wired to it, Maschine and various Vst plug ins and instruments. For us its about getting the right balance of raw analog sound and the crisp brightness of digital.

EARMILK: Do you work together most of the time or split up the work?

Acid Mondays: We work together on everything

EARMILK: Take us through a typical workflow for a track; is there something you generally start with? (i.e. bass or percussion)

Acid Mondays: There is never any set way we make a track. We can start with a beat, a groove, a baseline or even a sample, then we jam on it and bounce ideas off each other. We’ll make a large loop and keep adding or taking away elements till we are both happy with the vibe of the parts. Then we lay the track out, get a bit of a rough arrangement and see what’s needed to bring it to life. That could be playing some live elements over the track or creating textures by layering the sounds with EFX and EQ.

EARMILK: You’re playing BPM this week at Guy Gerber’s Rumors Party and you just had an EP release on the label, how did that relationship come about?

Acid Mondays: We found out Guy Gerber was playing our tracks at his Rumours party in Ibiza this year so we sent him some unsigned music we had, he loved it and signed it straight away. This was great for us as we always like working with people we have a connection with and who feel our music.

EARMILK: What are some of your favourite tracks to play out at the moment?

Ion Ludwig - "Date The Save"

EARMILK: Any exciting releases we can look forward to in 2016?

Acid Mondays: We have some releases scheduled on La Vie En Rose and Constant Sound. We are also starting our own label and have a few other special things in the pipeline which we can’t mention right now ;)