Moodsmith (b. Matt Noth) is a producer/singer-songwriter based out of Nashville, TN by way of Chicago, and today we present to you his beaut of a debut, “Loud,” ft. Megan Davies of YouTube acclaim.

“Loud” opens with electric harmonies that would be at home in the 90s, and obviously, subsequently found solace in our eardrums. This familiar retro synth is offset by entrance of Davies’ vox, possessing the rhythmic, soft-spoken style that is modern-day pop with an edge – like that other song we still can't get our of our heads: “Good For You” (source: Selena Gomez). The demure vocals become synthesized at about 2:38 in, and underscored by a pulsing percussion, this emblazoned electronic beams us to the end.

Davies adds some street cred to Moodsmith’s newer resume, having amassed a following on YouTube (46MM views and counting) and voted “Best Cover of 2013” by XM’s Coffee House for her take on “Royals.” Davies sort of sounds like Mandy Moore in her heyday, and this track wouldn’t be out of place on the “A Walk to Remember” soundtrack of yore – if that compilation had slipped on the synth version of a black leather jacket.

The intensity definitely comes from Moodsmith, who deems himself a mood welder (and we’re going to add, genre melder); a crafter of emotions via layered melodies and hypnotic percussion. In short = his alias suits him. He counts Flying Lotus and David Gray as influences, and we’re obviously intrigued at how that mash-up might sound – so safe to say, we’re sticking around. Check out his socials below and be the first to know when the other half of his four-pack EP (inclusive of “Loud” & "Funky" streamable here) gets released on October 8. 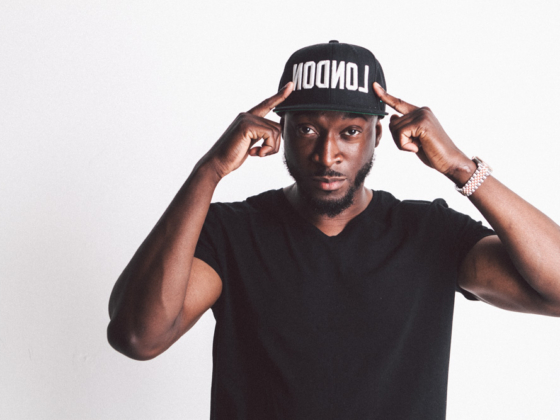 Bundi tells us that we "Can't Stop Me" [Premiere]