No one has their hands so directly on the pulse of electronic and dance music quite like Portuguese artist Branko. For those in Europe, the energy of Buraka Som Sistema has ravaged festivals, and for those in the U.S., their songs are often played during sets by DJ's who are looking for the perfect track to make the crowd go nuts. Regardless of your location, you've definitely heard their influence, and by default, Branko's.

After years releasing one off EPs and a fantastic free release called Drums, Slums, and Hums, he finally released his debut album, Atlas, this summer. Traveling through five cities to make it come alive, he brought on an impressive lineup of talent to help him solidify his album as one of the best releases of the year. Ranging from Global Club Music producers Lewis Cancut and Bison, to U.S. underground heavyweights Mr. Carmack, DJ Sliink, and Princess Nokia, the entire list reads like it could be a potential clusterfuck of too many influences, too many worlds. And yet, this is where he manages to thrive; this is Branko at his best.

He doesn't land too often in the west side of the U.S., and rarely ever in Los Angeles, so we knew we had to chat with him while he was in town.We talked to him once before, but we're always stunned by his depth of knowledge in the musical landscapes of lands far and near, as well as his humility overall.

Check out his album below, and the interview after! Atlas can be purchased via iTunes. We're also running a contest for free tickets for his show at Output, check that out here.

EARMILK: Hey Branko, thanks for talking to us! My first question is about last night's show. You mentioned (before we started recording) that the show was a little bit more challenging than normal. What do you do in those situations?

Branko: Sometimes when you play a one hour show, everything happens a little bit too quick, and you start going to easy solutions that are part of your comfort zone. For me, it's sometimes not easy to analyze the crowd… Also, the songs I play aren't very long, so I don't really have the time to sit back and think for a bit. [There is no] 7-minute record, so I can't sit back and really feel where I'm going to go next. I just incorporated what I felt like people were going to enjoy, or maybe I failed miserably… [laughs]

EM: Do you definitely then notice a difference between playing in the states and playing abroad?

B: Yes, definitely, I think so. Pretty much that structure of breakdown, drop, breakdown drop… constant ups and downs… I think people think that this is the rule for performing. That's not for me. Dance music has been around for a while, and hip hop has been around for a while, and now we're at a place where these worlds collide, but I still like it when people sort of wink at the dance side and construct something continuous… So for me, regardless of whether I like the music or not like it, that's what I look for.

EM: To kind of go with that, I watched your mini-documentary series, and you talk about the many different genres, and how they relate to their respective socio-economic climate. Now that you're done with the album, do you have any genres that are still resonating with you throughout the tour?

B: I was definitely really struck by the Baile Funk scene, because I think people forgot about it for a while. It was a thing eight years ago, when Diplo was doing a lot of work there and [all] that, then it seemed like [a lot of] people zoned out of it, but others kept working at it. I thought it was interesting because it got so big nationally… it used to be exclusive to Rio, and then it grew to other cities, and while it grew, the sound kept changing, the instrumentals, the attitude, the subjects the MC's talk about and stuff, so I thought it was interesting that a city like São Paulo, that was once super dedicated to hip hop, all the bands that used to be the biggest thing there, they got replaced by São Paulo local funk. It's not funk in like you'll get girls twerking, but more catered to guys. People will have mosh pits during baile funk parties.

EM: I wanted to ask now about your approach in the studio for this album. I noticed you had a lot of live drums, vocalists, (etc.) coming together in your documentary. Despite that, do you have anything you consider an absolute necessity in the studio?

B: I tried to keep everything as close to my laptop as possible, because I've found that it's really easy to make excuses like "I don't have my keyboard, so I can't do this…," and traveling with a specific thing [is difficult]. I tried to make my life as simple as possible. Actually, for this record, it was even easier, all the add-ons were from collaborations with other people, so I was able to better focus on the beats, the loops, and being flexible, as well as deciding who was coming in to help. No one knew anything about the project, they were just waking up and coming into the studio, working with some guy (me), while everything was in my head. I was trying to keep everything as simple as possible, with two minute ideas I can play for people so we can start developing a song.  There really wasn't a method here, I had everything from stuff we started from scratch, to songs that had all the instrumentals, minus the vocals. It was very much me trying to figure out what [the people I was collaborating with] wanted and their needs for the session. I felt a little bit like an A&R than a music producer when I was doing all of the collaborative work.

EM: It seems like it was probably really hectic in a way, since you were in so many different places…

B: It was hectic! But I think the biggest fear I had for this project was that it wasn't going to sound like an album. It's so easy to have a thousand different collaborations and phase yourself out… it then just becomes a collage of different personalities, so I tried not to make it too crazy. If I'm collaborating with somebody, it would be like one studio day with them only. Not having 5 different people working in there or having people hang out there. Just trying to create a real connection so that we can work… nothing like, [for example] having the brass section come in at 5 P.M. while we're trying to finish the lyrics of the song, which was probably the biggest challenge since we had to do them in a day, and singing them and recording it. I didn't want anyone coming in and disrupting that.

EM: I'm also curious about the people you collaborated with. How much of this was spontaneous or was it all planned?

B: There was a bit of both, but there was so many things going on that there was no set M.O. for this. Some were sessions booked months in advance, and some were planned the night before semi-drunk on whatever. The session with Mr. Carmack and Nonku is a good example. I had booked with Nonku a week before, and then I met Mr. Carmack at a festival in Cape Town; he was playing the same night as me at a festival called Cape-Town Electronic Festival. We just decided to all meet up, and actually, when we got there, Nonku wanted to start from scratch; she's very aware of her environment and wanted the energy of "all three of us." It was a challenge, but I think it worked out. I was really flexible through things like that though, because [at the end] I knew I would have to go home and do a lot of work regardless, to get the pieces of the puzzle together and be the glue that holds it all.

EM: Alright, I'm curious about the title too. What made you decide on Atlas?

B: I was actually afraid this was too obvious! I think we may have touched on this in the last interview we did, but with Buraka, we're always trying to figure out cool words that translate around the world, and are easy for people phonetically. It would be silly of us to title something like, "trees are green," and then go do an interview in Portugal, and having to drop random English sentences throughout it. It isn't me. I tried to find a word that was the same everywhere, and atlas is the same everywhere… I think.

EM: Final question! Who are your favorite artists of the moment, who are you listening to, who would you like your readers to be listening to?

B: This is really complicated for me, as I have a list of artists with really complicated names… I can send you a PDF of that, but I mean, I'll mention the aforementioned Baile Funk stuff because it's having a huge impact in Brazil, and it's at a point where I think the world can understand it a little bit better. I've definitely been trying to research more into that… especially because most of that stuff is free on soundcloud. They think they aren't going to make any money, so they just release everything for free there.

Also, when I visited Cape Town, I heard about GQOM. It's got like a *cluck* sound in it. We talk about it in the South Africa episode a little bit, but it's a response to a lot of South African house music, they want to keep the music dirty and weird. There are a bunch of kids doing that also. I would say those are the two things I would suggest.

Branko did actually end up sending us a sample later of his favorites from across the globe. Check out his suggested tracks below, and a giant thank you to the amazing producer for teaching us yet again about music!

South Africa: Jumping Back Slash – Put Your Fires Out 16 Bit Lolitas returns to shower us in musical 'Stardust' 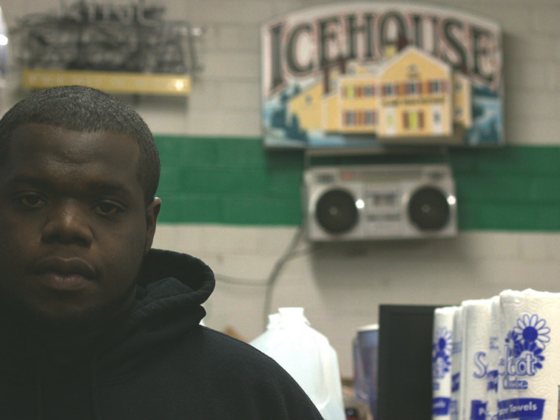