British trio Years & Years has seen 2015 quickly become solidified as the year of their rise to stardom. While in 2014, the band had sold out shows, a rapidly expanding fanbase and multiple viral hits, the guys landed their first official number one hit with "Kings" earlier this year. With the release of "Worship" a month ago, they've continued to give us a sneak peak into their forthcoming album debut. Communion will be out on July 10th via Polydor Records, just following their already hyped performance at Glastonbury.

Today they've announced their next single from the album entitled "Shine." With another addicting vocal, the track takes on a sexy approach to pop with vintage vibing synths. Due out July 10th, it's available for pre order along with Communion. 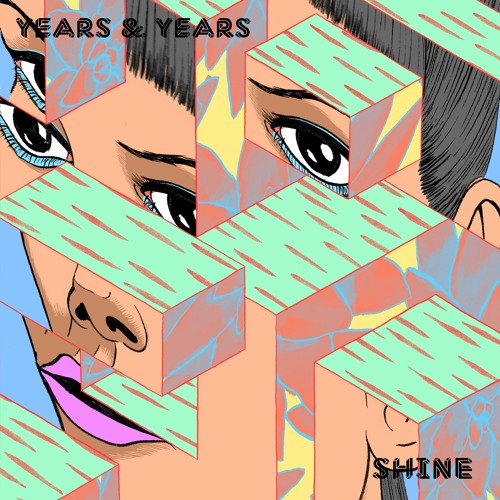 Mark Johns teams up with Bearson for "Imposter"