Often times it is the virtually unknown artist that can provide just the right amount of spark to a song with their remix to truly make it stand alone instead of merely casting a shadow from the original. Taking on Beat Connection's newest song in a long line of other hits, Amsterdam DJ and producer Saux shines a light on "Illusion".

While it seems intimidating to take on remixing duties of Beat Connection's songs, as they mix complex downtempo and experimental backings, Saux steps up to the plate with poise. In a way, Saux's version of "Illusion" carries heavy similarities to his popular remix of Shy Girls' "When I Say I Love You" in its ability to bring out the hints of intimacy found in each vocal verse that can seem absent in their original state. As a whole, Saux's reworking of "Illusion" in toned-down and laser-focused, showcasing that the original carries heavy accessibility, much like the entirety of Beat Connection's catalog.

"Illusion" will be apart of Beat Connection's new album due out later this year. If given the opportunity, catch them at either Lollapalooza or Music Fest NW. 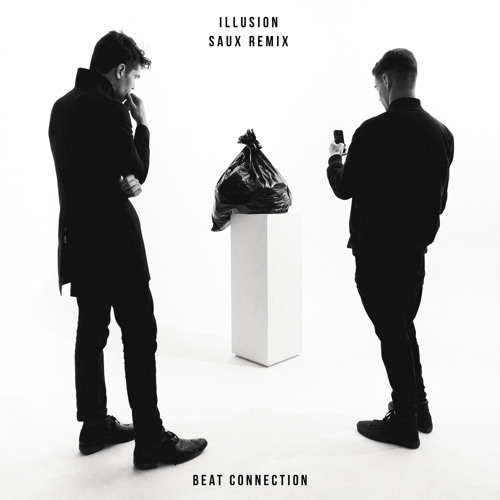