Kid Astray prove "It's Alright" in an exclusive interview

As a 6-piece indie pop group, Kid Astray live up to their name in straying from the norm within their genre. Instead of allowing the large group of musicians to distract in any way, they free themselves to be very diverse within their style, injecting songs with dual male/female vocals or bizarre instrumentation that just works at any given moment.

The one unified sound found throughout Kid Astray's catalog is their ability to build a song around an infectious hook. Highlighting a sing-along chorus is not always an easy task, however Kid Astray provide powerful transitions that build up to and fade out of their highs, all while maintaining a progressive drive throughout.

Amid the flourishing Norwegian music scene, Kid Astray find themselves branching out from other artists from their country, including Kygo, Lemaitre and Röyksopp. As close in proximity as these artists are from, Kid Astray look to foreign music as their biggest influence. In listening through Kid Astray's past releases, it is no wonder that bands like Foster the People and Passion Pit have been listed as influential to the band. While listening to their recent music there are nods at the two acts throughout. This acknowledgement coupled with the band's adventuring spirit is what makes Kid Astray stand out from the crowded genre.

In hedging further into their own identity, Kid Astray will release their debut LP, Home Before the Dark, in the United States on June 15, via Cosmos. In leading up to the album Kid Astray have released "It's Alright", an easy-going, catchy nod at what's to come. Co-written by both Markus Jägerstedt and Peter Bjorn and John's Peter Morén, "It's Alright" remains true to their sound, offering exciting insights behind where the band is going and where they have been.

We were able to catch up with Kid Astray to ask a few questions about the release of their upcoming debut album and also how they have gotten where they are now. Additional songs off of Home Before the Dark are also shared throughout the interview.

EARMILK: With the US release of your full-length debut, Home Before the Dark, just around the corner, what are the emotions floating around the band?

Håkon: Well, excitement, of course. Relief for it to finally come out. And also the wee bits of downright terror.

Jakob: This album is our baby, and we have been living with these tracks for such a long time now. It's going to be amazing to finally slap it out there to people. Like an exorcism.

EM: How would you compare Home Before the Dark, to last years Taking You with Me EP or 2013’s Easily Led Astray?

Jakob: The sound definitely has grown a lot bigger since Easily Led Astray, I would say. It has turned out a lot more synth based as well. The songs have slightly bigger cojones than back then. Taking You With Me EP was the first taste of that sound, I guess.

Benjamin: The sound has definitely expanded into something bigger than before. With this album, you will get to dig deeper into our sound.

EM: Is there a specific theme behind the music on Home Before the Dark?

Jakob: Well, it's not like a concept album, but the main themes throughout the record is love and growing up. Which has a lot to do with each other, I guess.

EM: It is hard to put a finger on your style — who would you say have been the biggest influences on the band in the past few years?

Benjamin: There are just so many bands, you know... But some of the biggest influences for us might be Foster The People, Passion Pit, The Wombats and Peter Björn and John. We actually got to work with Peter and Tord (The Wombats) on this record, which is awesome. The new "wave" of norwegian electronic music and bands is inspiring as well - It's cool to watch Norwegian artists getting international attention!

EM: As a 6-piece band, do you ever run into the issue where there are creative differences in writing/recording? — If so, how do you handle them?

Jakob: Within the band, we usually agree on most stuff, which is super nice. If we should ever disagree on something though, we just beat each other half to death. That's the easiest way to prove a point, haha.

EM: Having fully met and in 2010 while in High School, how would you describe the evolution of Kid Astray over the years?

Jakob: We've certainly had a pretty steep learning curve through the years, both as individual musicians and as a group. In our early days as a band, we didn't really think things through as much as we do now. Like why the hell a "gipsy rock" track would feel weird opening a live set with funk music. Ha.

We've obviously started to grow up as well. Some of us have even managed to grow some facial hair. Pretty sweet.

EM: Being from Norway, how would you describe the current Norwegian music scene?

Håkon: It's diverse and exciting, really. The electronic music scene has grown massively in Norway over the last years, and has spawned many great artists and producers. Like Cashmere Cat, Todd Terje, Kygo, Coucheron etc.

EM: What music has been stuck on repeat for you so far this year?

Jakob: I have listened a lot to The Wombats' albums. I love them. Can't wait for Glitterbug! We actually visited Tord over in Liverpool last summer and got to listen to some demos from the album. Sounded amazing.

EM: Is there anything you would like to say to your fans?

All: Stay true, we love you all. Hope you like the album! 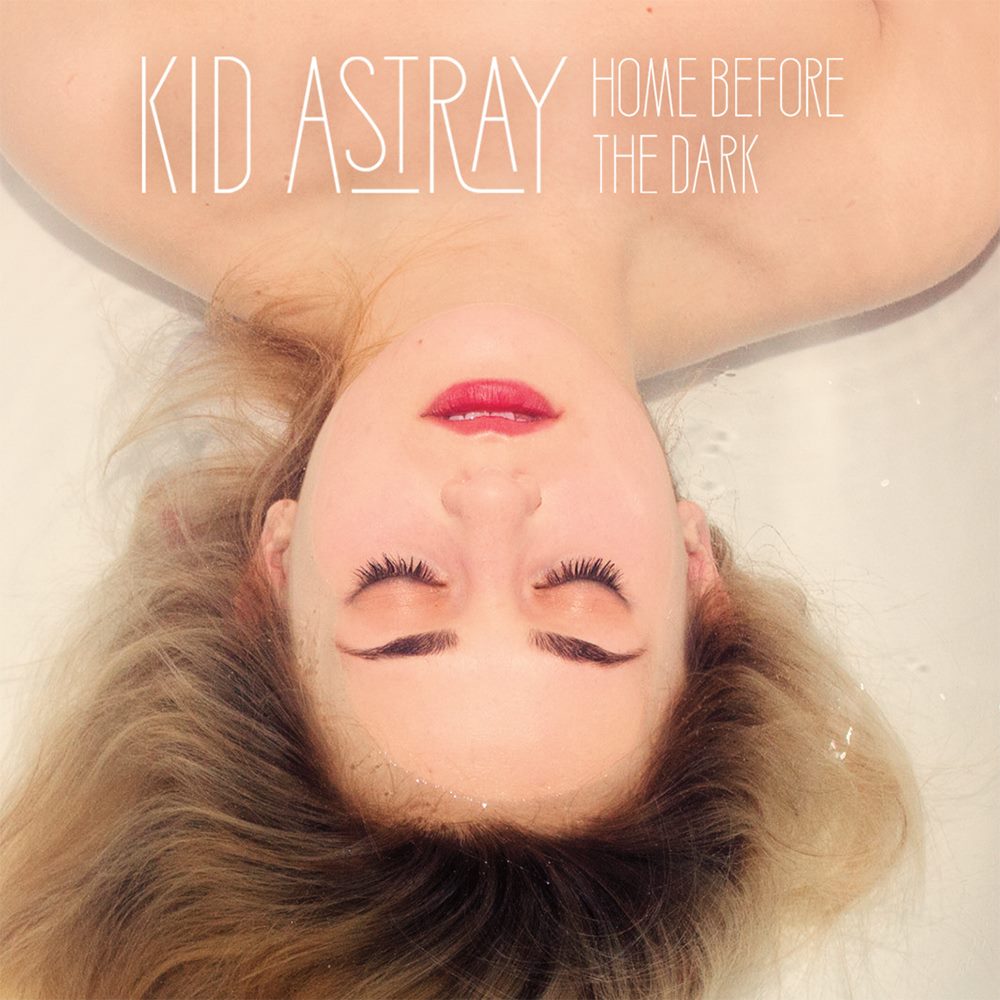 Home Before the Dark