For some strange reason, I've never gone out of my way to check out hip hop from UK. I'll vibe with it when it comes on at a party or on the radio, but its never hooked me. But if there are more acts like The Four Owls out there, I'll have to change my gears. "Think Twice," the second release from their upcoming project, Natural Order, has the supergroup made up of Leaf Dog, BVA, Verb T, and Fliptrix dropping bar after bar as they cruise the most scenic spots in their area. While The Four Owls are untouchable, the crowing achievement has to go to Dog and hip hop's finest producer DJ Premier for crafting a beat that could turn any casual rap head into a raving fan.

Check out the video above and make sure you pre-order Natural Order here before its February 12th release date from the folks at High Focus Records. 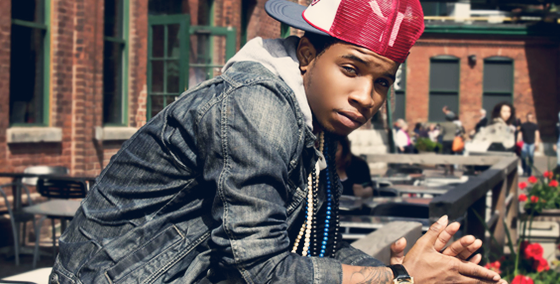 Tyrone Briggs puts in serious "WORK!" in this one [Premiere + Download]