Pierce Fulton remixes Dillon Francis's "When We Were Young"

It felt like it had been a while since we had heard any official releases from Pierce Fulton when he released his remix of Goldhouse's "Feel Good" earlier this year. But since then, he's been cranking out the EPs and remixes: from his work on Cash Cash's "Surrender" last week, to his remix of Dillon Francis's collab with Sultan & Ned Shepard and The Chain Gang of 1974, "When We Were Young" that he posted on his Soundcloud this week. Due out "soon," with what I'm sure will be a fully remixed Money Sucks, Friends Rule, the remix takes the vein of one of his most successful originals of the year, "Kuaga," and expands upon its upbeat progressive delivery to a new form that gives some maturity to its original. Check it out below. 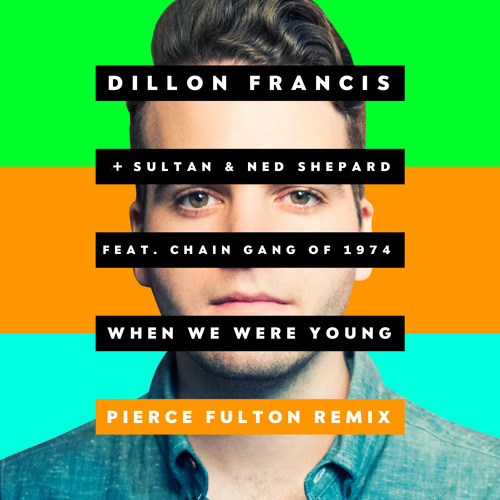